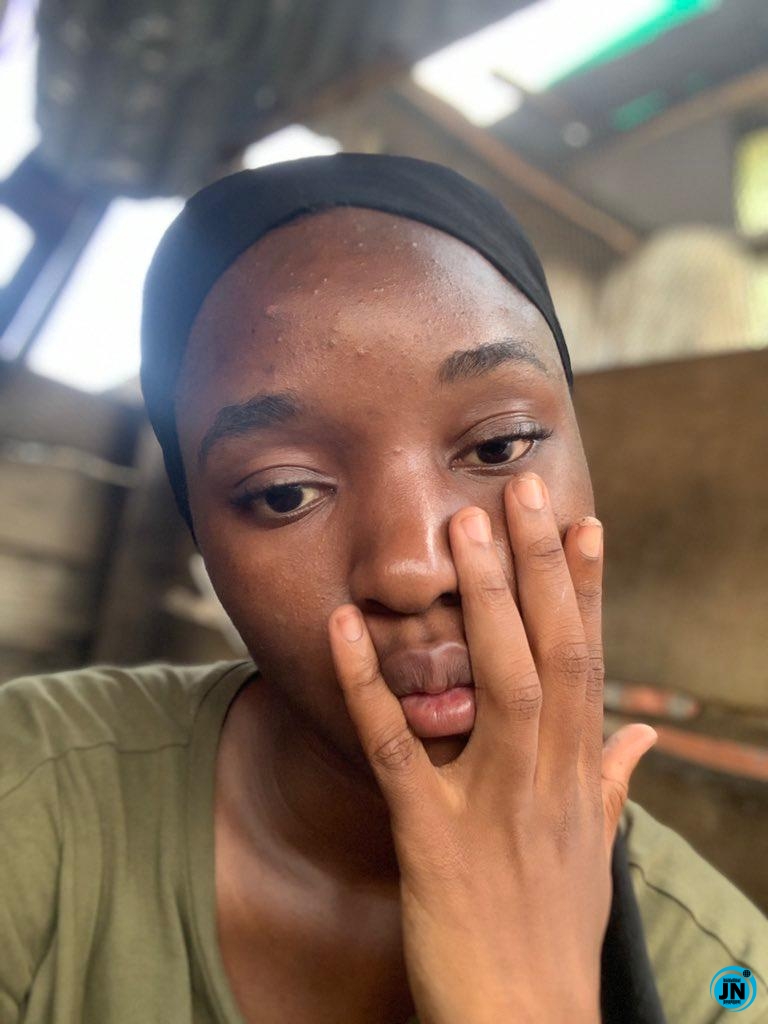 Young lady argues that men who seek financial assistance from their women often times are not of good intentions to the relationship.

According to a Twitter user identified as @GoodnessAdeosun, state that even though women do the same, it does not qualify a man for such path.

‘‘I don talk am, any man that asks you for money doesn’t love you. Don’t let him fool you. Don’t come here to tell me that we women do that to.

I don’t ask my men for money when I’m in need. I have my siblings to ask money from, I have my parents..If he does, it means he has no respect for her or he’s using her.

No woman should ever supply a man with money if they are not married. If a man is handling his responsibilities properly, he shouldn’t need to take money from a woman.

If he’s not, why would you want him in your life.I am wary of men that do that.If he’s so much in need.Don’t he have male friends outside?If he Doesn’t have such kind of connection or strong pillars outside, it’s scary to make that person your life partner.

What happens if you both don’t have the money?” 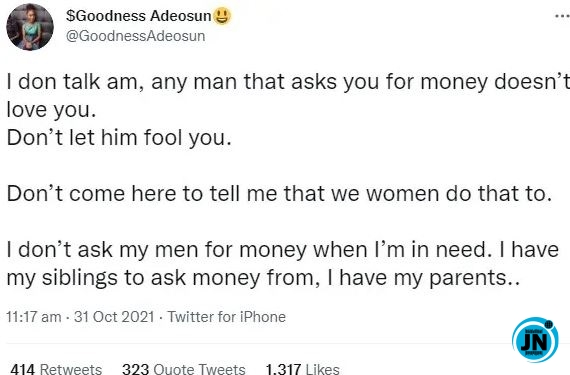 Man gives glory to God after surviving ghastly accident that wrecked his car completely (Video)
Champions League: Messi Names Six Clubs That Can Stop Psg From Winning Trophy
‘Is That Why You Married Someone’s Grandfather?’- Fan Drags Regina Daniels After She Said This On IG
Tacha dragged on social media for shading those that can’t spell correctly