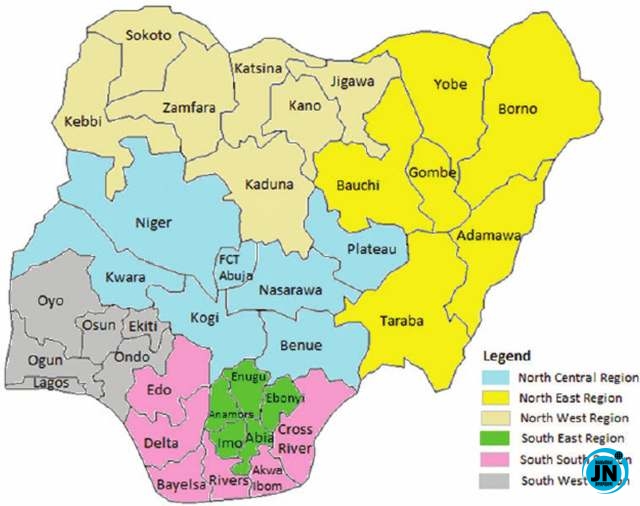 The Apex Socio-cultural organization of the South-South geo-political zone, Pan Niger Delta Forum, PANDEF, has said it is not for the north or anybody to say whether Nigeria will be restructured or not.

National Chairman of the Forum, Air Commodore Idongesit Nkanga (retd), made the assertion while reacting to the allegation by the Northern Elders Forum (NEF) that there was a plan to force restructuring on the north under the guise of ending the agitations against bad governance in the country.

Nkaang who pointed out that restructuring of Nigeria was a sealed matter, reiterated that even if the country was not restructured, it would eventually restructure itself.

He stressed that there was the need to still continuously educate them on what restructuring was actually all about, as they could be misinformed on the issue.

His words, “How should they (NEF) come out to say people plan to force restructuring on them under the guise to end the agitation for bad governance?

“By that statement, they have admitted that there is bad governance in the country. And must they be forced to do the right thing?

“Well that is their opinion, but the truth is that everybody is looking for a way to have good governance and if there is bad governance and restructuring is what will end it, a sensible person will not go and do otherwise.

“We have said it many times that whether we like it or not, if we don’t restructure Nigeria, Nigeria will one day restructure itself.

“Apparently, they don’t understand what restructuring is all about. I think we should try to continuously educate them because it is either they are misinformed, or maybe they are afraid of the truth.

“But if they know that restructuring is what will bring good governance and they refused to do it, then I am sorry for them, I am also sorry for this country. That is mischief.”

On the allegation of using EndSARS' aftermath to weaken the north ahead of the 2023 presidential election, Nkanga expressed sadness that the northern elders were more concerned about power than the future of Nigerian youths.

“It breaks my heart to hear people carry the EndSARS thing into the political arena. So power to them is more important than what the youths are asking for, they are asking for a good future.

“And nobody has come out to say that what they (Nigerian youths) are asking for is not genuine, but people are carrying that into the political arena. It means that power is more important to them than the future of our children.

“But it cannot stand. The wheel of justice might grind very slowly, but justice will always prevail. We are not saying they should not pursue their interest but how that affects the other people’s interest is what is important; you cannot pursue your interest at the detriment of the other people.

“I just pray that they will sit down and forget all about power-mongering. The life of our children is more important than the power they are looking for”, Nkanga stressed.

See The Photos Regina Daniels, Erica, Dorathy, Ebuka Shared To Celebrate Nigeria’s Independence Day
NigeriaAt60: Why I Can’t wish anyone a happy Independence- Yul Edochie
#BBNaija2020: ‘My Stay In The House, Does Not Depend On Any Housemate’ – Nengi Boasts (Photo)
1ST, OCTOBER,1960 NIGERIA GAIN INDEPENDENCE