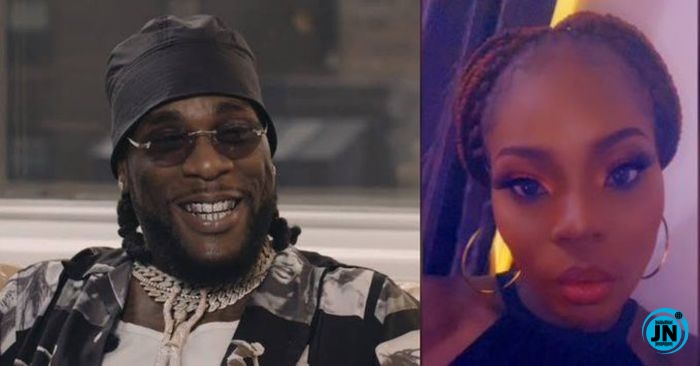 Lil Wayne performed a tribute in honor of NBA legend, Kobe Bryant and his daughter Gigi, who both died in a helicopter crash during the three hours show broadcast.

The lady took to Twitter to lament that he is totally undeserving of the award, saying BET gave him so peace can reign. 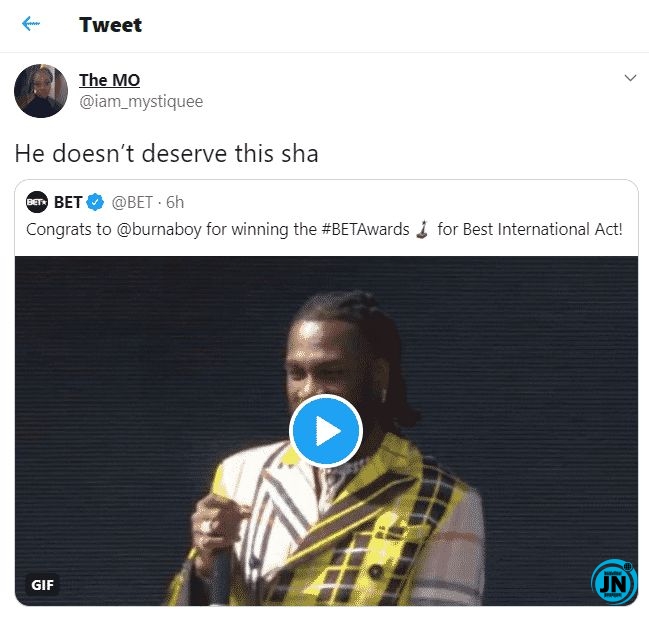 "If You Have To Force Any Relationship, Then It’s Not Worth It" — Actress Kate Henshaw
"BET Gave Burna Boy The Award So Peace Can Reign, He Doesn’t Deserve It" – Nigerian Lady Tweets
"You Say You're African Giant, Prove It" – AKA Tells Burna Boy
"At A Point, I Tried Committing Suicide But I Survived It" – Actress Steph Isuma, On Her Rape Experience

Nah your papa be drug addict. what has your father said to inspires knowledge in Africans?