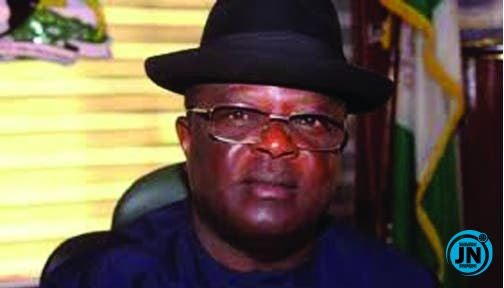 The Peoples Democratic Party (PDP) on Tuesday said that Gov. Dave Umahi of Ebonyi left the party for personal reasons, which Nigerians will come to know at the appropriate time.

The party in a statement issued by its National Publicity Secretary, Mr. Kola Ologbondiyan, in Abuja, appreciated Umahi for services rendered to the people of Ebonyi.

This, according to Ologbondiyan, includes when Umahi served as the State Chairman of Ebonyi PDP (2003 to 2007); deputy governor of the state (2007 to 2015) and two-term governor of Ebonyi (2015 till date), all elected on the platform of the PDP.

Ologbondiyan while wishing Umahi the best in his adventure called on the PDP members to remain calm and committed to the ideals of the party, saying no individual is bigger than the PDP.

The governor on Thursday confirming his defection from the PDP to the All Progressive Congress (APC), said he would not regret the decision no matter its outcome.

Why I stopped Imade from wearing expensive Rolex watch to school – Davido’s baby mama, Sophia gives reasons (Video)
Zlatan’s babymama, Davita Gives Reasons Why Ladies Should Not Chase Men
Teni opens up on reasons for choosing Davido on her album over Wizkid & Burna Boy (Video)
BBNaija 2020: Laycon’s team reveals shocking reasons why they did not want him to go for the reality show