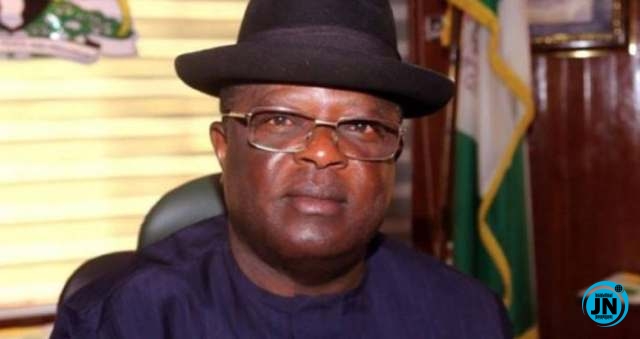 The Federal House of Representatives called on Governor David Umahi of Ebonyi State to look into the State’s criminal justice system, especially as it concerns awaiting trial of inmates.

The Chairman, House Committee on Reformatory Institutions, Hon. Anayo Nwonu, stated this when his Committee members paid a courtesy call on the State Governor, David Umahi at the old Government House, Abakaliki.

He added that the observation of the Committee was not encouraging, as it concerns the attention given to some Correctional Centres across the country.

He, however, commended Governor Umahi for the assistance his administration had been tendered to the Correctional Centres in the State

According to Nwonu, his Committee had been moving round to inspect facilities in the Correctional Centres across the country, in order to make informed recommendations that would reposition Nigeria’s Correctional Service in line with international best practices.

He said: “We are here today to carry out our oversight obligations to the Correctional Centres’ facilities in Ebonyi State. We have carried out the similar tasks in other states and we intend to cover all the states in the six geopolitical zones of the country.

This is necessary in order to carry out on the spot assessment of the State and condition of these facilities in order to make informed recommendations that will reposition Nigeria Correctional Services in line with international best practices.

“Our observation so far are not encouraging and indicates a failed partnership between the Federal and the State governments on Correctional Service matters.

“I will like to use this opportunity to urge His Excellency to look into the State criminal justice system with regards to awaiting trial persons, though, the issue is a major one in all the Correctional Centres so far visited.

“You have done what other Governors have not done. We have visited other States across the country. After Imo State, Ebonyi State government is the second State that has rendered such a huge help to the Correctional Centres throughout the country.”

Governor David Umahi who was represented by his Deputy, Dr. Kelechi Igwe, commended the Committee for embarking on the assessment of Correctional Centres in the State, describing it as the first of its kind since the creation of the State.

Umahi further urged the National Assembly to liaise with the Federal government to ensure that there was an improved feeding of inmates in Nigeria’s Correctional Centres, as it was not a punishment Centres