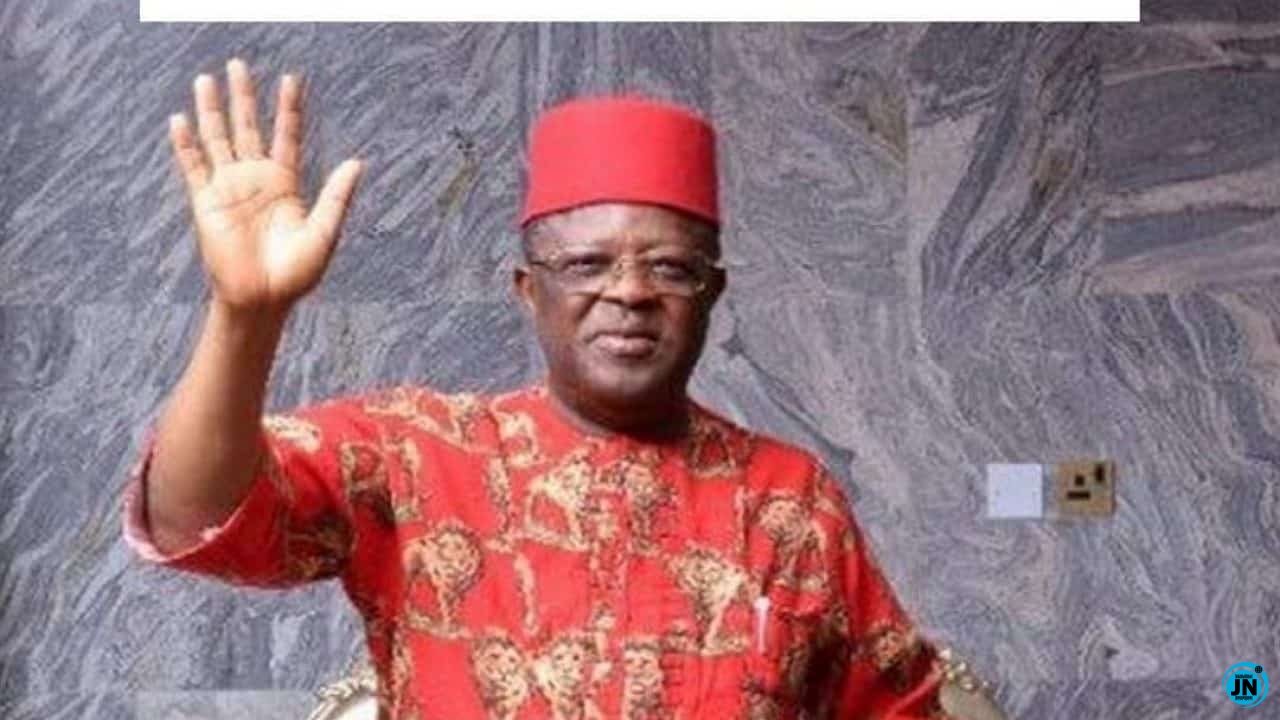 The Governor of Ebonyi state, David Umahi, is set to join the All Progressives Congress (APC) this week, The Nation reports.

A source said the governor confirmed his defection during a meeting with stakeholders in his Uburu Ohaozara Local Government Area country home on Sunday.

Minister of Science and Technology Ogbonnaya Onu did not attend the meeting.

Though details of the meeting were still sketchy as of last night, a source at the meeting said the governor also promised to reshuffle his executive council in December to accommodate members of the APC.

“He did not give us the exact date he will officially defect but he was categorical that it will happen this week,” the source said.

“Dump your boyfriend if he doesn’t spend on you” — Nigerian rapper, Zlatan Ibile
I dumped Ike months ago – Mercy Eke finally speaks, confirms she’s already married to someone else
‘If you’re a young guy with legitimate hustle, don’t date any girl dumped by a yahoo boy’ – Erigga
”I’ve dumped a man because of how his ex looked” —Socialite Huddah Monroe