#EndSARS: Mother narrates how her son killed himself after losing N7m in SARS illegal detention
Posted by 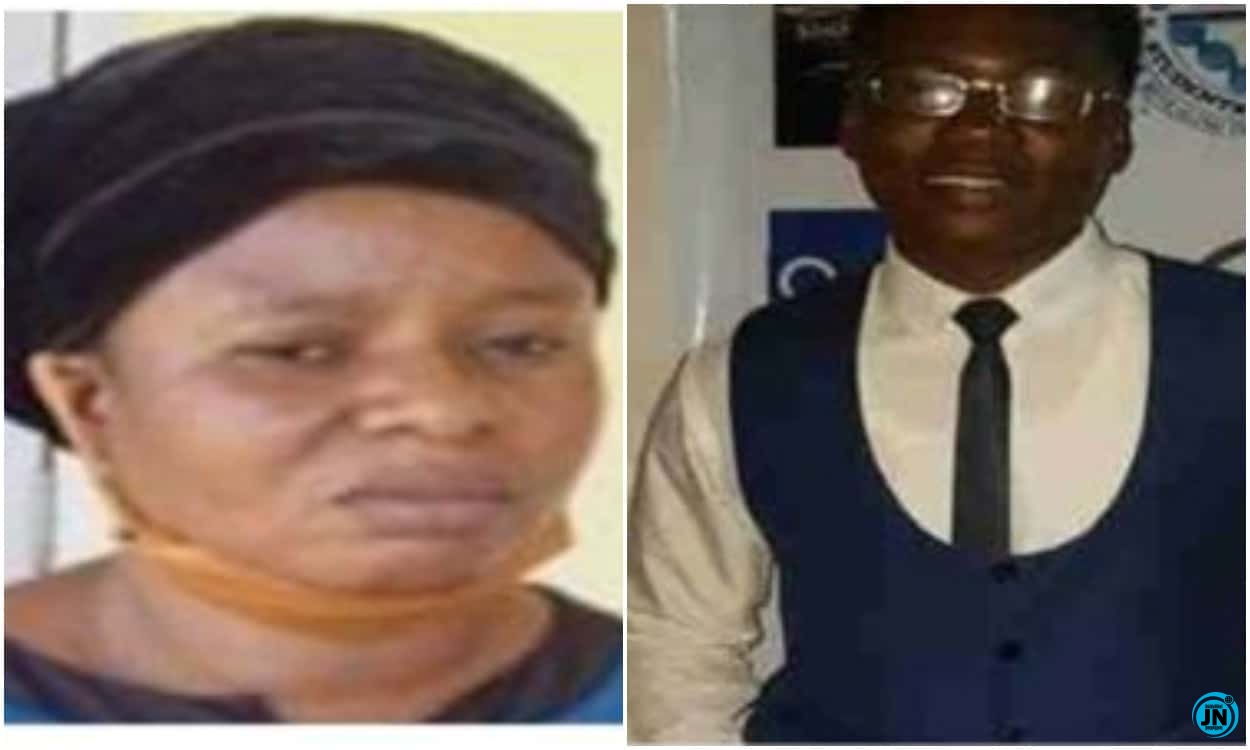 A Nigerian mother, Funmilayo Akinade whose son, Seyi Akinade killed himself earlier this year has narrated the sad story.

According to how her son, after losing N7 million in forex trading following his arrest and illegal detention by SARS operatives.

Kemi Filani reports that Mrs. Funmilayo narrated to the judicial panel in Ogun state that her son, Seyi was a student of the Federal University of Agriculture Abeokuta FUNAAB when operatives from the Zonal Intervention Squad of SARS, a police formation at Obada-Oko, near Abeokuta, allegedly raided her son’s hostel and arrested he and some other students.

The agitated mother said after the unjust arrest of her son, he became sad and depressed and drank a toxic liquid later confirmed by a medical doctor to be the insecticide brand “sniper”

Narrating his experience, a witness and a friend of the deceased, Damilare Adejoro, who was also among those arrested by the disbanded SARS operatives, said

“On February 3, 2020, Inspector Babajide Adebusuyi and his three other colleagues raided and arrested all the 17 students staying inside Chocolate City Hostel at Camp, Abeokuta, detained and locked us all night inside the cell at the Station. The officers did not tell us what our offense was but rather when we got to the station, we were locked up with other 52 inmates already in a small cell after we were asked to pay a sum of two million nairas for bail which we could not afford to pay.”

Adoro added that while in the police station, Seyi who was a forex trader pleaded with the officers that he had opened a trading business online that would run into loss if not attended to, but they refused him access to his mobile phone, slapped and even made a jest of him which eventually made him lost over seven million nairas.

Adoro added that before his friend committed suicide on April 22, 2020, he went on his Twitter page and wrote several, “this is my story in case anyone is wondering why I did it”. He told the panel that on Seyi’s last day on earth, he wrote“I guess it’s goodbye now…no one heard my cry for justice and this had to happen haha…bye world”.

Reacting to the testimonies, Inspector Babajide Adebusuyi said they arrested the victim, “but it was because they got information that some people were smoking Indian hemp in the house even though the deceased, as well as his friend, was not culpable.”

“If any preacher tries to give you a vision, run!” – Lady narrates how she was duped of N3.2M
Nigerian man narrates how he impregnated his mother-in-law who later gave birth to boy
Bovi narrates experience at a hotel in London where he was mistook as a fraudster
“You should be happy I even opened my legs for you” – Man narrates his experience with a soon-to-be babe