“Who is your mate?” – Bobrisky shows off N114M account balance from one out of his six banks
Posted by 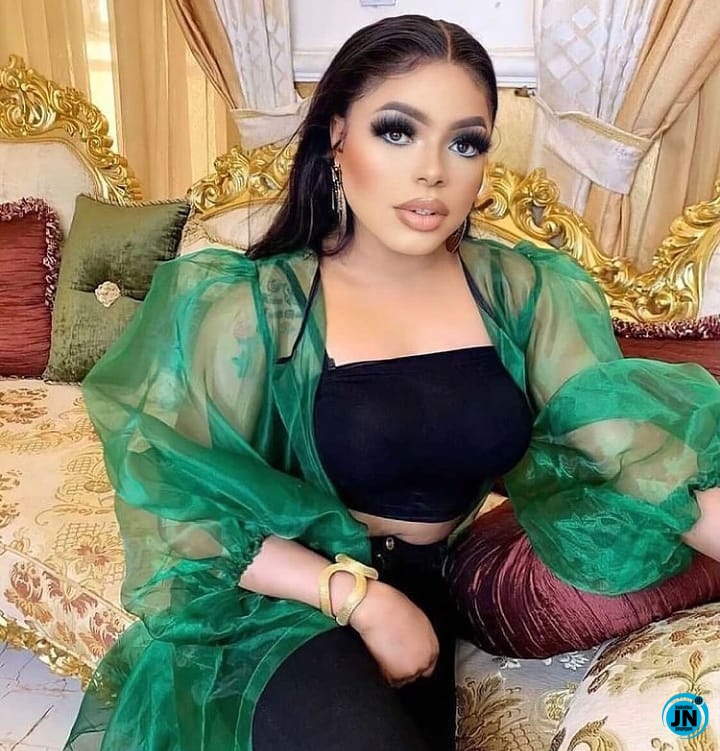 Controversial crossdresser, Bobrisky slams those competing with his lifestyle as he flaunts a balance of N114M  from one out of his six bank accounts. Bobrisky who never ceases to prove his worth decided to set a boundary with other crossdressers who see themselves as a worthy competitor.

In a now-deleted snapshot, Bobrisky flashed his bank statement worth over a hundred million nairas with claims that he has five more than possibly look as much loaded.

“Today I just want to brag. One of my bank alert balances out of 6 banks. Who is ur mate? 100million plus look at the date,” he wrote while sharing the snapshot. 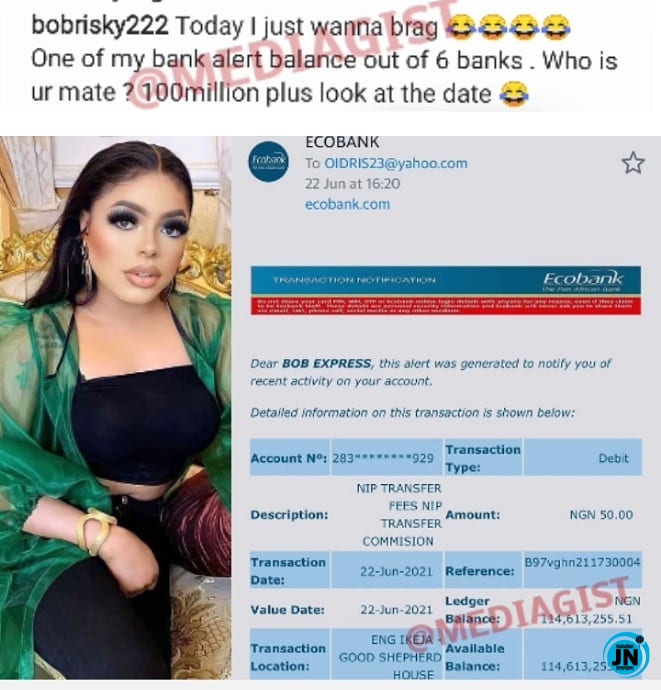