“U never still get sense for 2022” – Nigerians drag Dorathy Bachor over her statement to Kiddwaya as they clash on Twitter, Kiddwaya responds
Posted by 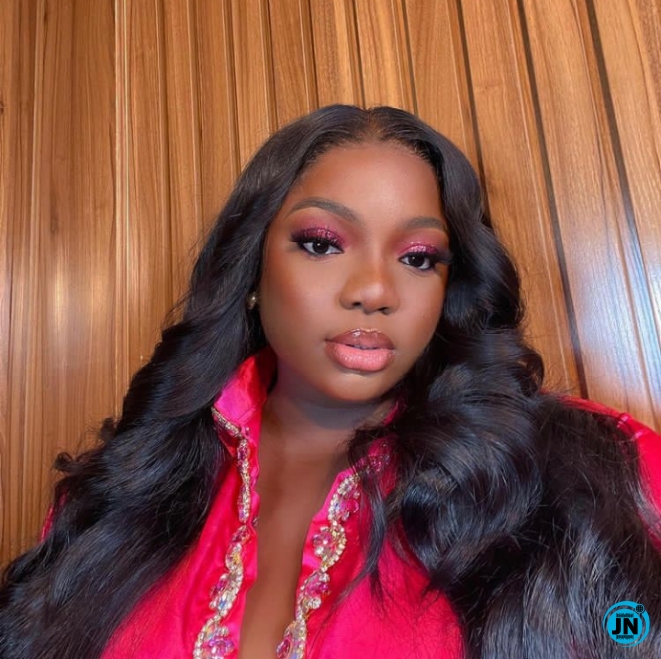 Former Big Brother Naija housemates, Dorathy Bachor and Kiddwaya have thrown shades at each other on Twitter.

The drama started after Kiddwaya made a post on Snapchat, claiming that he won so many housemates severally in a particular game in the house.

Reacting to this, Dorathy wrote:

“Casually going through Snapchat and I saw @RealKiddWaya post a snap saying he had so many victims in a particular game in the house.
I’ve come here to drag you with my full chest. What victims?” 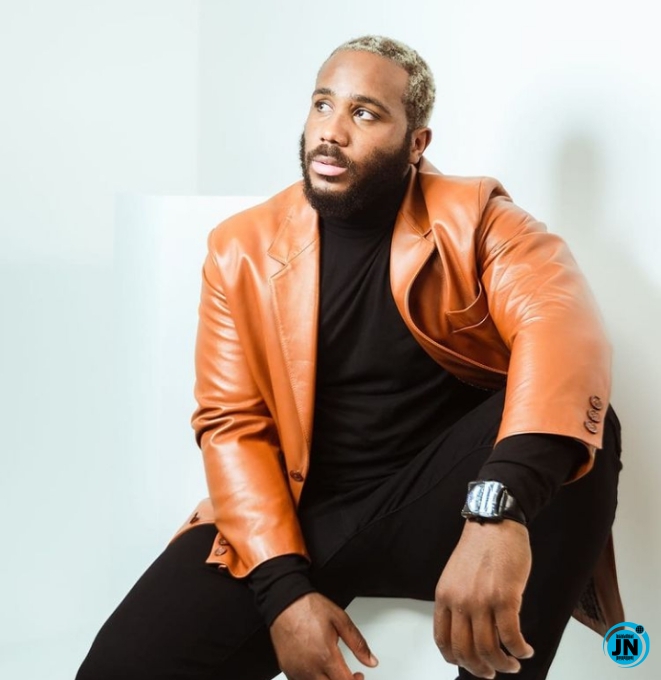 Kiddwaya also fired back at her, insisting that he rendered her homeless during the show.

“Biggie look into your archives and pull up the video of where I rendered @Thedorathybach homeless.

P.s @Thedorathybach do not reply back to me. My match isn’t finished yet! 1-0 🇳🇬”, 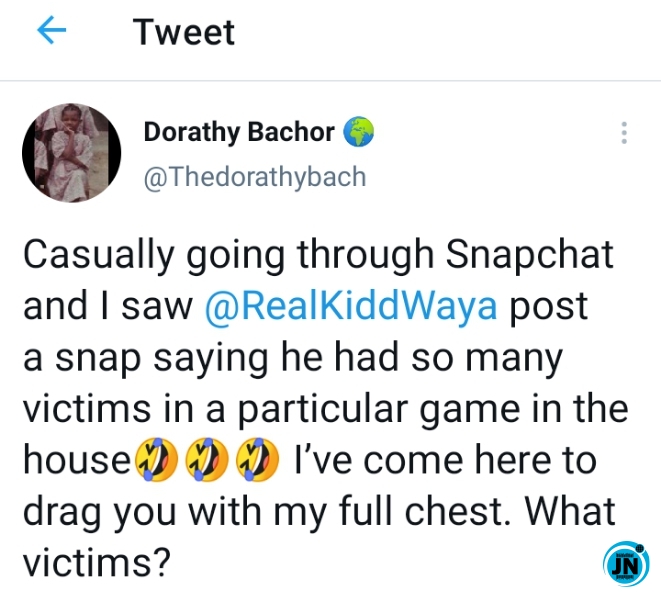 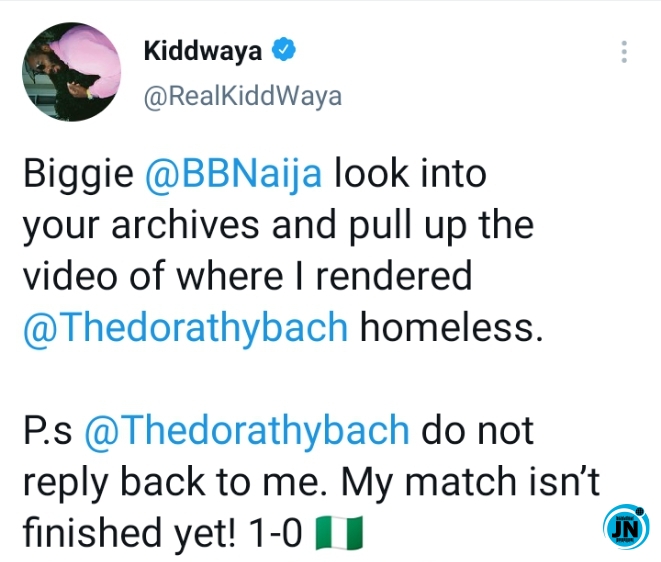 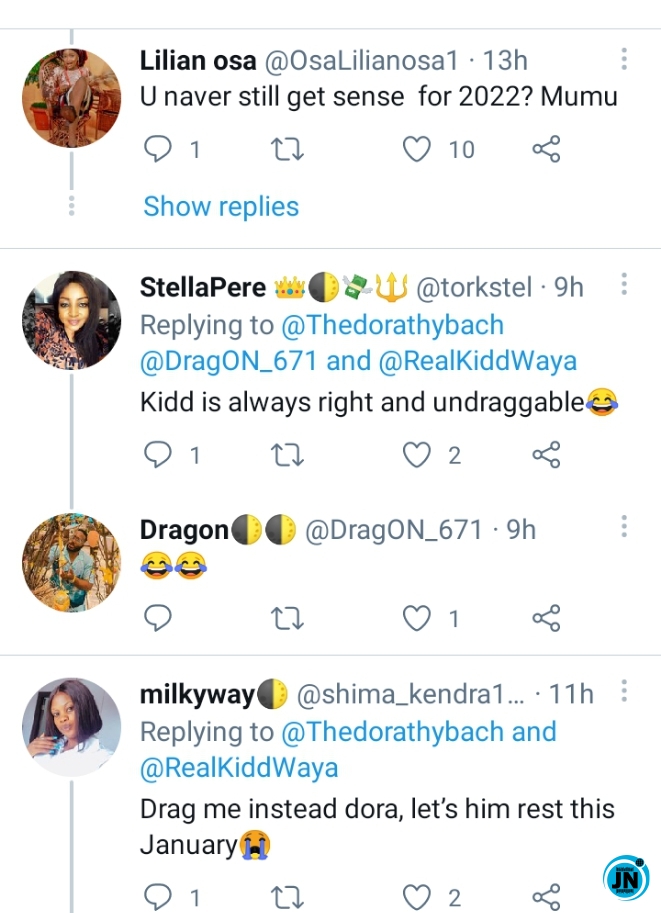 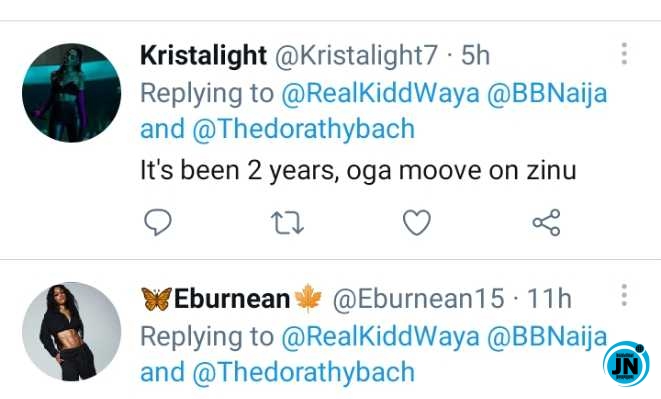 "I’ll Personally Sue You To Court’ – Comedian Funnybone To Seun For Attending AMVCA7 With Coronavirus
“God please heal her for us” – Fans pray as Tems postpones UK shows after being diagnosed with Reflux Laryngitis
Gov. Wike fulfills promise, gifts N10M each to artistes that performed at Burna Boy’s concert
“You should be happy I even opened my legs for you” – Man narrates his experience with a soon-to-be babe