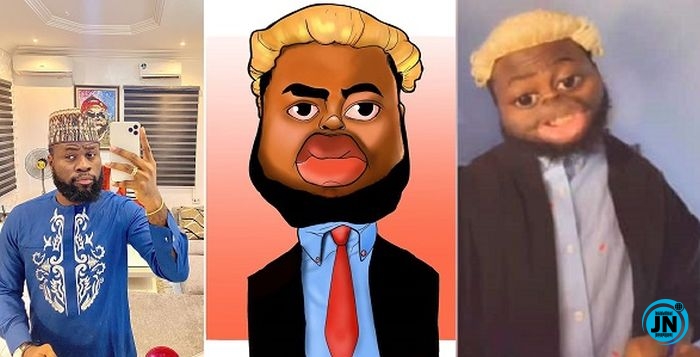 Lasisi, who’s known to use his venting and rants to make funny videos that gets most of his followers rolling with laughter, recently added a new character to his acting.

The character, who is a Nigerian lawyer called ‘Atomic Bomb’ is in his videos always seen shouting at or having a funny exchange with his clients.

Habib called out Lasisi after he posted a new video of ‘Atomic Bomb’ on his social media pages and ask that his followers tag any lawyer they know.

According to Habib, the NBA was tagged to the video, and he says if the comic act must represent their profession in his works, he should kindly ensure he properly adorns their attire, else they shall not hesitate to take necessary steps against him. 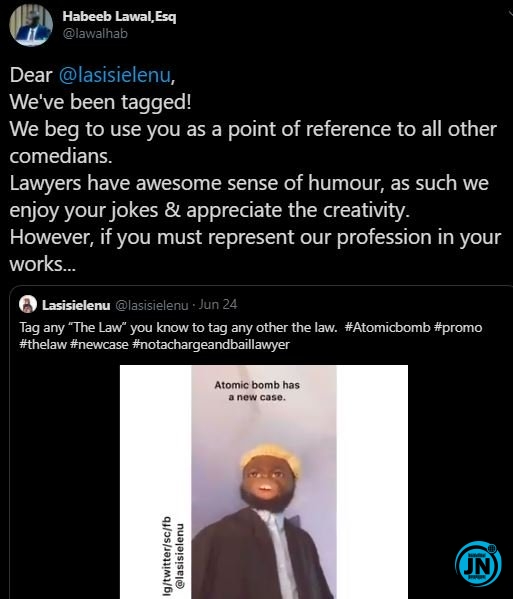 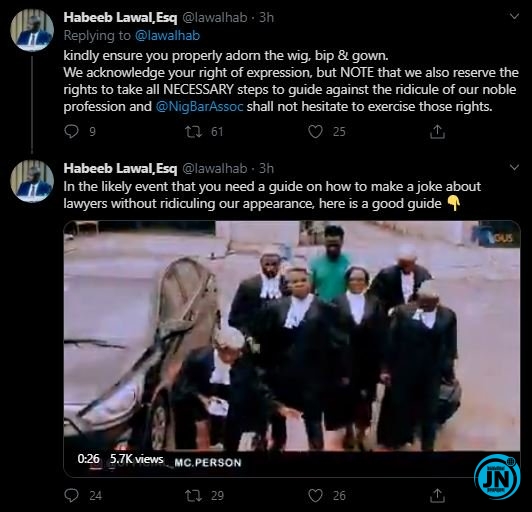