Lyta's Baby Mama, Kemi, has returned with a new episode of 'Dragging Lyta,' and this week's guest is his manager, Shigh (Seyi). As is customary, Kemi kindly took her fans down memory lane as she recounted how Lyta cried to her on various occasions about his struggling career and the role his manager played in it. 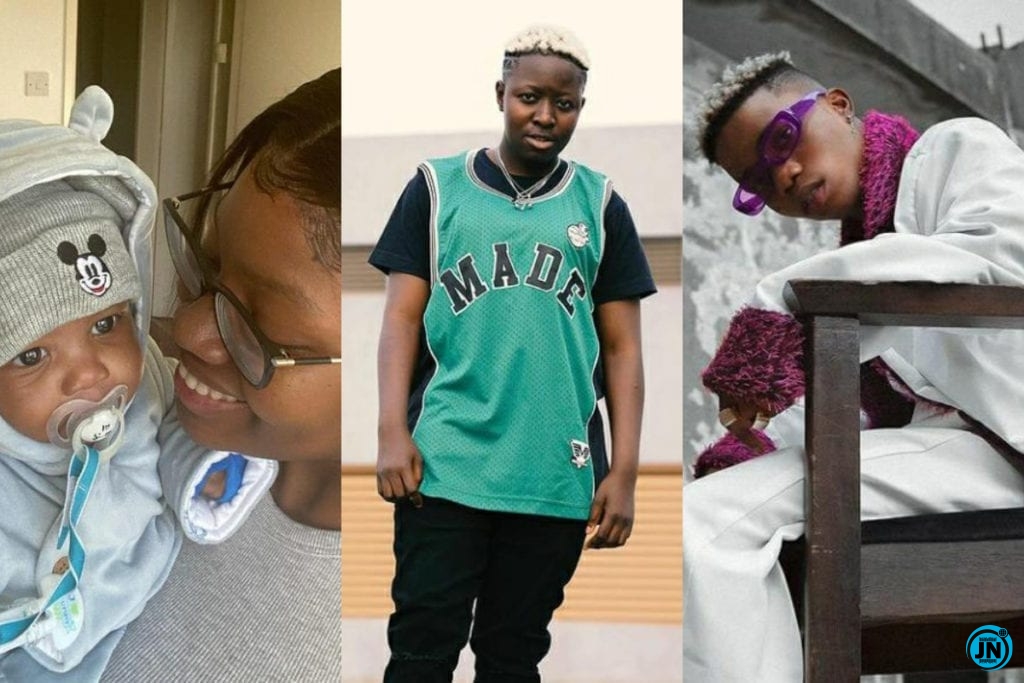 Seyi, according to Kemi, hampered Lyta's advancement and caused him to miss out on lucrative prospects that would have catapulted his success four years ago.
Shigh is the key reason why YBNL head Olamide dropped Lyta in 2018 and Duro Music refused to sign him because of Shigh, she revealed.

She dragged Shigh for reportedly shaming Lyta and bullying him into doing what she wanted. Lyta was also intimidated by Shigh when he told him he wanted to fire her and hire a new boss.

Shigh informed Lyta that he would never make it in the music industry without her support, according to Kemi, especially after her participation in Naira Marley signing him in 2020.

She wrote a direct message to her baby daddy, saying that even though she still despises him, she will fight for him in his battles.


See her posts below 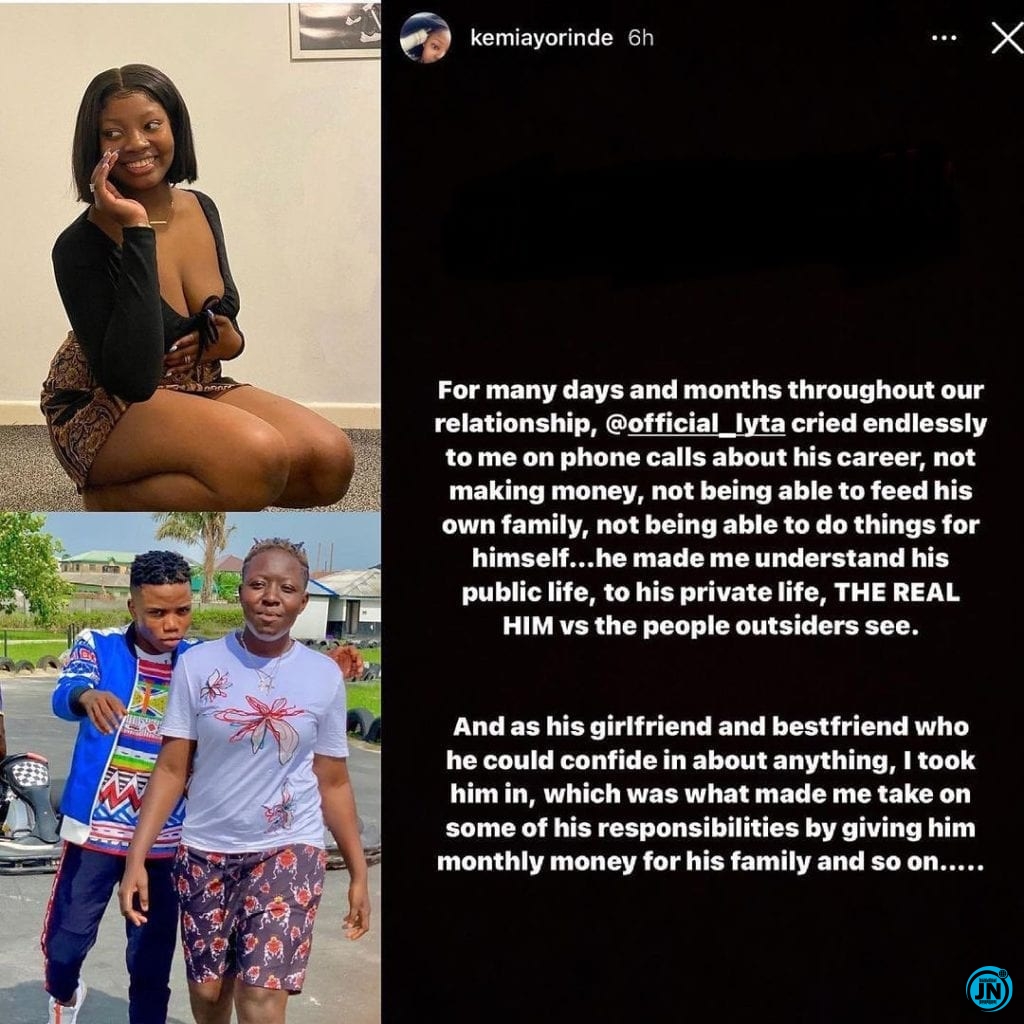 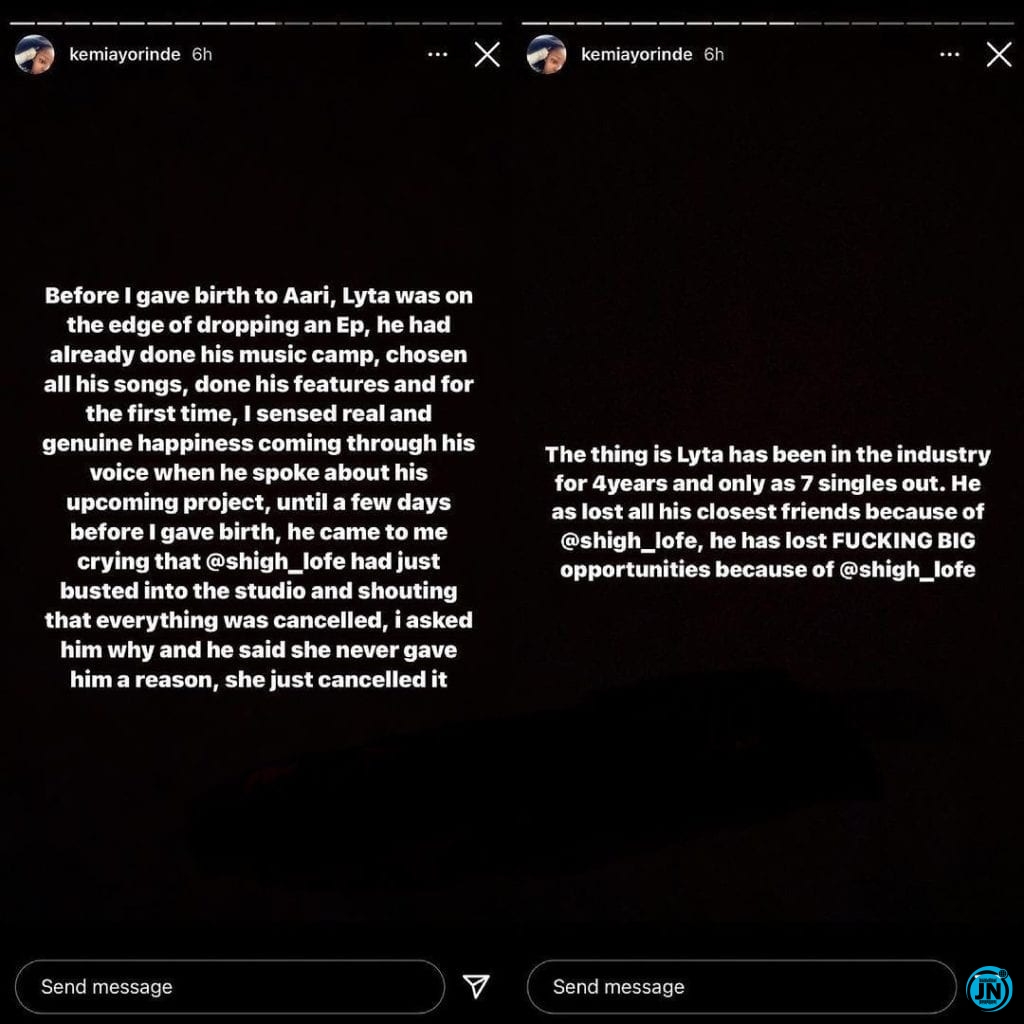 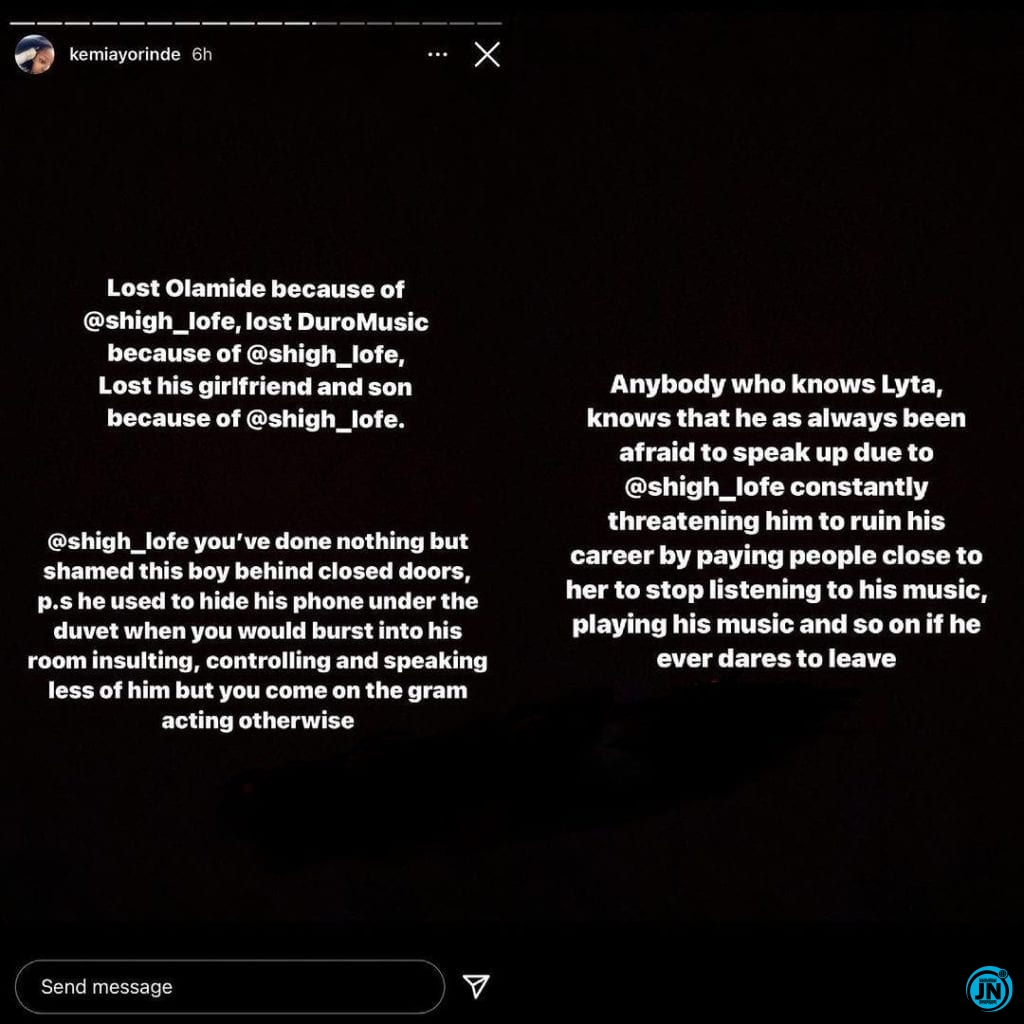 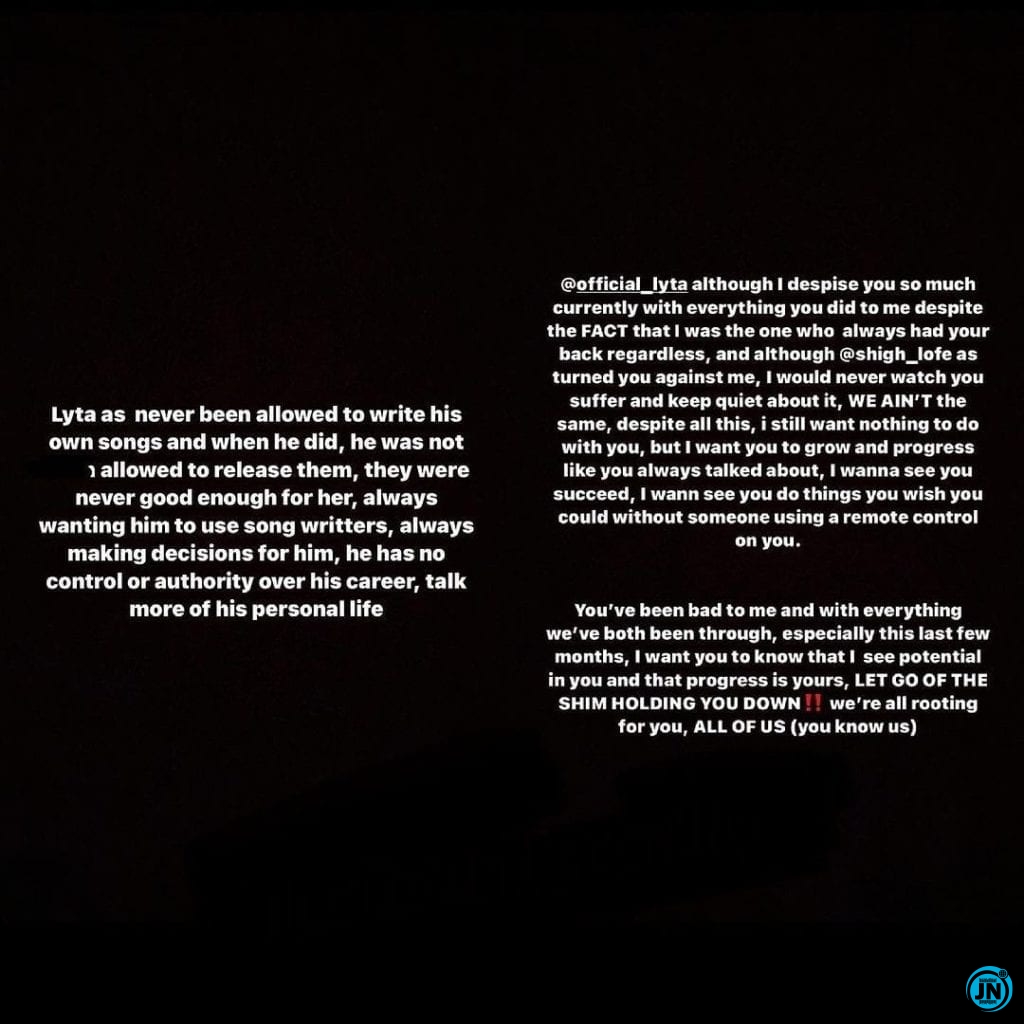 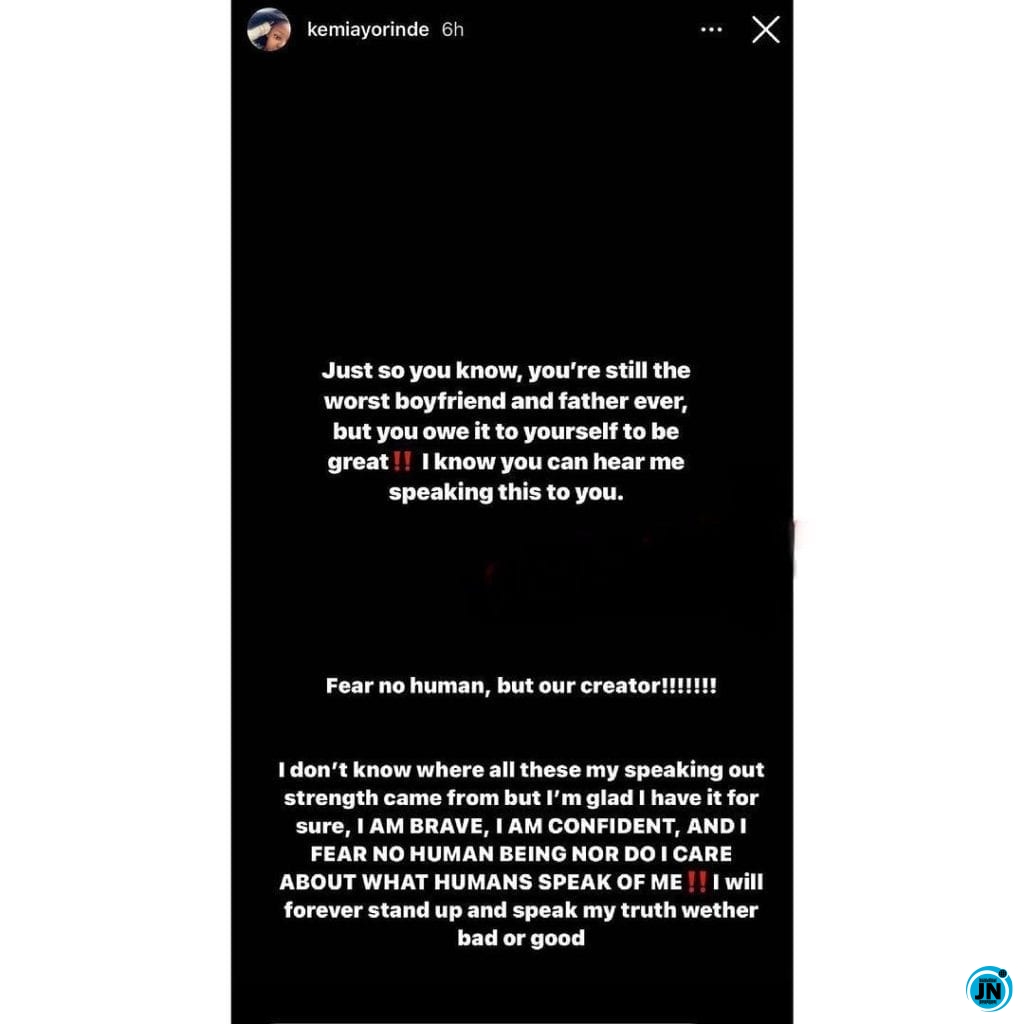 #DavidoAt10: 5 Reasons Why Davido Has Had A Successful Career In the Last 10 Years
Why Mercy Aigbe Visited Michelle In Canada
Why I Didn’t Sign Simi, Falz, Teni To Mavin Records - Don Jazzy
Actress Ruth Eze Revealed Why She Stayed For 4 Years Without S*x