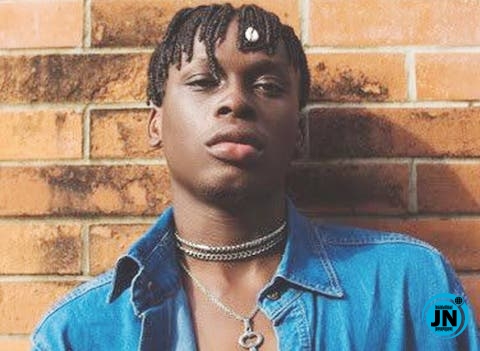 As rumours may have it, it is said that YBNL Records wonderkid, Fireboy DML might be releasing his second studio album next month, August.

Guess you'd be surprised while reading this just like me, like a new album coming up? Just around eight months after his first album?

Isn’t it too soon to release another one? Maybe he should calm down. Some of you will say.

But Fireboy isn’t resting any oars, as a tweet from @AfroPopNews confirmed that, all plans for the incoming album, “Apollo” which is the title of this new album, has been concluded.

‘This Is Trash’ - Americans Slam Davido After Dropping A Song With Their Favorite Rapper, Lil Baby (Photos)
Weeks After Dropping Made In Lagos, See How Starboy Wizkid Is Set To Surprise His Fans Again
Happy 1st year Anniversary to JustNaija - Drop your wishes here
Laycon Reacts Amidst Clash Over Next Rated Artiste As Omah Lay Drops New EP

Wonderful kid at work .more vibes to ur work bro