— Trouble looms for the Chairman of Five Star Group, E-Money as Inspector General of Police orders he should be probed.

— Inspector General of Police withdraws all the escorts following him. 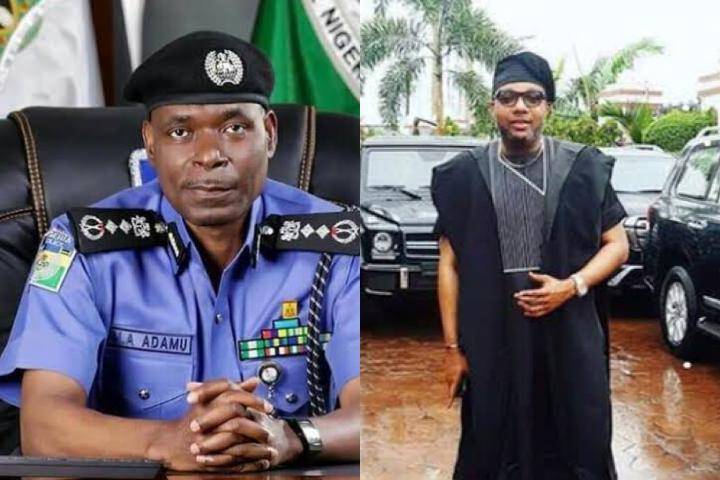 The Inspector General of Police, Mohammed Adamu has taken one step that is causing reactions by Nigerians on social media.

The IG has ordered the probe of the chairman of Five Star Group, Emeka Okonkwo popularly known as E-Money.

The main reason for the probe is due to E-Money’s flamboyant lifestyle.

It also said that the Inspector’s move is coupled with the fact that E-Money uses police escorts assigned to him as servants.

So he also ordered that the 6 Police escorts assigned to E-Money should be withdrawn.

Read what a top police officer said below: 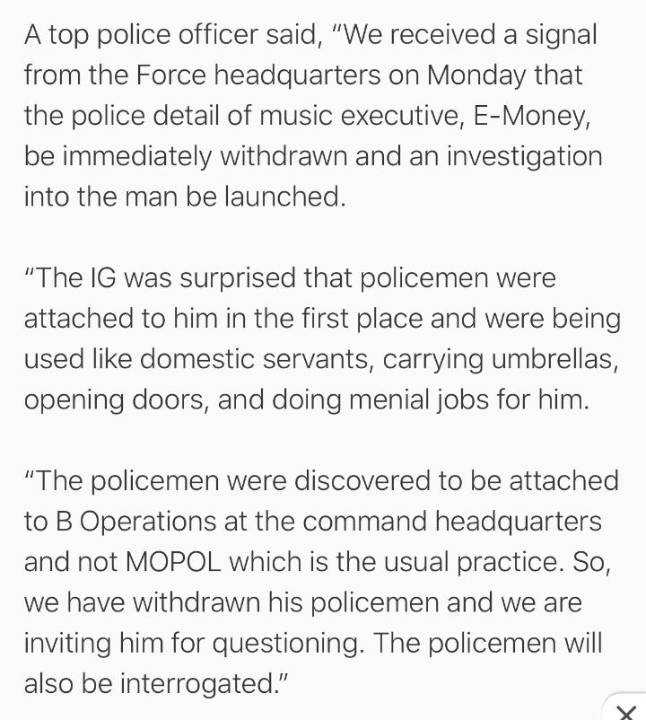 Meanwhile, Nigerians are reacting to this new buzz and they all have different views.

6 policemen for only him, aw many we get for the country sef

Must you announce investigations? Oga IG don't blame the ignorancy/ inefficiency of your boys on anybody, E-Money applied for personal security he paid for it, all they need to do is to let him know the maximum number he is entitled to, flamboyant life? arrest Dino first.

Of course...an Igbo man shouldn’t have so much money...if he does ...you people will create sanctions to frustrate his business or probe his life till he spends half his wealth in legal proceedings!!

Their is no problems investigating any1 or recalling the police escort attached to him. Especially wen any1 tried to use our force men like errand boys.

But the same tin should be extended to all these expired Chinese $ Lebanese.

In shot to the whole onyibo in dis country. 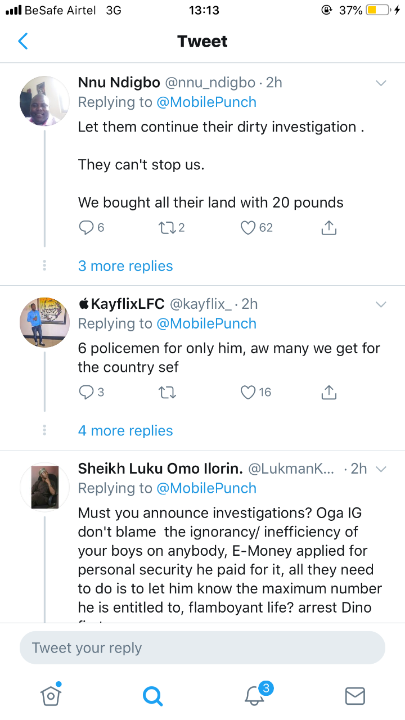 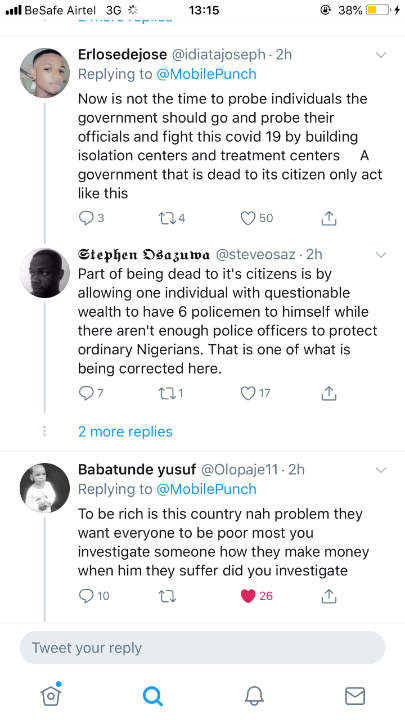 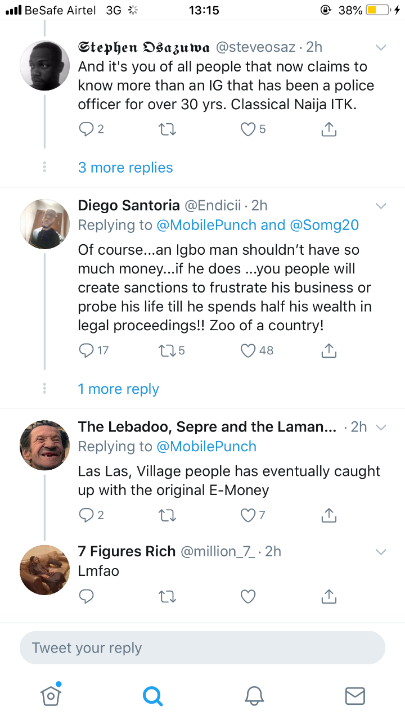 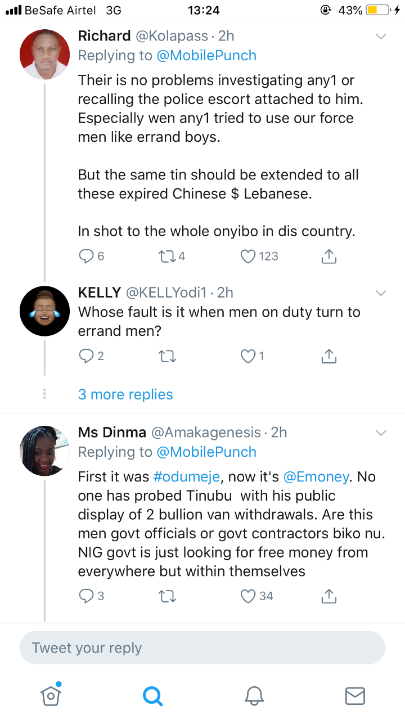