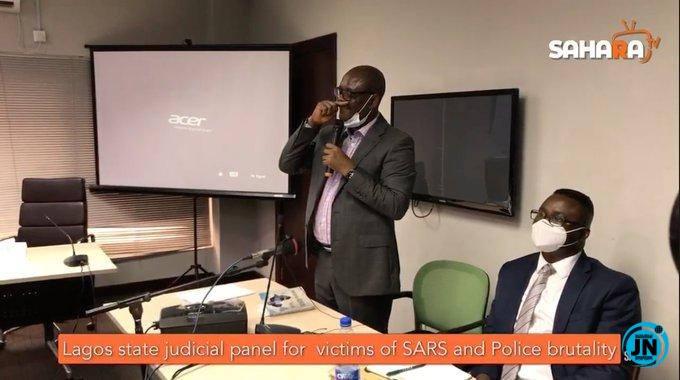 Managing Director of Lekki Concession Company, Abayomi Omamuwasan, has informed the Lagos State Judicial Panel of Inquiry that the Closed-Circuit Television camera of the company did not capture the shooting of peaceful #ENDSARS protesters by the Nigerian Army.

He informed the panel that the CCTV camera stopped recording due to the vandalism of some equipment and fire outbreak at the Lekki toll gate.

Omamuwasan had earlier submitted a hard drive to the panel, saying it contained the incident that happened on October 20, 2020.

While further testifying before the panel, he disclosed that the CCTV stopped recording around 8pm and did not capture the shootings.

He also said the company had three surveillance cameras located at Sandfill, Ikoyi Bridge and one at Chevron.

It stopped recording around 8pm,”

He added that the fire outbreak at the Ikoyi Bridge affected the CCTV cameras and it stopped recording.

Explaining the reason for the power outage, he insisted that the company complied with the curfew and asked staff to leave in adherence with the directive of the state government.