“You knelt down to beg after attacking me unprovoked, I’ll dig out the CCTV footage” – Ubi Franklin claps back at Timaya
Posted by 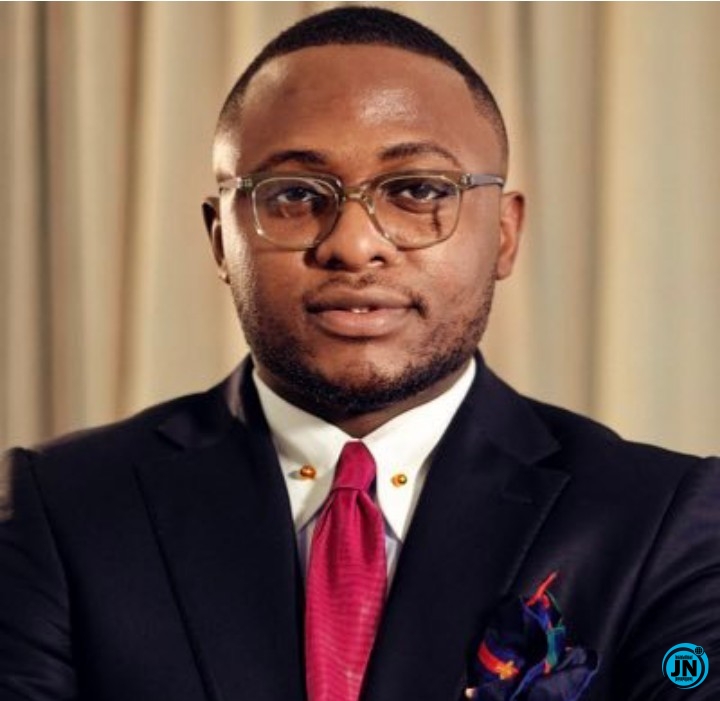 Music entrepreneur, Ubi Franklin has reacted to singer Timaya’s threat to beat him up for the second time.

The reaction is coming after Timaya asked him to focus on his new job of being the “nanny” to singer, Davido’s son, Ifeanyi.

In a swift reaction, Ubi clapped back at Timaya whom he said had assaulted him unprovoked but later apologized. 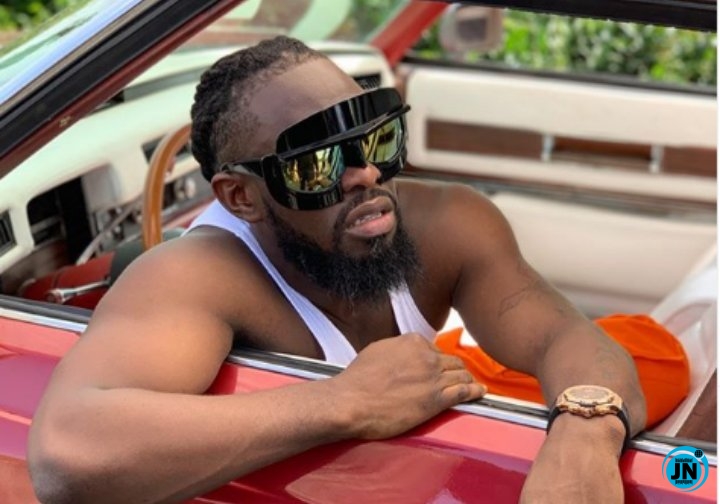 The music executive further claimed the singer blamed his action on alcohol while kneeling down to apologize to him.

He added that he will dig up a video surveillance footage (CCTV) to back his claim while also stating that Timaya is angry with him for telling him that ‘it’s wrong to knock a woman down and leave her to her fate’.

“Say the truth, talk who helped you that day timaya. you know the truth.

“Timaya is so petty. You are angry cos I told how wrong it was to knock a woman down and leave here to her fate. You come to talk trash here today? I am not a person that will see wrong and keep quiet. You were wrong to have knocked that’s woman down and left her there. Period.

“I made sure he got his, I wasn’t satisfied cos they were too many Big Boys/men who knew he attacked me unprovoked cos he was drunk and I did mine to fill gaps. I am not a violent person, but I will defend myself.

“I know because y’all see timaya act gangster you feel say him fit beat me No Wahala, I go find that CCTV footage From my oga house see how he knelt down to beg. He called me the next day to apologize cos he was high and attacked me unprovoked, self defense came to play.

“This is the tweet. You are not above the law, you knocked a woman down and expect that I Celebrate you? Never.” 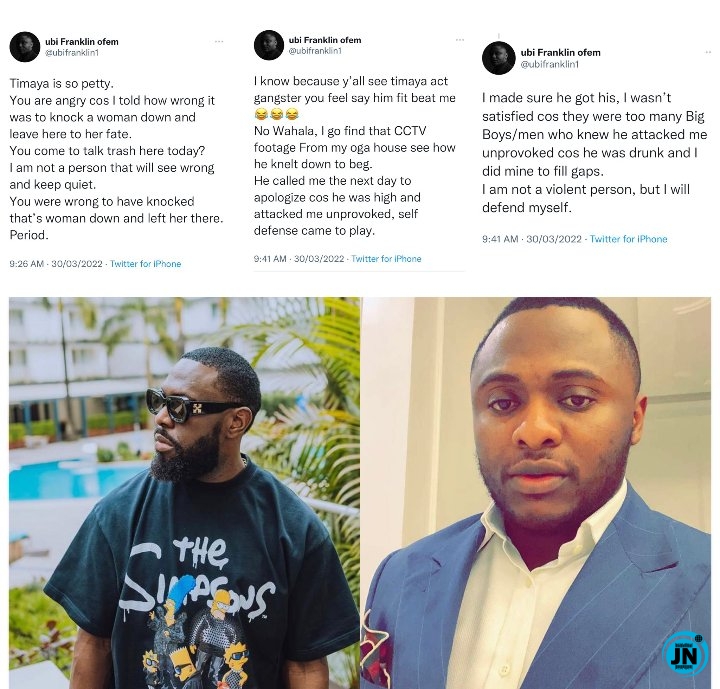 “I’m going back to diet, working out didn’t make me loose weight” – Davido laments
2023 Presidency: Anyone from South, not just S-East, can contest — Osoba
‘Don’t ever ask me about remarriage’ – Divorced actress, Chiege Alisigwe warns
“You think because we speak same language I won’t mind?” – Speed Darlington calls out Paul Okoye for “copying“ him