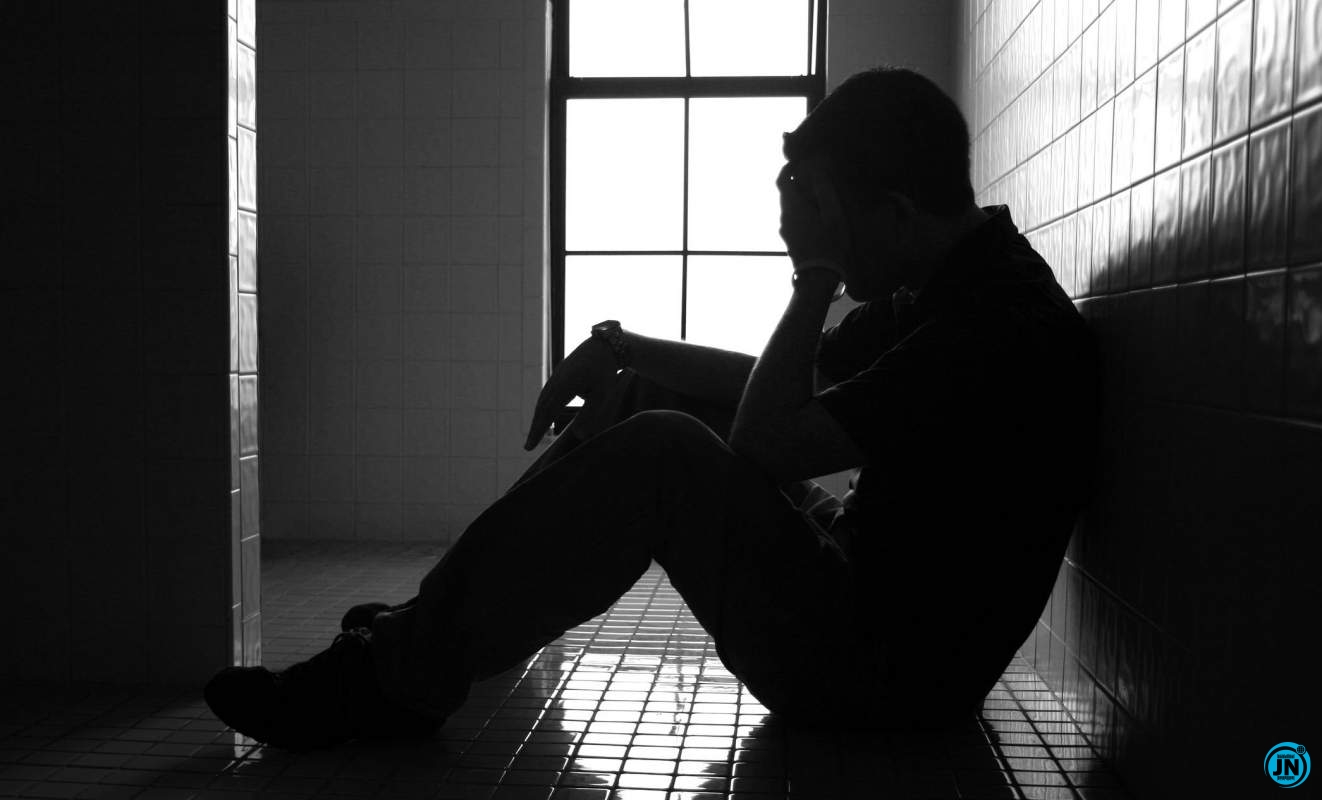 Man narrates a traumatic experience in the hands of a young lady who tried to frame him for sexual assault after he turned her down.

According to a Facebook user, Mokoena Sekhonyana Jobo who took to the social media platform to narrate his story.

“Met This chick at a house party in Melville South Africa. She said I was handsome and started following me as I mingled with folks. I didn’t pay any attention to it until I walked towards the hallway looking for the bathroom.

When I opened my new of the doors it was a bedroom, she shoves me in and quick slammed the door, locked it and hit the lights. I wasn’t feeling her like that so I pushed her off me and tell her to chill.

She kept trying to kiss me and and I then over powered her and turned on the lights. I told her I’m not feeling her like that and to back off. I unlocked the door and when I came out the bedroom sweating and angry her girlfriends were in the hallway.

They said where is she?? She then comes out of the room screaming “he tried to rape me!!” Immediately these guys started jumping me. I was screaming she came at me!! I started fighting who I could.

The police were called and the chic was crying and screaming! They show up and handcuff me then started man handling me.

The owner of the house came running out screaming “where did this happen?” She screamed “in the first room before the bathroom” he then said I have a camera in there that’s my office! The camera records videos and audios let me show you officers.

The chick immediately stopped crying. As I stood there in cuffs, I waited for them to come back. When they did, the officer said uncuff him and arrest her! The men I was fighting immediately apologized. That was my last party on the 16th of December 2019.” 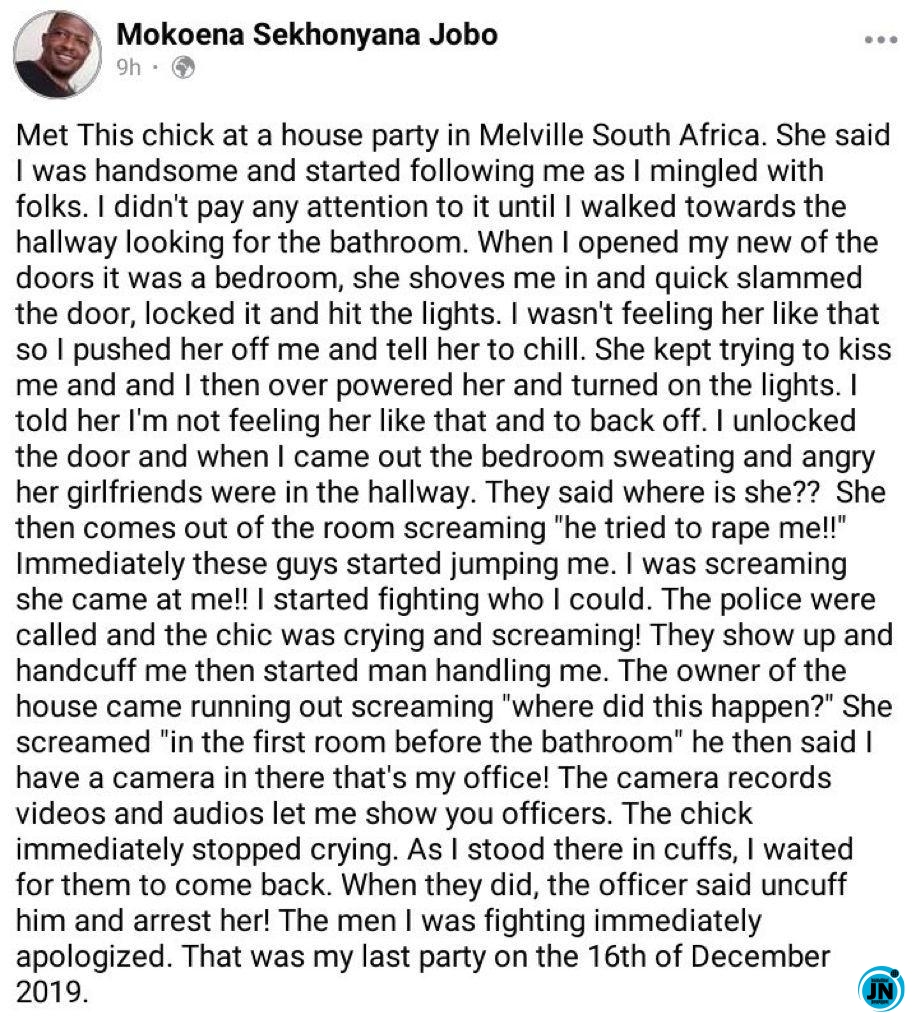