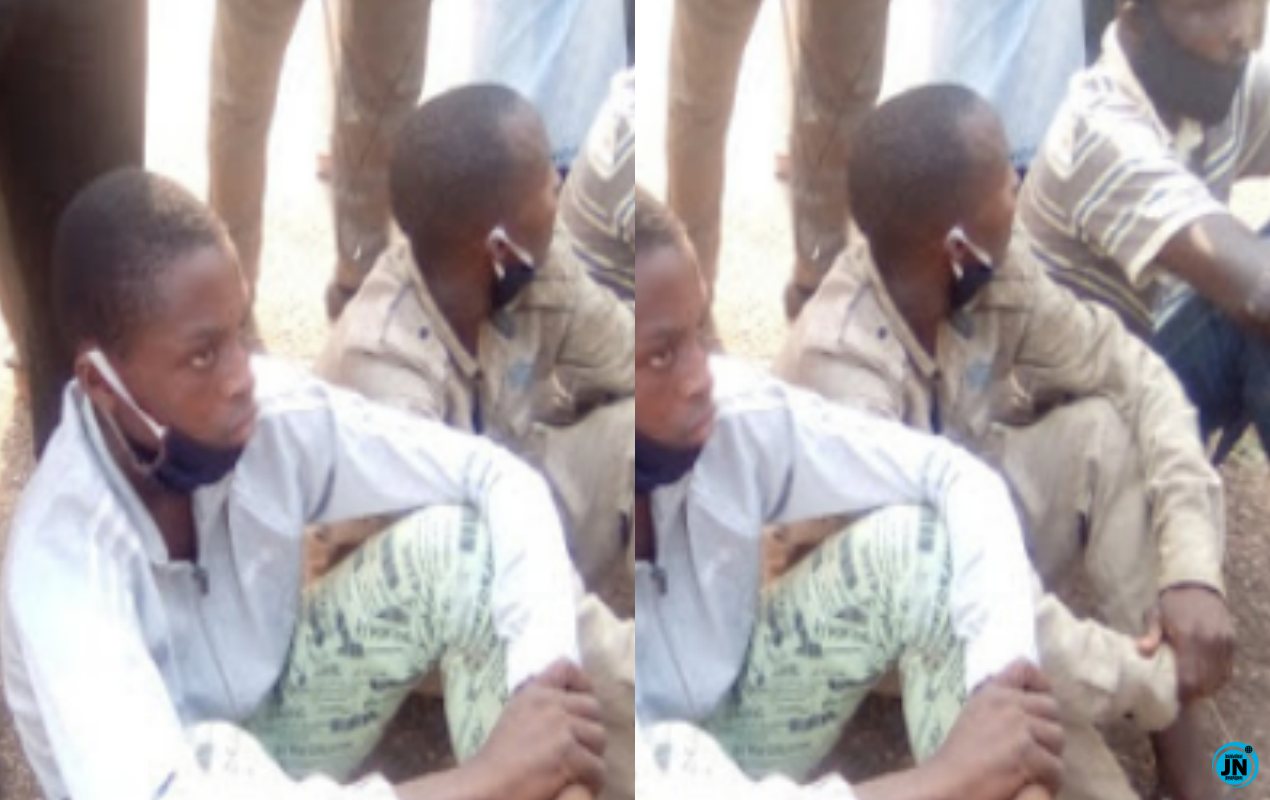 Two suspects have been arrested for allegedly selling the heads of murdered policemen for 1000 naira only.

The Oyo State Commisioner of Police, Joe Enwonwu said this while parading the suspects.

Oladipupo Ifakorede, a male suspect, however, said he bought the two heads for money ritual purpose.

The suspect was arrested along with with two others, Aliu Mubarak and Adewale Abiodun.

He confessed that he bought the two heads from Messrs Mubarak and Abiodun.

It can be recalled that, two policemen attached to Oyo State Police Command, Ajibola Adegoke and Rotimi Oladele, were among the police officers killed in the aftermath of the #EndSARS protests hijacked by hoodlums.