Photos As Policemen And Okada Riders Clash In Ikeja, Lagos (Video)
Posted by

With the fracas in the country involving the police ended weeks ago another as occurred in the early hours of today after men of the Nigerian Police Force had an encounter with Okada riders in Lagos. 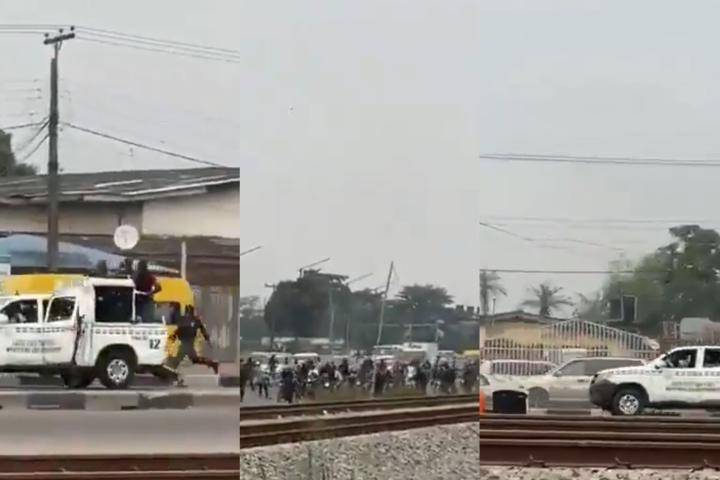 According to video footages and tweets from Nigerians on popular social network, Twitter this encounter between Policemen and Okada riders happened at Ikeja in Lagos state.

A deep check into what the social media users are tweeting states that the police officers (task force) have been seizing the riders bikes which got the riders pissed and the resulted into revoking it.

According to a tweet by a user, he narrated that the bike men were throwing stones at the task force and hit the BRT bus he was inside.

This task force guys are just seizing their bikes, so the bike riders started protesting and blocked the road, when i was coming this morning through BRT, the bike men were throwing stones at task force

“One of the stone hit the Glass of the BRT i entered.

I rushed and left the place o, I don't want to witness another genocide.... Cos i saw some more Armed officers coming towards the scene.“ 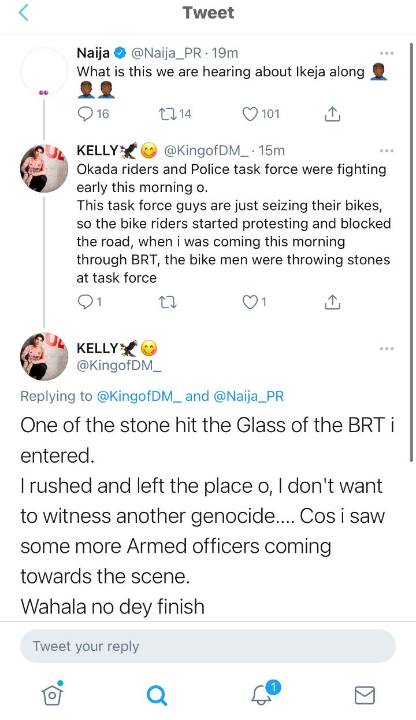 Another eye witness also said it was even more than that as there were the use of cutlass and bottles. 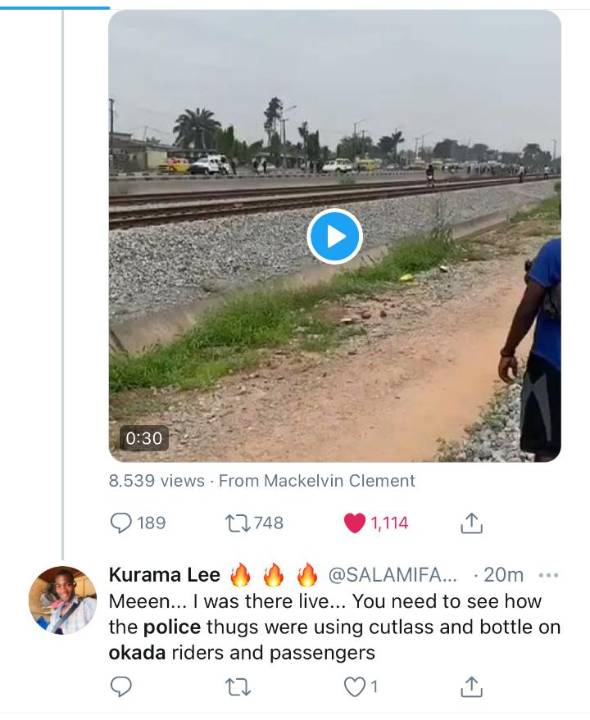 However, other Twitter users shared videos of the incident and in the videos one could see the Okada riders in multiples chasing the policemen were seen trying flee the scene probably over the fear of getting attacked.

Check out some photos grabbed from the video below: 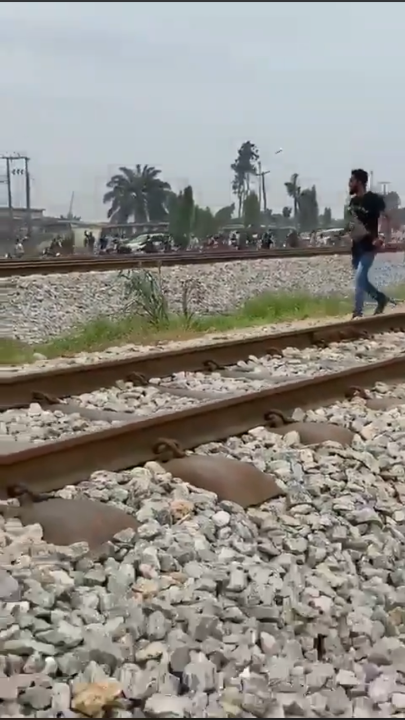 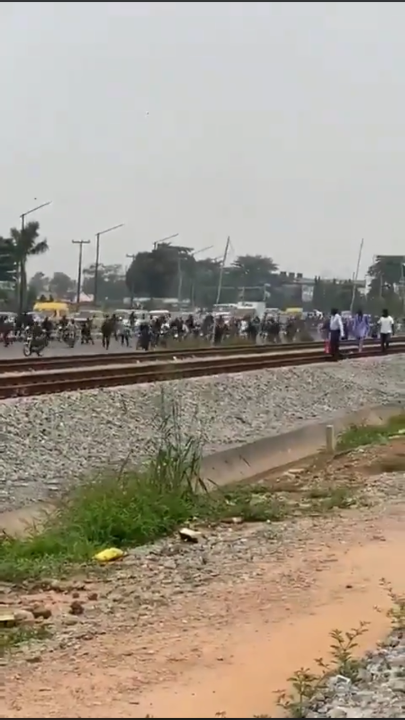 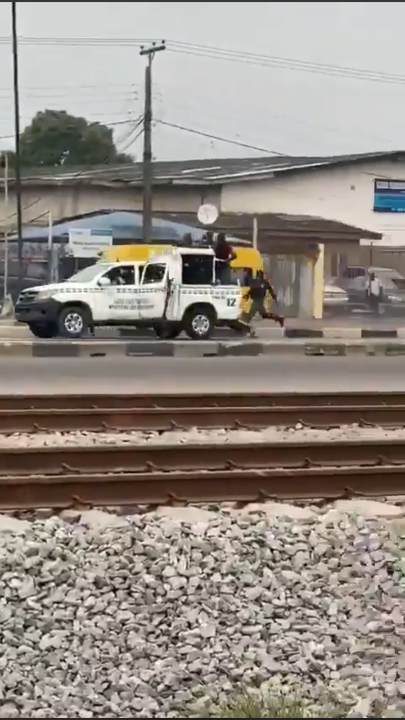 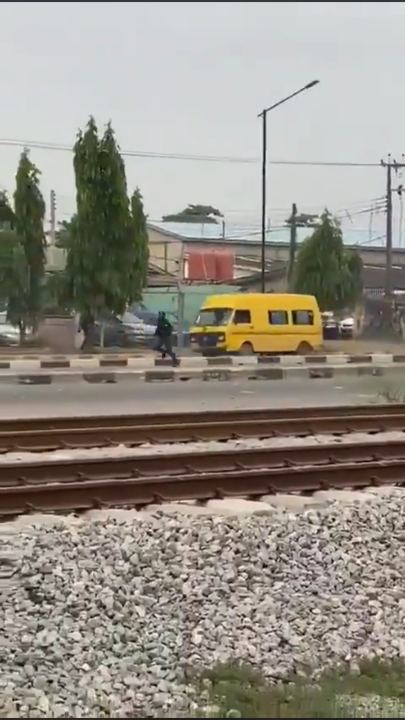 As usual, multiple reactions have followed this event on Twitter as a lot of Nigerians are saying their minds. 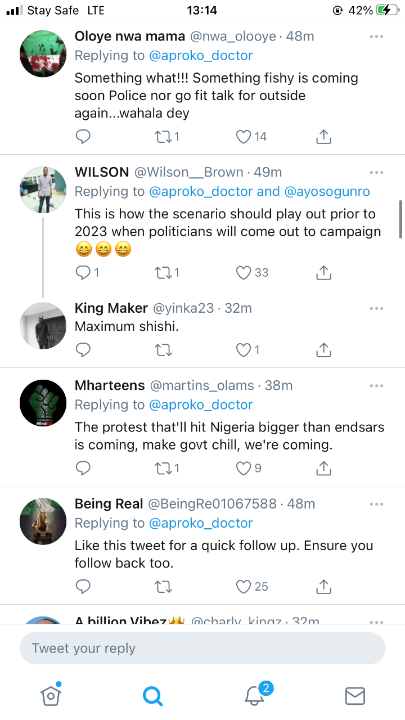 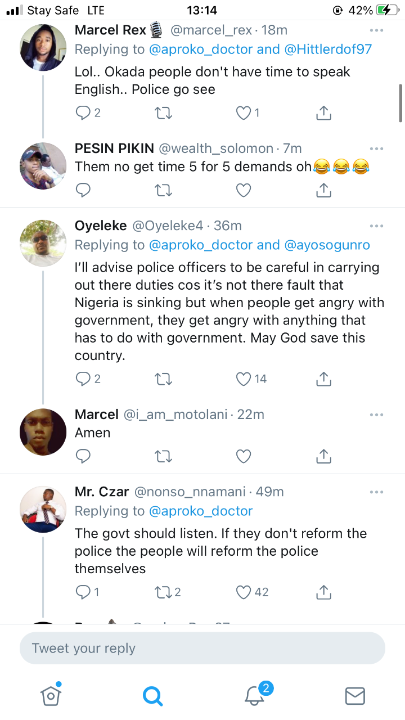 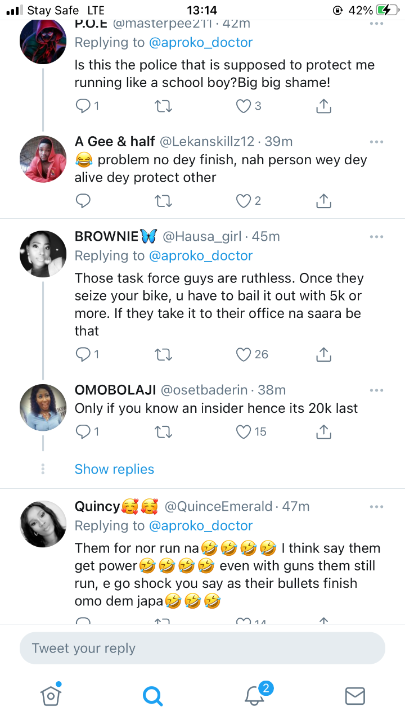