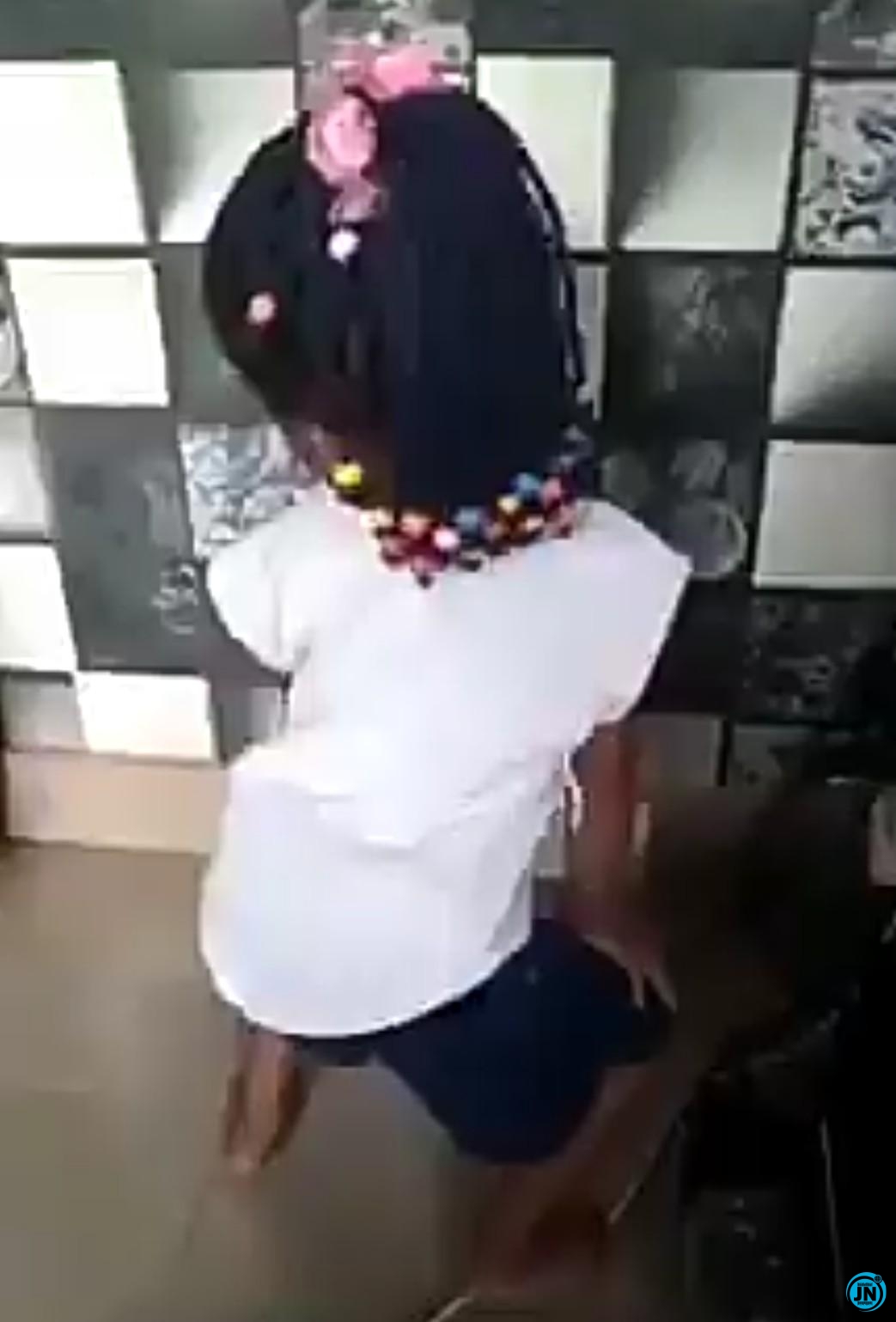 A little girl has been spotted dancing and Twerking to Davido’s song, Fem, which was released some months ago.

The little girl was seen in the viral video, singing the lyrics of the song, as she vibed to the song and showed off her twerk skills.

The video has sparked reactions from Nigerians who shared their diverse opinions about the little girl’s action.

While some Nigerians feel she’s too young to be twerking to songs, others have applauded the child for being a happy and jovial child. Some also found the video very funny and captivating.

#BBNaija: ”Kiddwaya Will Be My Favorite Housemate If I Were To Be Outside – Laycon
Pirlo slams Ronaldo, others after Juventus’ 2-0 defeat to Inter Milan
‘You Don Old Oh’ - Reactions Follow Mercy Aigbe’s Photo Of When She Graduated From UNILAG In 2002
Nigerian biker denied entry into Cote d’Ivoire; makes U-turn