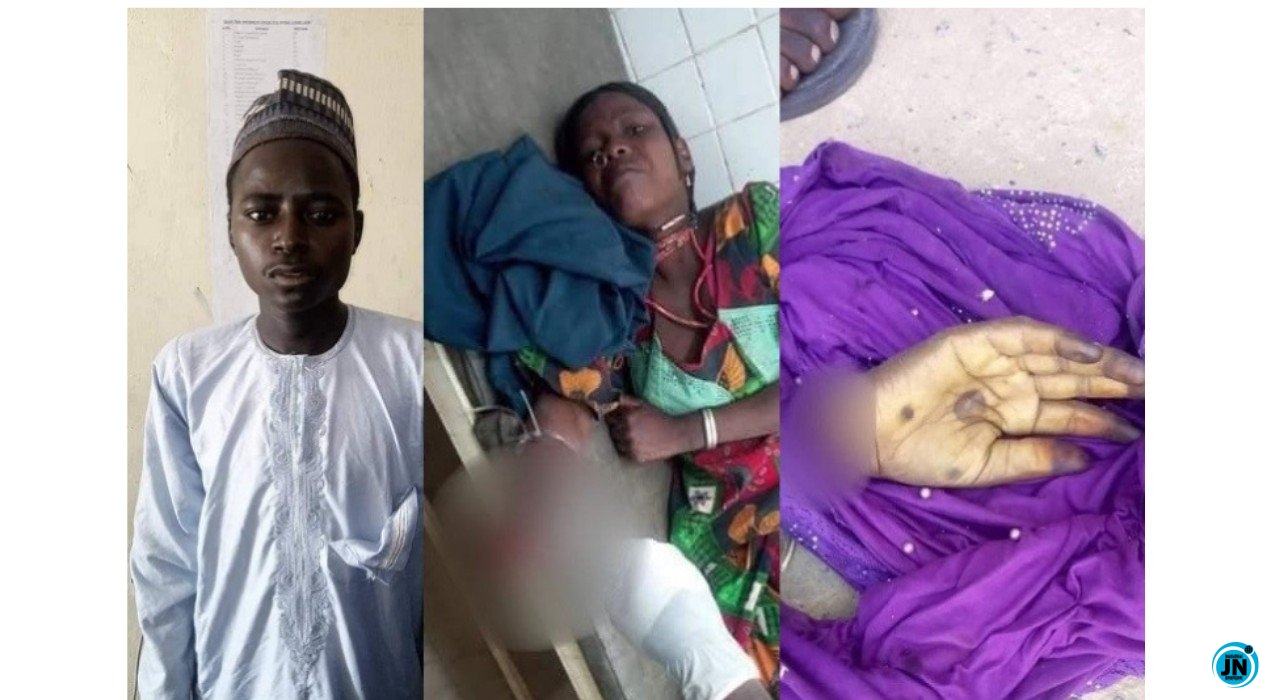 Police Force in Yobe state have arrested a 22-year-old man for cutting off the hand of his wife from the wrist.

The man identified as Baari Bacha reportedly attacked his wife Halima Bulama after she disobeyed his orders not to attend a friend’s ceremony in Damaturu.

Confirming his arrest, the Police Public Relations Officer (PPRO) of Yobe state Command, Dungus Abdulkarim, said in a statement that Bacha became furious after a heated argument with his wife, and then used a cutlass to perpetrate the act.

“Preliminary investigation revealed that on April 14, the victim, Halima Bulama (20), sought permission from her husband to attend an event. But, he refused to grant her request and she left for the event after the husband had gone out.

“When he came back, he asked of her whereabouts and was told that she had gone for the event. He went to look for her in the neighbourhood and couldn’t find her there.

He proceeded to her parent’s house and found her there,” he stated.

The police spokesman said the victim’s brothers persuaded her to follow her husband home, but she refused and her action ignited an argument between herself and her husband.

According to Dungus, the woman’s husband, out of provocation caused his by wife’s action, used a cutlass he had carried from home and amputated her hand in the presence of her brothers

The PPRO also disclosed that the victim is currently receiving treatment in the hospital and the suspect will be charged to court after investigation is completed.