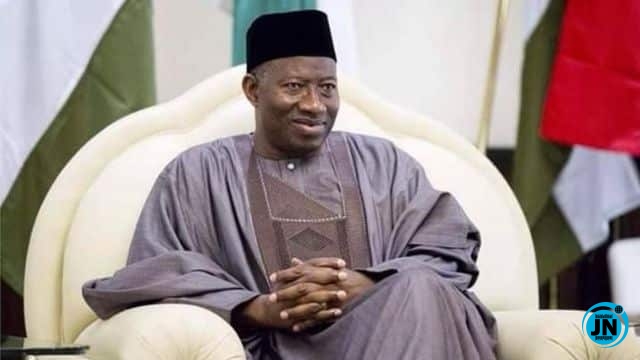 The ex-president of Nigeria, Goodluck Ebele Jonathan, speaks on why he does not see himself contesting for the presidential seat despite internal pleas.

The politician made this known in an interview published in a book, ‘My Time As Chaplain In Aso Rock.”

According to Jonathan, contesting to be the president of Nigeria will diminish everything he stands for particularly after being booed out of office when he served.

The former president further noted that he enjoyed the drama that accompanied the rumour that he purchased the nomination form of the All Progressives Congress earlier in the year.

“I was enjoying the drama. At least they are not insulting me. After all, I was pursued out of the office that I was not good enough. So, if now, Nigerians are saying, ‘Oh, this man should come,’ that means they are cleaning me up. So, let me enjoy the drama.

“I was not disturbed. I know I cannot go and start struggling to be President again. It wasn’t only Nigerians who were asking me such questions, even most of the top ambassadors -the American ambassador, the UK High Commissioner, France, and all of them. They came to ask me whether I would contest. I don’t think I would contest any election.

“If you wake up tomorrow and see that I’m President again, that means there may have been circumstances beyond my control. But not to go and pick one form and go and start lobbying people and running for campaigns, be it PDP power or APC broom and moving across Nigeria. I can’t do that again; if I do that, I will diminish myself,”

How Anita Joseph Replied Instagram User Who Told Her To Go Marry Again
‘Marry a Born-again Christian’ – Falz mother warns him as he celebrates his 32nd birthday
“If we meet again, I go beat you!” – Bobrisky roars at Papaya following altercation at party (Video)
Popular OAP, Toke Makinwa Sets Instagram On Fire Again