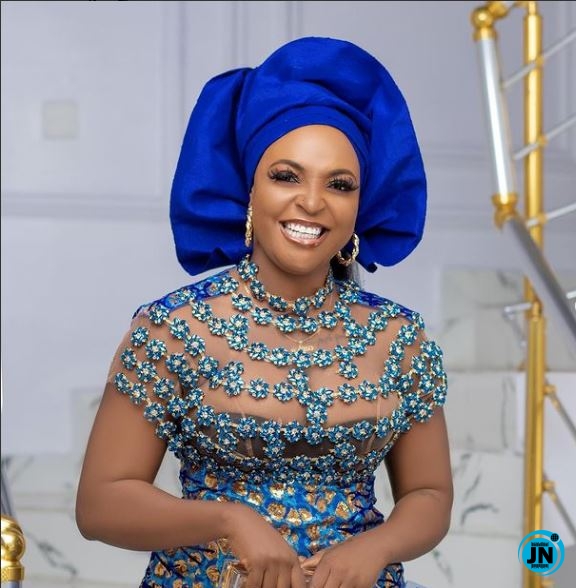 The identity of the alleged baby daddy of Blessing Okoro Nkiruka has finally been unveiled amid intense social media drama.

The blogger further accused him of embezzling public funds.

“Here goes the owner of the house Blessing Ole CEO is flaunting, the man is her second son baby daddy, a married man who took una motivational speaker for one night stand wey she later talk say she get belle, the man deny am tho but Blesing with her kurukere mama made sure the man collected the child, this man has a beautiful woe and they adopted two kids because say them no born, Did you see his details online, they just wrote happily Married alone, not happily married with kids, even Blessing pikin no Dey recognized, two baba two pikins, This man don embezzle money meant for Old policemen pensions, him don take am build house come Dey use Blesssing front the house, Kobo no Dey Blessing hand, believe her at your own Perl, she lies for a living, all her dating whatever too Na SCAM, @officialefcc kindly look into this man, a lot of pensioners are dying while person wey dy in charge Dey use money build house come Dey put her noise maker baby mama there. Laundering pensioners money, God go deal with una one by one, @officialefcc @officialefcc @officialefcc @officialefcc how many time I call una?? Get to work, you will find a lot.I come in peace” 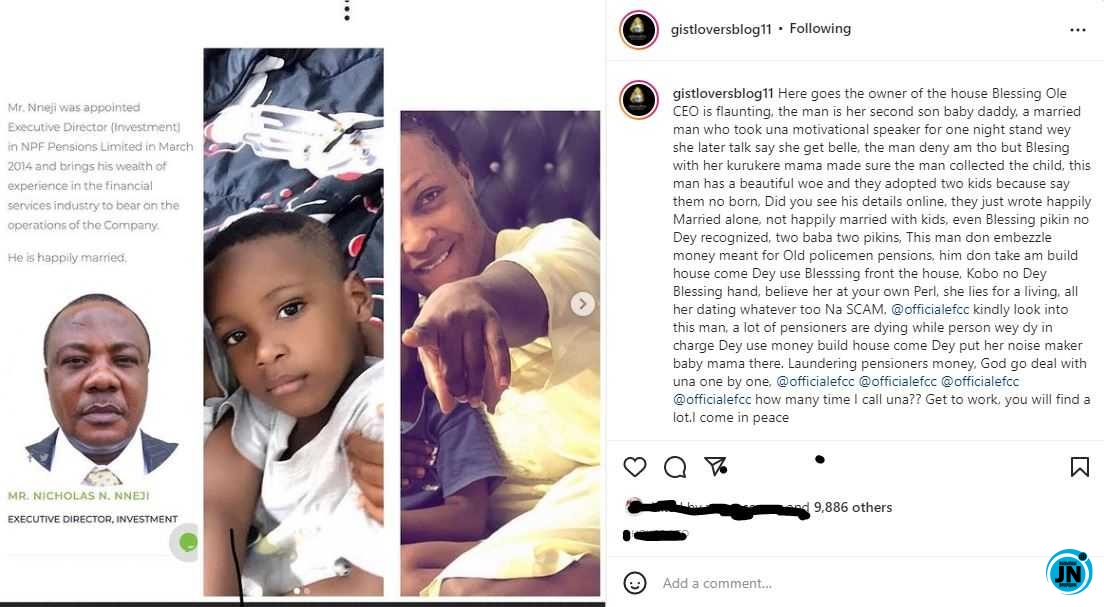 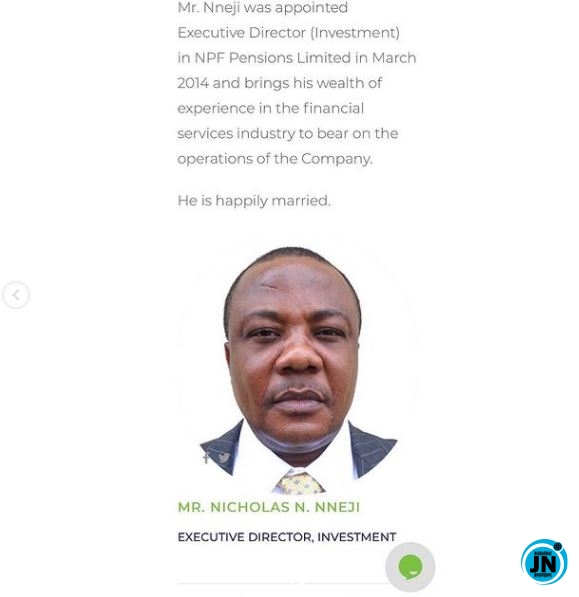