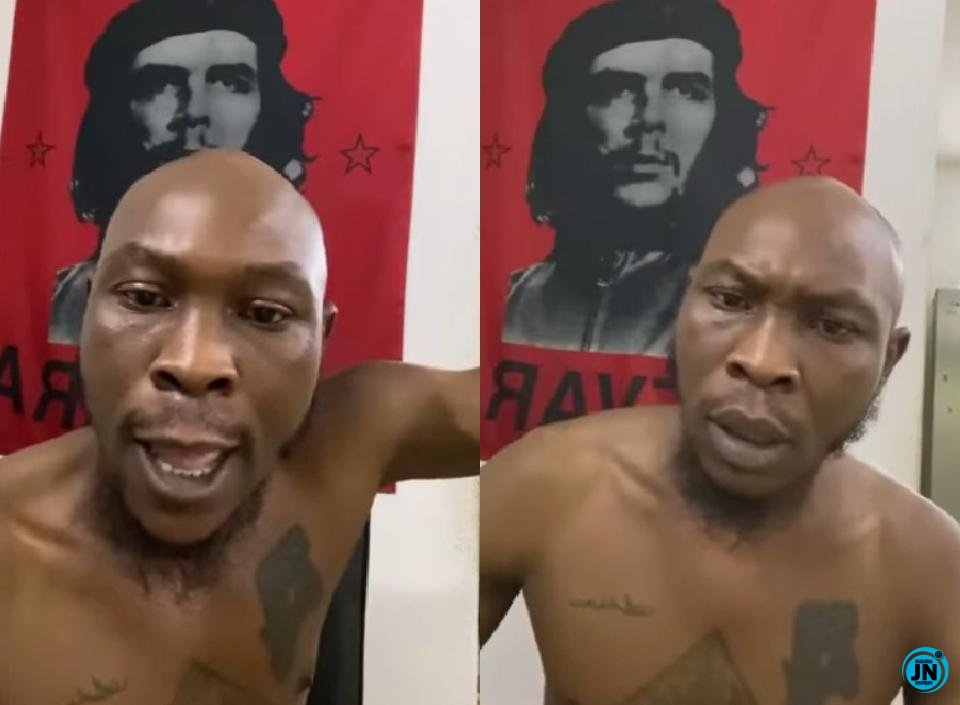 Late legendary musician, Fela Kuti‘s son, Seun Kuti has reacted after he was accused of pulling a gun at party-goers who parked their cars in front of his house, noting that he only slapped them.

Recall we earlier reported that Journalist, Temitayo Adetoto, accused Seun of pulling out a gun in the middle of a melee over parking space at his area of residence in Ikeja, Lagos on Saturday, December 12.

Temitayo made the allegation in a thread she shared via her Twitter page on Sunday, December 13, 2020.

SEUN KUTI pulled out a gun over a street parking matter in Ikeja tonight, personally assaulted the car owners attending the party, used thugs to assault  them and called them gluttons at a paid event…I saw it happen.@fisayosoyombo@houseofdoyin@GlowvilleTweets

Meanwhile, Seun Kuti has now reacted to the accusation that he pulled a gun at party-goers who had their cars parked in front of his house.

According to him, some persons in his area of residence organized a party and the noise from the party couldn’t let him rest or sleep, so he decided to leave the environment.

However, when he attempted driving out of his gate, he noticed that the party-goers had blocked everywhere with their cars.

Seun who disclosed he has been living in Ikeja for 11 years without any record of troubles with anyone, said all attempts to get party-goers create space for people to drive and walk pass freely were in vein until he had to apply force which according to him included landing some thunderous slaps on the faces of the stubborn ones.

However, Seun said his life was subsequently threatened by one of the bouncers and admitted gunshots had to sound “because men dey”.

“Yes there were gunshots because men dey. Men dey! This is f**k!ng Allen fam! You want to try rubbush?. I didn’t come to your hood.

You want to try rubbish and gunshots won’t sound?”

he said in that regard.

Watch him speak below;

Grammy Awards 2020: Seun Kuti vs Burna boy - Who is better?
“Myself, Femi Kuti, King Sunny Ade & Burna Boy Are The Only Grammy Recognized Artiste” – Seun Kuti Taunts Wizkid FC
Seun Kuti Reveals He Smokes Weed With His Mom When He Was Younger
Seun Kuti accused of pulling a gun at party-goers who parked cars in front of his house