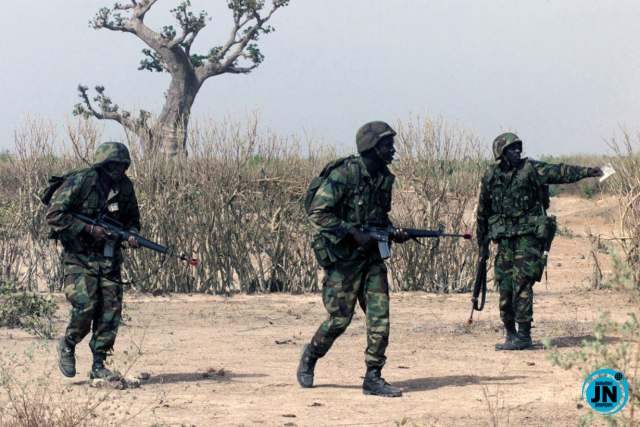 The soldiers are part of a West African peacekeeping force deployed to The Gambia in January 2017 after the country’s former dictator, Yahya Jammeh, refused to hand over power after losing a presidential election.

The majority of the troops in the Economic Community for the West African States (ECOWAS) force are from Senegal, which completely surrounds the tiny former British colony.

“Out of a contingent of over 600 men, fewer than 100 tested positive,” a Senegalese army spokesman said on Thursday.

He added that the army had recalled its soldiers to the village of Toubacouta just north of the Gambian border “as a precautionary measure”.

Further tests were underway, the spokesman said, adding that the soldiers who had tested positive have been placed in a hotel in the coastal village of Guerero, some 60 kilometers (37 miles) south of the capital Dakar.

He did not specify when or where the soldiers had been infected, however.

Gambian health officials have recorded 3,239 cases in the country to date, with 99 fatalities.

Senegal, for its part, has recorded 14,150 coronavirus cases and 293 fatalities.