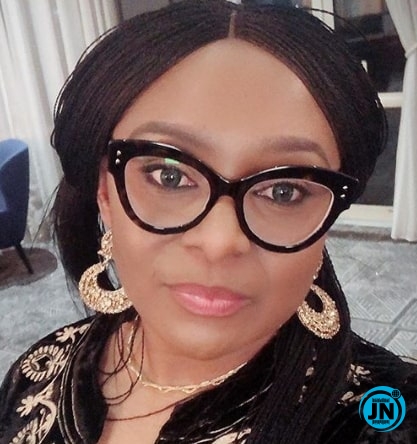 This came after Bolu, son of ex-President Goodluck Jonathan’s aide, Doyin Okupe, revealed he is gay.

Reacting to the startling revelation on instablog, the veteran actress wrote;

"That’s ok, your choice but you didn’t need to announce it unless you are trying to spite your father.

God is blessing all the looters. In their old age, they will be crying in embarrassment..

because una do Nigerians anyhow, receive the settlement in Jesus name".

#BBNaija: “I Went For BBNaija, And God Blessed Me With A True Friend I Can Proudly Call My Sister” – Ka3na Gushes Over Lucy (Photo)
“I’m tired of struggling” – BBNaija’s Ifu Ennada laments, says it seems God has neglected her
If You Quit Music, God Will Give You A Husband: Nollywood Actor Tells DJ Cuppy
Barry Jhay’s record label boss, Kashy Godson reportedly commits suicide