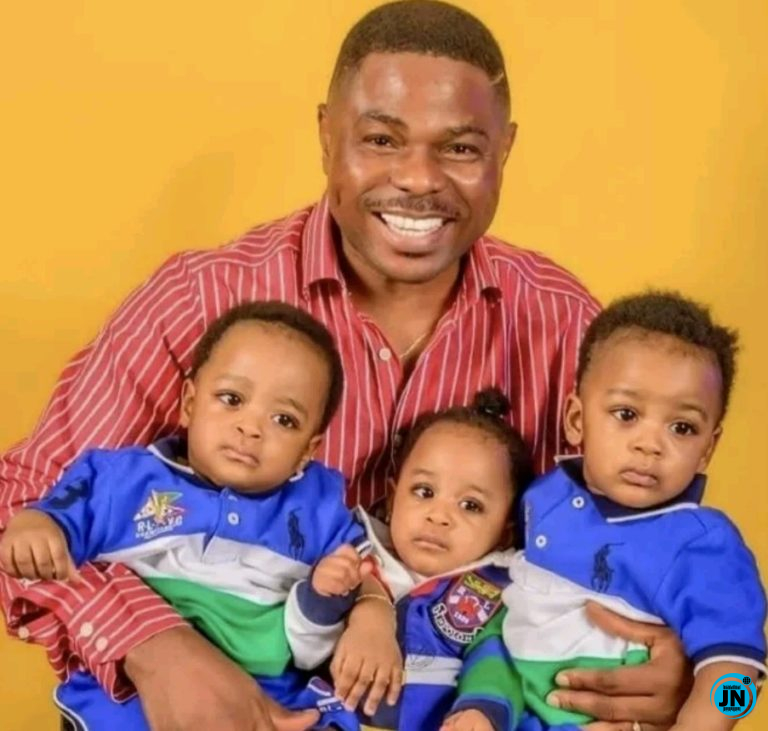 Popular Nigerian Gospel singer, Yinka Ayefele has thanked God for his mercies as he celebrates the birthday of his triplets, two boys and a girl who turned one yesterday.

The Ayefele triplets were delivered on the 18th of January, 2019 in the United State of America.


"OUR TRIPLETS ARE ONE YEAR OLD TODAY.
HAPPY BIRTHDAY TO YOU MY TREASURE. "

Yinka revealed his babies came into the world on a premature date and he was so scared for their lives hence the reason he kept it private at the time.

"My babies were actually born on January 18, 2019. They were delivered prematurely, so initially I had to deny the reports when it went viral. I told those who saw me at the hospital in the USA not to disclose that I had given birth because I wanted my triplets to live.
I was so scared initially for their lives, I didn't want anything to happen to them health-wise but I thank God that everything is perfect now, they are doing very fine."

“You Are Different From Them” – Yinka Ayefele Confesses After Meeting Davido In Atlanta
Veteran actor Yinka Quadri welcomes grandson
Talking about Buhari’s administration not good for my sanity, Wole Soyinka says
‘You helped me regain the part of me which I lost’ Actress Olayinka Solomon showers love on her husband