“Telling your partner where you are and who you’re with is not being controlled, it’s showing respect” – Pastor Idahosa Laurie
Posted by 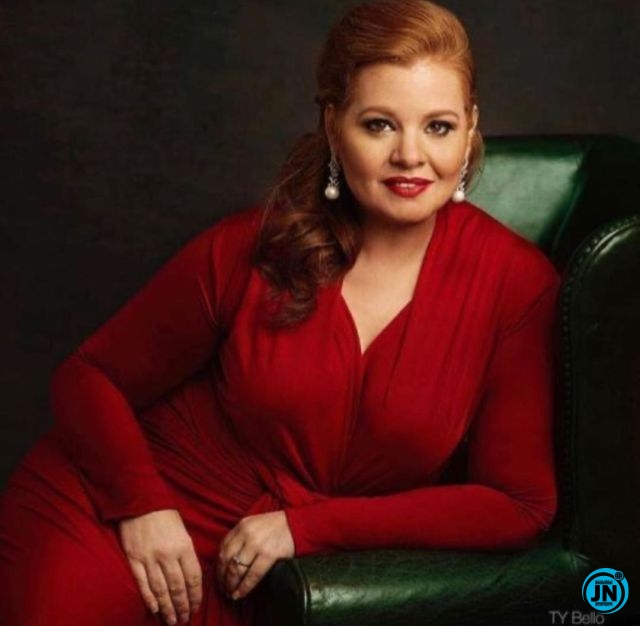 Entrepreneur and Pastor Laurie Idahosa has motioned that a person telling their partner where they are and who they’re with is not a sign of being controlled but of showing respect.

She took to her IG page recently to share a text image and in her caption, she says if one is fighting the idea of being accountable then such person has to re-examine why they’re with their partner.

"Telling your partner where you are, who you are with, what time are you coming home is not being controlled, it’s showing RESPECT."

She captioned the text image,

If you’re in a relationship and you are fighting with the idea of being accountable, you probably need to re-examine why you are still with that person".

When a user asked about a case where the other partner obsessively asked about their partner’s whereabouts, she responded, 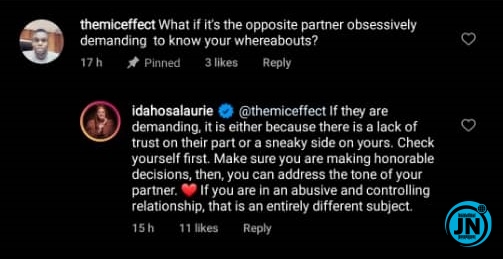 She was a victim of rape and a child bride – Laurie Idahosa attacks Pete Edochie after he revealed his mother married at 15
“Telling your partner where you are and who you’re with is not being controlled, it’s showing respect” – Pastor Idahosa Laurie
Clergywoman, Laurie Idahosa under attack for taking the covid 19 vaccine