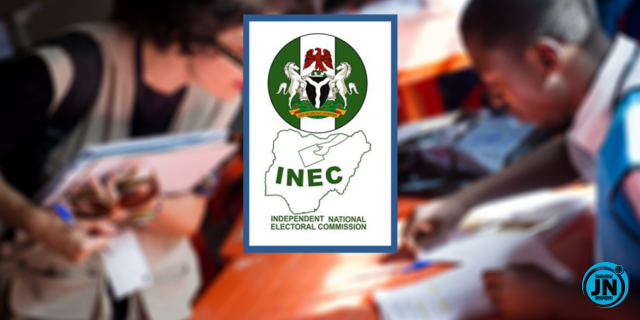 The Cross River State Police Command has declared a restriction of movement in Five local government areas of the state following the By-elections holding on the 5 December, being Saturday.

In a statement by the Commissioner of police, Abdulkadir Jimoh signed by the PPRO, DSP Irene Ugbo, and made available to newsmen the Command restricted all Vehicular movement during the exercise in the Northern Senatorial/State House of Assembly By-Elections.

“This is to inform the general public that, in view of the upcoming Cross River State Northern Senatorial/State House of Assembly By-Elections slated for 5th December 2020.

“The Commissioner of Police, Cross River State Command, CP ABDUL KADIR JIMOH, fsi as part of an effort to check criminalities, has banned the movement of persons, group of persons and motorists within the five affected Local Government Councils.

“The ban will be between the period of 6 am to 6 pm on the Elections day, except those on essentials duties and must bear identification tag.

“Similarly, members of the public, political class, and the electorates are hereby advised to go about their lawful businesses and eschew any act that will cause a breach of peace before, during and after elections as any act inimical to this will be decisively dealt with in line with the laws of the land.

“Meanwhile, the Command enjoin all political stalwarts, contestants, and their followers to play by the rule as enshrined in the Electoral Act 2010 as amended, Cooperate with the Police to you better.

In a related development, the Independent National Electoral Commission has vowed to reject results procured through violence in the Saturday, December 5, 2020 by-election.

The National Commissioner in charge of information and voter education, Festus Okoye, who disclosed this during a consultative meeting with the state Inter-Agency Consultative Committee on Election Security (ICCES) held in Calabar, said any election conducted without the use of card readers will not be declared by the commission.

He also revealed that 9 political parties will be contesting the Northern Senatorial District seat while 6 will jostle for the Obudu state constituency.

Okoye who added that two resident electoral commissioners have been deployed to the state to guarantee the success of the elections said the Commission will not now to any form of electoral violence.

His words: “The Commission will not bow to electoral violence and will not declare results procured through violence and resistance to the deployment of Smart Card Readers.

“The REC, who is here will supervise all of them, the staff, and deal with issues around security”, Okoye said.

Not standard cuz common,the university has not conducted her postutme but they thinking about election.not wise at all