Yet Again, Another Big American Singer Hails Wizkid For His ‘Made In Lagos’ Album
Posted by 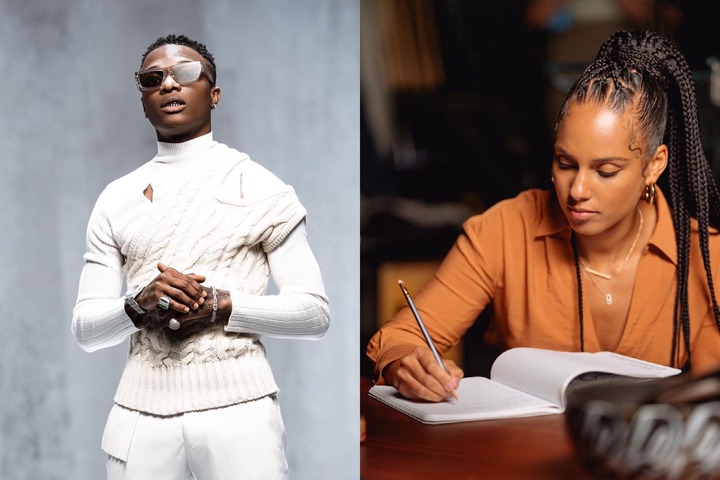 The 5-time Grammy Awards winner, Alicia Keys has just joined a long list of American music superstars who have taken to social media to give Wizkid props for his album, ‘Made In Lagos.’

Alicia Keys had taken to Twitter to engage her fans in question and answer session and ask for questions entries.

A fan then asked, “#askalicia .. Have you listened to made in Lagos by @wizkidayo yet?” 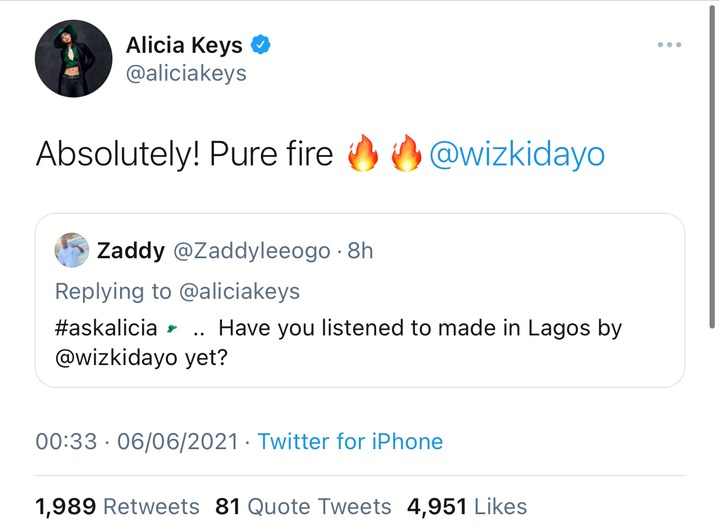 Alicia Keys, as stated in the paragraph above, had just joined the long list of American stars, including Rihanna, Snoop Dogg, Drake, Winnie Harlow, Lewis Hamilton and more to vibe to Wizkid songs on his recent album, ‘Made In Lagos.’

The song, ‘Essence’ featuring fast-rising singer, Tems is the most successful song on the album presently as it is climbing the Apple Music charts in the United States Of America.

Regina Daniels Finally Speaks On ‘Oath She Took Never To Sleep With Another Man Except Her Husband’
Hours after Oye Kyme shot her love shot, another lady tattoos Tunde Ednut’s face on her thigh (Video)
Simi Snubs Nigeria As She Names Another West African Country, ‘Giant Of Africa’ (Photo)
[Lyrics] Burna Boy ft. M.anifest – “Another Story”