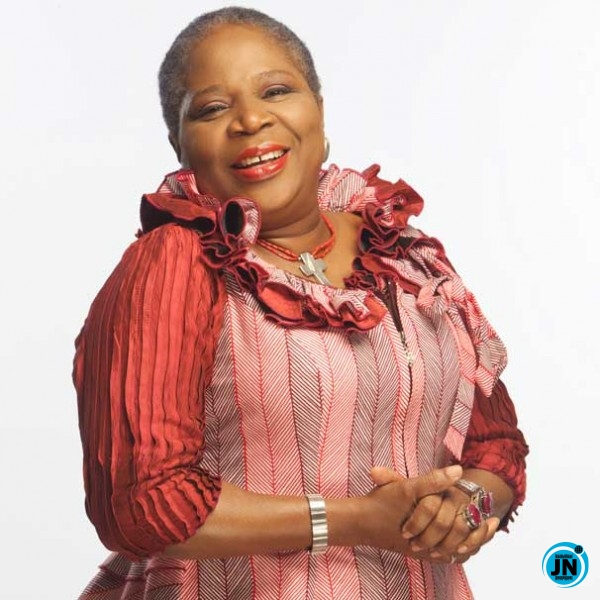 Veteran entertainment, Onyeka Onwenu has condemned the lavish burial ceremony that was held by the billionaire/entrepreneur, Obi Cubana in honour of his late mother as she describes it as obscene and insensitive.

Onyeka maintained that it is not in Igbo’s culture or tradition to lavish money in such an awkward manner while others are languishing in abject poverty.

Speaking further, she noted that she has instructed her family members to give her a private and quiet burial when her time comes. 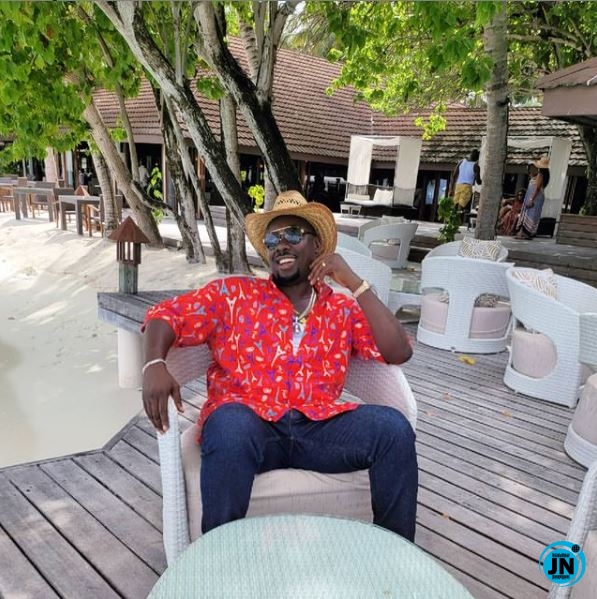 The 69-year-old singer disclosed all these while writing for Premium Times.

Read her article below;

“I told a friend just days before the most outrageous burial of Innyom Ezinne Uche Iyiegbu in Oba, Anambra State in July that I had given my family instructions on how to bury me when my time comes. Do it quickly, quietly and privately. Celebrate me with prayers, lunch or dinner afterwards. Share some jokes about me and laugh. Mourn, yes, but not excessively. Make merriment and then go about your business. If my friends want to celebrate me, they should do so while I am alive, so that I can enjoy it with them, not when I am gone and have no idea about this. That is me Onyeka Onwenu.

My mother, on the other hand, wanted a different burial and I promised to give her want she wanted. On her hospital bed, just three days before she passed away, I reinforced that promise – it was important to her and she died knowing that I would keep my word. Hope Onwenu’s burial was nothing like what took place in Oba recently but it was elaborate and pretty expensive. Still I had the satisfaction that I kept my promise.

The point I make here is that there are different strokes for different folks, even within a family. I do not condemn anyone for how they mourn, with their hard-earned money but I am very uncomfortable with lavish display of wealth on any occasion, especially in a time of hardship and lack for most others. The burial of Obi Cubana’s mother was not only lavish, it was obscene and insensitive. It sent all the wrong signals at a time when Nigeria is wracked with widespread poverty and lack.

But so long as he and his supportive friends stole nobody’s money to do what they did, my outrage has abated. I will not call for them to be hanged on the stake as some have done. These reactions have been extreme and just as mindless as the conspicuous display of wealth we witnessed at the burial ceremony. Obi Cubana and his friends did not invent the art of spraying, neither are they the first to show off stupendous wealth in a wild celebration of any kind. But in an age of invasive social media, our senses are instantly bombarded with images of sheer madness, where caution is thrown to the wind and we are regaled with images of sheer debauchery. We ask: Is this all necessary?

I condemn it all. It does not reflect the Igbo culture that I grew up in. Ndigbo would not condone the conspicuous display of wealth. If you were found doing that, your close and extended family, your community would send a delegation to you, to ask about the source of the wealth you are throwing about. You would be ostracised if you have no convincing evidence of legitimate work. All that changed at the end of the Nigeria/Biafra conflict. Ndigbo were deprived of their money, their oil wells and towns excised from Imo and Abia States, their properties termed ‘abandoned’ and taken from them. They were forced to rebuild with no help and no compensation. It therefore became every person to themselves. Having money meant that you could get things done and like every other Nigeria society, our priorities were turned upside down. People no longer asked how and where you got your money. The point was that you had it. Our values may have been eroded but we have to fight back to regain them, to ensure our survival as the decent and hardworking people that we truly are.

However, what I find equally deplorable in this whole debate, is the strenuous effort to tag the people of the South-East, Ndigbo, with all manner of negative attributes because Obi Cubana is Igbo. This is not surprising. It has always been the case. When there is unexplainable hatred, some people are bound to give a dog a bad name, so that they can justify hanging it.

Take the Indegenous People of Biafra (IPOB) for another example. If you are Igbo, you are automatically one of them. It is worse if you dare believe that Mazi Nnamdi Kanu and IPOB have a right to ask for a referendum, as given in the constitution, that they have a right to protest or complain about the violation of their rights as equal stakeholders in Nigeria.

We say in Igbo: “a naghi e ti nwata ihe ma napu ya i bee akwa.” You do not beat a child and then prevent him from crying. It is inhuman, an extremely cruel and unusual punishment.

Ndigbo are therefore accused of not being good citizens of Nigeria, of seeking to dismember it. But others are allowed to openly advocate for bandits, killers, kidnappers, terrorists and rampaging herdsmen from neighbouring countries. We even pay them huge sums of our money to be a little nicer, while destroying our country.

It may be a defensive reflex but some people see nothing wrong with the opulent burial in the Oba Kingdom of Anambra State, the famed land of Igbo billionaires. In fact, Obinna Iyiegbu did them proud by showing what a young man from the ‘Dot’ nation could do, himself and his crop of young Igbo billionaires. Obi Cubana is a testimony of what hard work and a charitable heart can do, they say. Recall that the President of Nigeria, the father of the nation, President Muhammadu Buhari had recently and derisively referred to the people of the South-East as a dot in a circle, who have no means of escaping what was coming to them, being treated in the manner they are accustomed to.

The arguments of Obi Cubana’s supporters make sense on some level but I disagree with them on one major point. The incredibly lavish and outrageously expensive burial of the century sent all the wrong signals to the world, including the young people of Nigeria. For me, it did nothing in it’s garish display but besmirch the essence of a dignified burial for a woman well deserving of it.

Throwing bundles of freshly minted money at people on the streets, and inside the Church is not my idea of showing respect for the dead. Neither is the report that young ladies from schools, far and near, left their academic pursuits to present themselves to the rich friends of Obi Cubana and their entourage, a palatable one to hear.

As a performing artiste, I am familiar with ‘spraying’; the practice of pasting money on or around a singer, to show appreciation for their performance. I also know that when singing in church, we ask anyone who is moved by the performance to give money to the Lord for ministry. When things are done in moderation they are more acceptable and their meaning understood. The reverse is true when excessive displays are made and a good gesture is obscured by garishness and thoughtless exhibitionism.

There are, however, a few takeaways from this obscene exercise that played itself out in Oba. Let us give some credit to Obinna Iyiegbu for some of the positive things about his success story that have now come to light. We hardly knew him before his mother’s burial. It turns out that he has raised and continued to raise up so many others, even as he himself made it up the rungs of success. Such reckless generosity is rare but I can draw comparisons with people like M.K.O Abiola of blessed memory. We need more philanthropy in every part of Nigeria. Let those who can afford it, go round and lift others up from poverty and lack. Nigeria is blessed, her people have no business with hunger and depravity.

To Nigerians for whom Igbo hating has become a sport, I say this: Stop wasting your time tagging and castigating Ndigbo for whatever reasons. The dislike and hatred of Ndigbo seems to be a uniting factor for the rest of the country, we know. But let us be fair to one another. As we see the bad, let us also see the good. They both reside side by side in any group of people in Nigeria.

Recently, Harvard University and others around the world have begun the study and teaching of the apprenticeship programme of Ndigbo, describing it as the largest business incubation programme in the world. A successful trader, dealer, importer, distributor or manufacturer takes on young people who serve, work for him, learning the trade as they go along. At the end of their training, the ‘master’ settles the ex-trainee by helping to finance their new business venture. This way, they are guided to independence and hopefully prosperity. Did Nigeria take note of this recognition? Mba nu! It took the outside world to spot and highlight this very positive quality in the Igbo culture, which has benefitted the economy of Nigeria to no end.

Ndigbo are found mainly in the South-East of Nigeria, comprising Imo, Anambra, Enugu, Ebonyi and Abia States. Also in the South-South, and Middle Belt – in Kogi, Benue, Rivers, Cross River, Akwa Ibom and Delta States. They are also found in countries such as Haiti, Zambia and Equitorial Guinea. They are known for their industry and resilience, demonstrated by their ability to recover and thrive in the midst of evident marginalisation and discrimination. Igbos survived a brutal genocidal war in 1967, which lasted for three bloody years. They withstood the onslaught with the recognition of a handful of other developing countries, against a combination of superpowers like the U.K., U.S., Soviet Union and China on the other hand. Over three million people were piped out in the process. The Nigerian civil war or Biafran war, as some choose to call it, has been described as the worse since the Jewish Holocaust. Ndigbo remind me of the beetle which cannot be destroyed.”

Cubana Chief Priest, Accused Of Assaulting A Woman At Owerri Night Club & Goes Into Hiding
Barry Jhay and his record label boss, Kashy Godson were involved in a serious fight, before his alleged suicide (video)
Bobrisky reacts as man draws tattoo of him on his back (Photo/Video)
‘Can you date someone that is scared of s*x?’ – Lady asks