Disqualified housemate in the soon to be concluded ongoing Big Brother Naija reality TV show, Erica Nlewedim has affirmed that ‘The Star Is Me’ as she returns to Instagram. 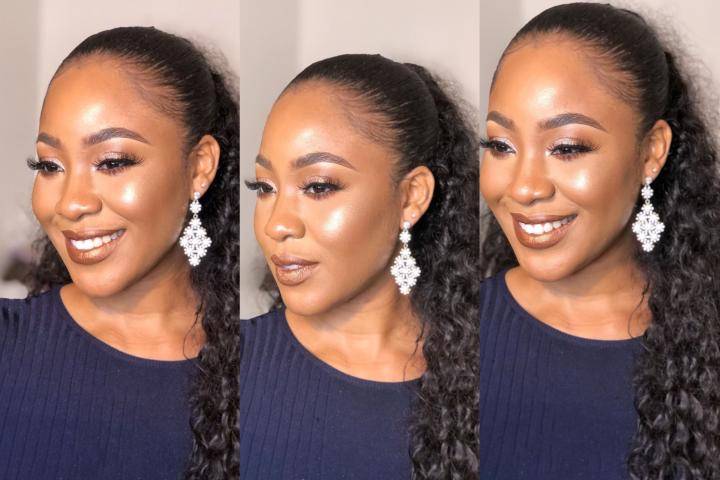 The actress has taken to her verified account on popular photo and video sharing social network, Instagram to talk about her journey in the Big Brother Naija house and as well speaking on hitting 800,000 followers on the platform.

The video she posted showed clips of her stay throughout the Big Brother house and how she spent her days in the house.

In the caption, she had more to say about her time on the reality show and more.

Erica stated that she entered into the Big Brother Naija house as an open book, believed in her strength and weakness and bared it for the world to see.

She stated she enjoyed herself, made best of friends, honed existing skills and discovered new ones but her journey was shortened.

She however admitted that she let her fans down.

She ended her epistle, by stating that it was nice in the stars to hold her destiny because she is the star.

Affirming that ‘The Star is Me’ 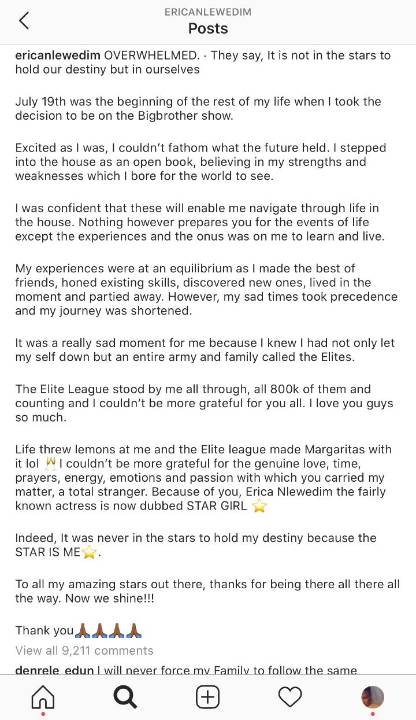 Well, some reactions followed her post as comments from her fans and haters came in, in under 2 hours she had over 12 thousand comments.

Check some of them out below: 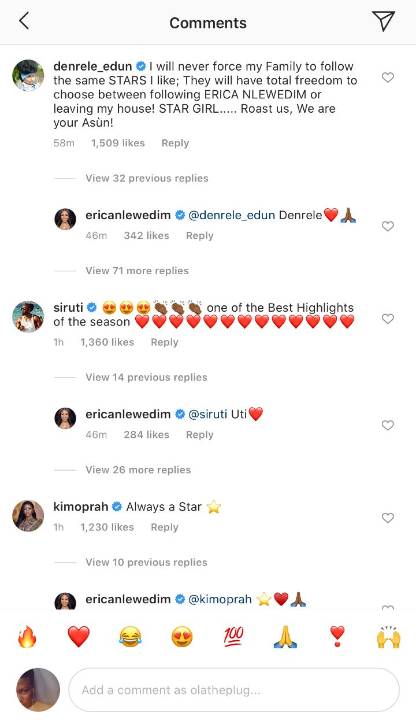 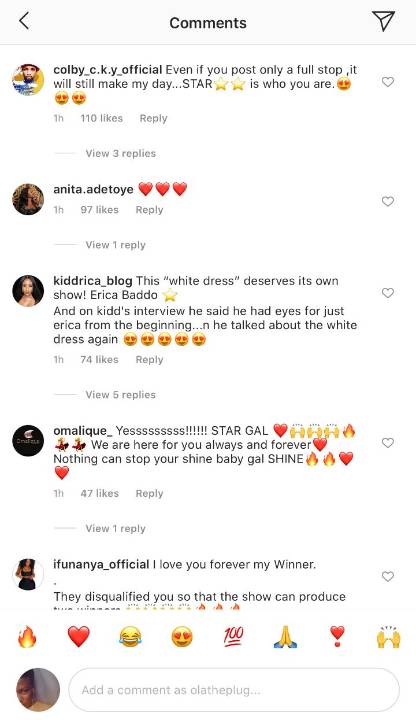 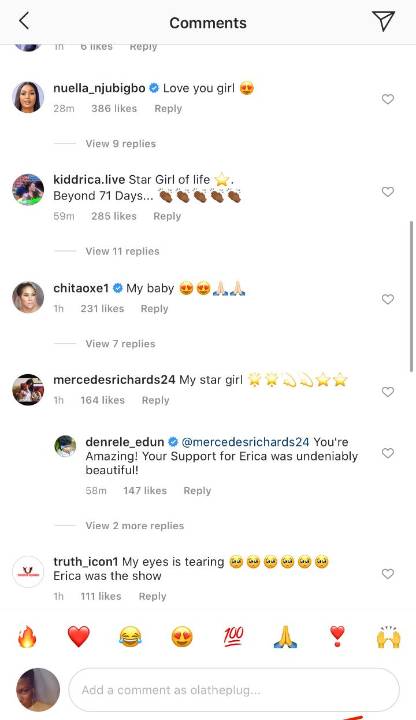