Profile, Biography Of The New NDDC Board Chairman - Politics | JustNaija 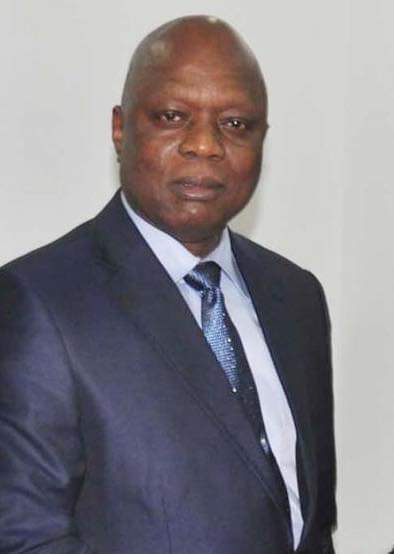 Igbere TV reports that the NDDC is a federal government agency established in the year 2000 by former President Olusegun Obasanjo with the sole mandate of developing the oil-rich Niger Delta region of Nigeria.
Among the functions of the NDDC includes the formulation of policies and guidelines for the development of the Niger Delta area; conception, planning and implementation in accordance with the set rules and regulations of projects and programs for sustainable development of the region.
The above, Igbere TV gathered, would be in the field of transportation including roads, jetties and waterways; health, employment, industrialization, agriculture and fisheries, housing and urban development, water supply, electricity and telecommunications; surveying the Niger Delta in order to ascertain measures necessary to promote its physical and socio-economic development.
According to a statement by Olusegun Adekunle, Permanent Secretary, Office of Secretary to Government of the Federation, the interim management headed by Prof. Nelson Brambaifa was directed to hand-over to the most senior Director in the Commission.
The statement said, “The Chairman and members of the newly composed Governing Board are by this release invited to the Office of the Secretary to the Government of the Federation on Monday, 2nd September, 2019 at 2.00 p.m for proper documentation and briefing. They are to come along with their updated CVs and valid identification.”
About Dr. Pius Odubu
1. Rt. Hon. (Dr) Pius Egberanmwen Odubu (B.L) is 62 years old, born on July 13, 1957.
2. He is a former Deputy Governor of Edo State (2012-2016) under the leadership of Comrade Adams Oshiomhole, national chairman of the APC.
3. Odubu contested the Edo State 2016 governorship election but lost to the incumbent Governor, Godwin Obaseki, who the then governor (Oshiomhole) picked as his preferred candidate.
3. Dr. Odubu is a Barrister and Solicitor of the Supreme Court of Nigeria, having been called to the bar in October 1986.
4. He hails from Urhomehe in Urhonigbe North Ward, Orhionmwon Local Governrnent Area of Edo State.
5. He studied extensively in the United States of America before returning to Nigeria.
While, in the U.S.A., he attended:
1. Philandersmith College, Little Rock Arkansas
2. Southern University, Baton Rouge Louisiana
3. Southern University school of Law, Baton Rouge Louisiana
4. Georgetown University Law Centre, Washington D.C.
6. He holds a B.A. (Hons) in Political Science, Doctor of Jurisprudence Degree in Law, Master of Law in International and Comparative Law.
7. Dr. Odubu is a recipient of several Honour and scholarship awards among which are:
1. National Dean's List (U.S.A)
2. Member - Who is Who in American Universities
College Marshal (Best Student) - College of Arts and humanities, Southern University, Baton Rouge, Louisiana, U.S.A. May, 1980.;
3. Member - Board of Editors: Southern University Law Review. The first non-American to hold the said position.
4. Member, Southern University School of Law Moot Court Board - The first non-American to belong to Same.
5. Managing Editor, Southern University Law Review. Also the first non-American to hold Same.
6. Certificate of Award and Merit from the Southern University School of Law Court Board;
7. Certificate of Academic Excellence from Southern University;
8. Academic Scholarship for all three years of the Juris Doctorate Programme;
9. Representative of Southern University Law School at the National Conference of Law Review in California, U.S.A., and;
10. Certificate of honour from the Federal House of Representatives, Abuja.
8. He was a member of the House of Representatives (1999-2007) and represented Orhionmwon/Uhumwode Federal Constituency of Edo State.
He was a Member of the following House Committees (first term):-
1. Appropriation
2. Federal Capital Territory and
3. Labour.
In his second coming, he was a member of the following committees:-
(a) Works
(b) Marine Transport
(c) Commerce
(d) Navy
(e) Anti-Corruption and
(f) Public Account.
Indeed, he was the Deputy Chairman of the commerce committee.
9. He was the only member of the National Assembly from Edo State who was a member of the Appropriation Committee between the year 1999 - 2003.
10. He contributed immensely in the provision of fund for the expeditious execution of:
1. Benin Bye-Pass
2. Benin-Onitsha Road Dualization and
3. Benin-Warri Road, Dualization projects.
In addition to these, he attracted several projects to his Federal Constituency viz:-
1. Abudu Erosion Control Project
2. Urhonigbe Erosion Control Project
3. Federal Comprehensive Health Care Centre at Urhomehe
4. Construction of Primary School Building at Urhomehe
5. Federal Borehole at Urhomehe
6. Rehabilitation of Benin-Abraka-Agbor-Sokponba-Ugharefe Road.
7. Electricity to several communities
8. Giving employment to several persons from his Federal
Constituency
9. Provision of financial assistance to law students at the Nigeria law school, Abuja who are from his Federal Constituency, and;
10. Borehole in several communities.
Finally, Dr. Odubu is happily married with four children.

‘Wizkid Is The Only Man I Can Spread My Legs For’ - Twitter Lady Says, Nigerians React (Photos)
[Lyrics] Yung L - Island Thing
See How Much Bobrisky Spends on Makeup - Don't Click if You're a Low-Income Earner.
Nigerians Will Always Be Ahead Of Us In Music - Ghanaian Singer, Palago Mufasa

‘See Weytin I Dey Chop’ – Actor Junior Pope Says, As He Gushes Over His Wife (Photo)

BBNaija 2020: Erica Reveals What Will Happen Between Her And Laycon If Kiddwaya Wasn’t In The House