Popular Nigerian music mogul and actor, Bankole Wellington popularly known as Banky W has revealed the job Wizkid was doing before he got him signed. 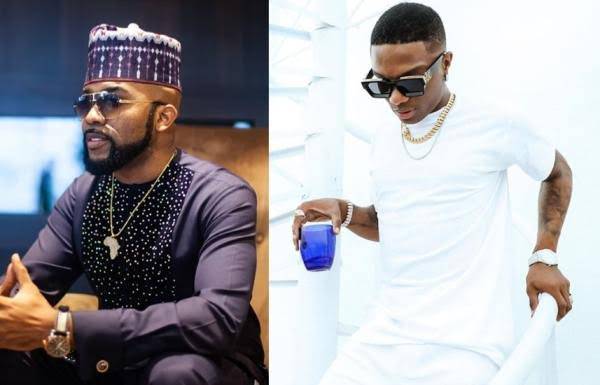 Banky W in a new video he made reacting to the viral tweets of himself and Wizkid that trended days ago stated that Wizkid was simply doing the job of Ann hype man before he signed him into his Empire Mate Entertainment (EME) record company.

Banky W stressed that the tweets that were trending days ago about Wizkid begging to get signed to his label was just jokes as they were only catching cruise that day stating that he had already signed Wizkid before then.

Banky W then revealed how he got to meet and sign Wizkid.

Wizkid was an hypeman to onetime popular artist, Kel before he got signed, according to Banky W.

Banky W also stated that Wizkid was a backup singer to him for like a year before he got signed.

Banky W then later shared a word of advice to everyone in the video stating that:

This has however brought about reactions from fans of Wizkid has they are stunned by how he fought and hustled hsi way too stardom.

So all of the I cannot do "Yes Sir" to anybody, you will dry there. Mo pity e gaaan!!!

“The starting point on a road to success begins with service"

Wiz has always been an inspiration and will always Be big ups Champ!.. Humility is key remember that...

See screenshot of their reactions below: 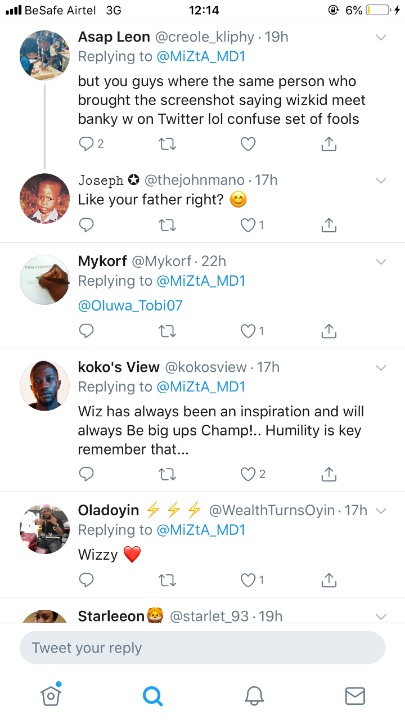 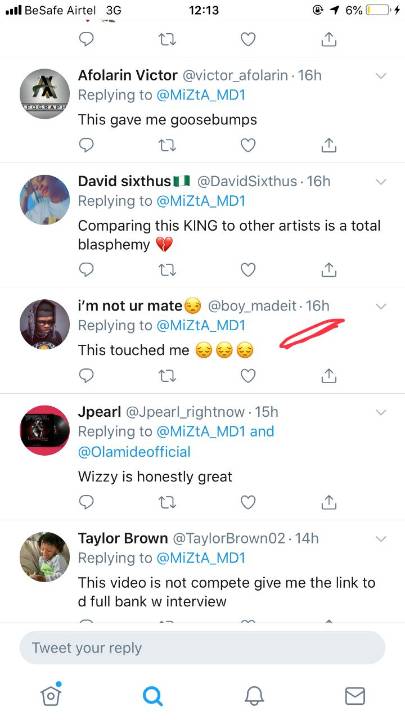 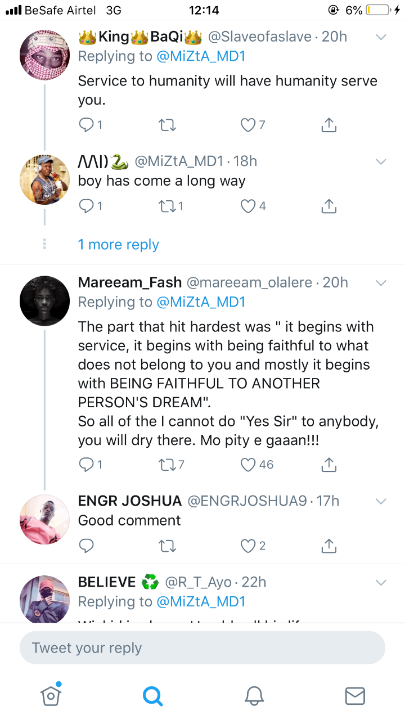 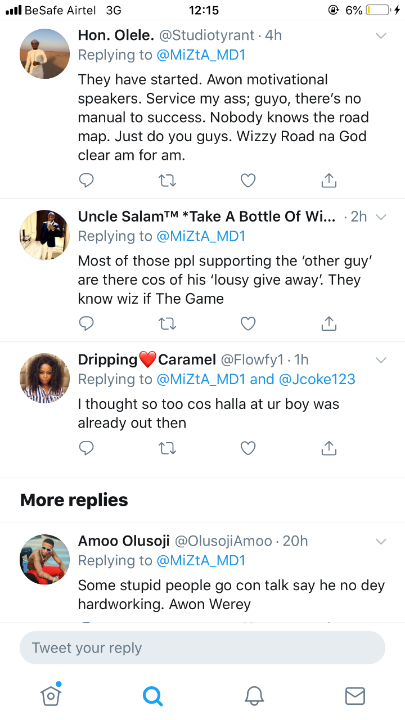 Ladies, giving him mad s*x isn’t a valentine gift — Reality TV Star, Ifu Ennada
Nigerian lady converts masquerader to Christianity, makes him remove his masquerade costume
Rapper Zlatan Hits At Another Fan Who Begged Him Money To Pay For His School Fees
When we pulled him out of the rolls Royce, he was still alive – Eye witness gives account of how socialite, Ginimbi died