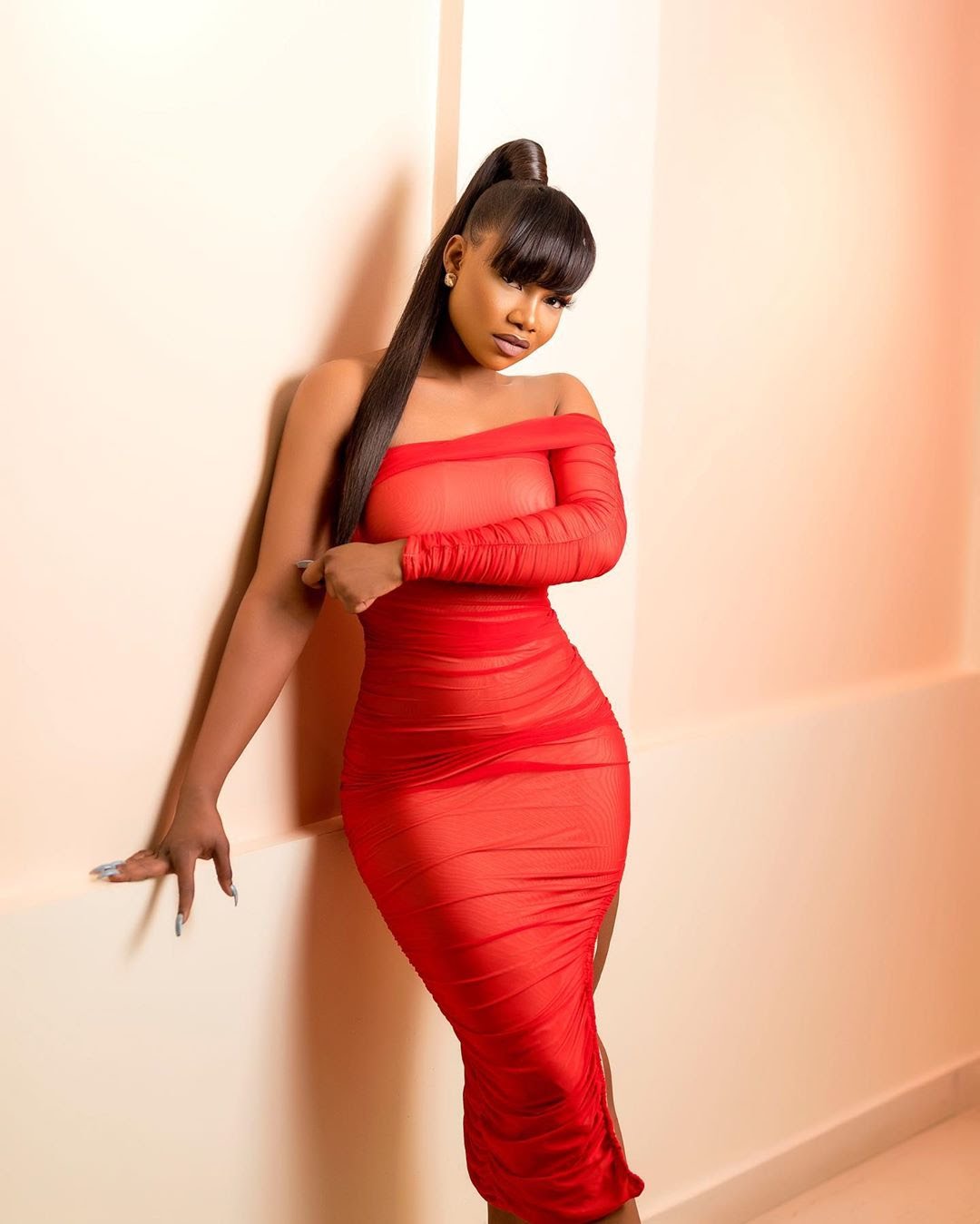 Big Brother Naija Ex housenate, Natacha Akide, popularly known as Tacha, has been been dragged by a lady on social media, for allegedly showing off fake designer shoes.

Tacha recently shared a video of herself unboxing some shoes that got delivered to her.

One of the shoes, a YSL Opyum Heels, was wrapped in a nylon bag instead of a shoe bag.

However, a social media user claimed the particular YSL Opyum Heels she unboxed was not the authentic version.

Making the allegation and blasting the reality TV star, the social media user, also stated a reason to backup her claims.

Sharing a video in which she explained why the shoes are fake, the Twitter user wrote;