Famous Nigerian disc jockey Florence Ifeoluwa Otedola popularly known as Cuppy, took to her Instagram to show off gifts she got from super star singers, Wizkid and Tems. 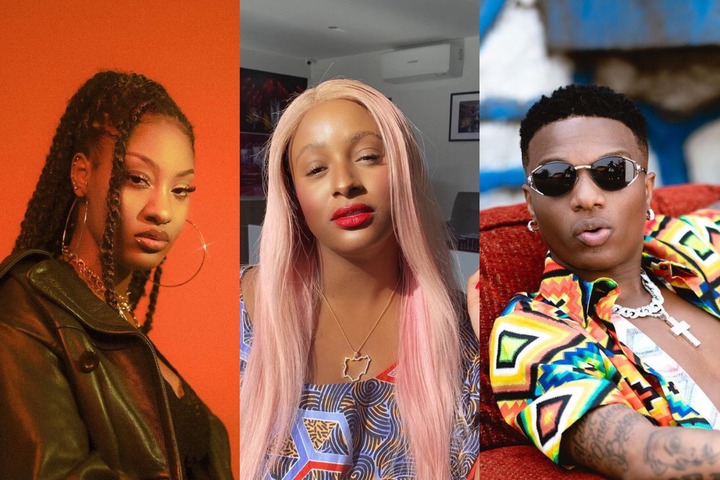 According to the disc jockey turn music artist, she was not at home when the gift arrived but she got home to meet it.

She took to her Instagram stories, to share a photo of the gift and captioned it this way;

“Came home to an amazing gift from Wizkidnand Tems 🥺🥺🥺” 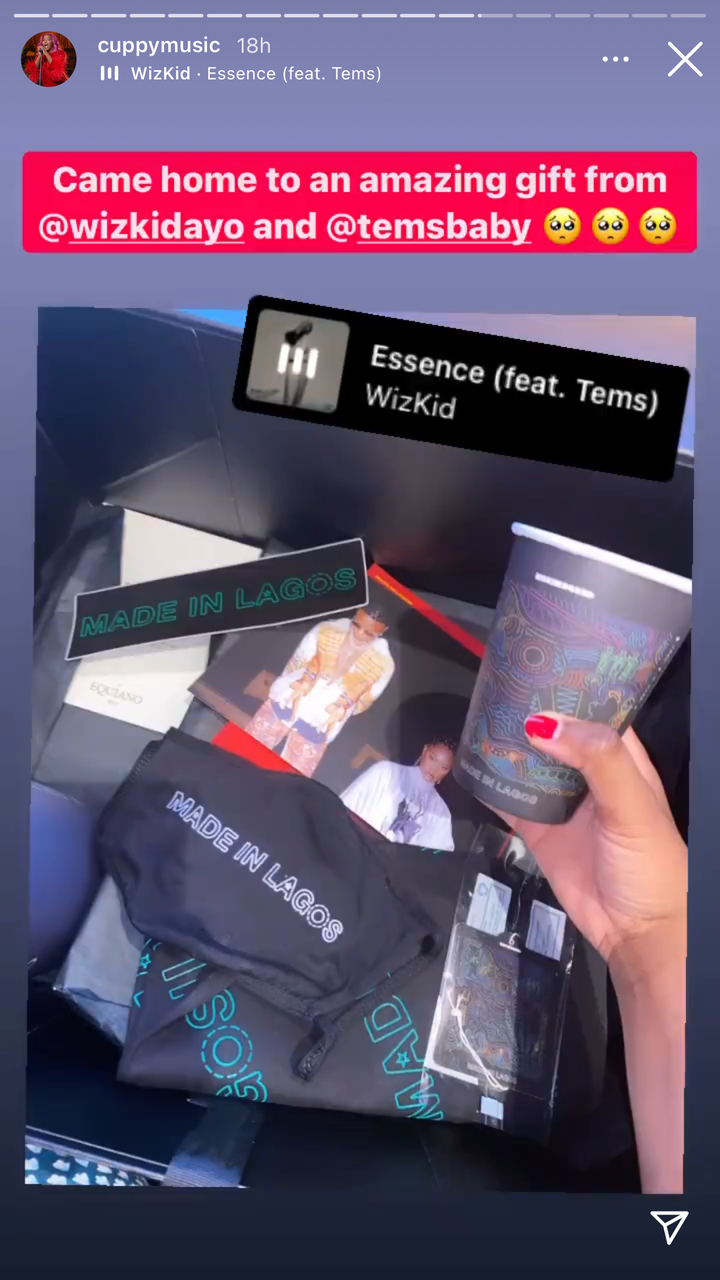 Well, Wizkid has been doing this gift sharing around for quite some time now as some of his friends have posted unboxing their gifts on social media before.

The gifts contains customised ‘Made In Lagos’ shirts made by popular German multinational corporation that designs and manufactures athletic and casual footwear, apparel and accessories, Puma.

The gift also contains, a customised ‘Made In Lagos’ plaque, cup.

It also contains a Puma made footwear, a magazine by Native Mag which has Wizkid has the cover star.

However, Wizkid fans have for sure reacted to this, some of his fans have stated that it is definitely an underground promotion strategy from Wizkid to promote his recent video, Essence featuring Tems. 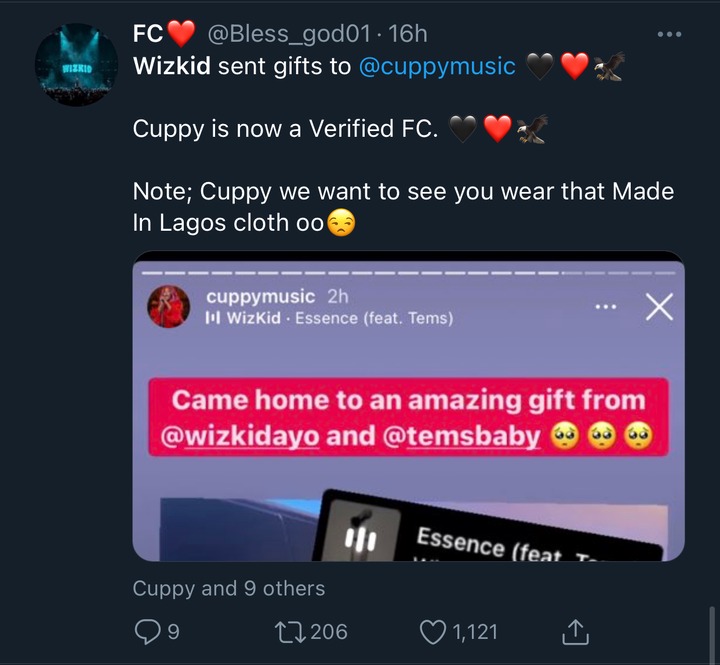 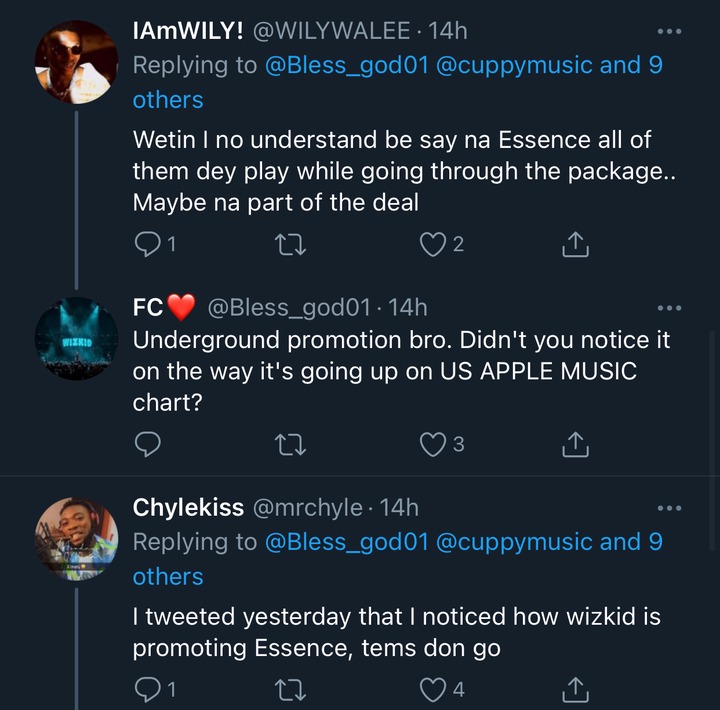 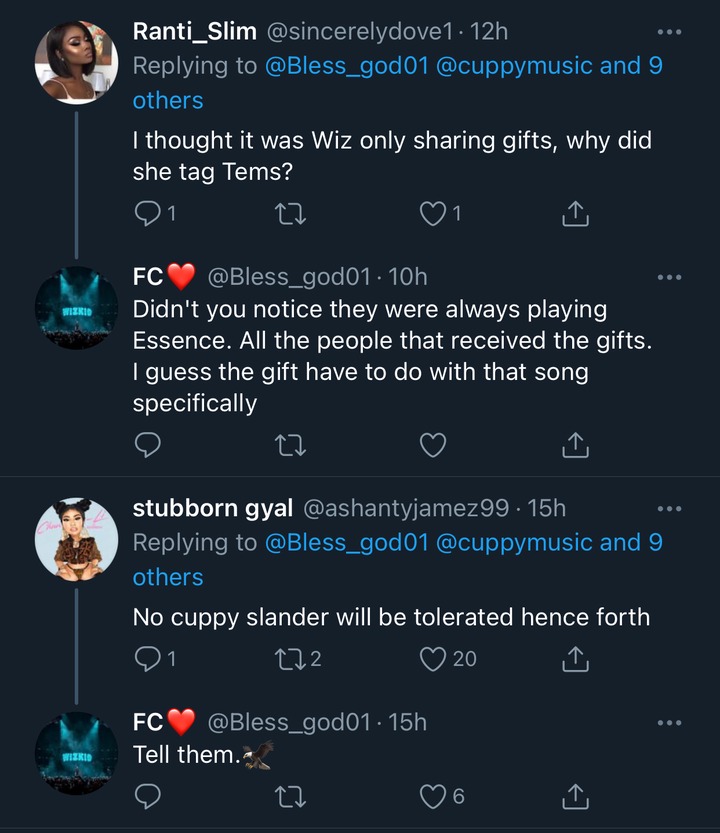 Tania Omotayo Opens Up On Her Relationship With Wizkid | WATCH
“Wizzy has done bigger things that we’re yet to know about” – Reactions as man reveals Wizkid’s N1.6M gift to fan (Video)
Wizkid Sets Another Record For African Music With 'Essence' Featuring Tems
Wizkid Reveals What Changed His Life And Life Of His Family