Mother to popular Nollywood actress, Mercy Aigbe have ventured into selling liquid soaps for multipurpose use. 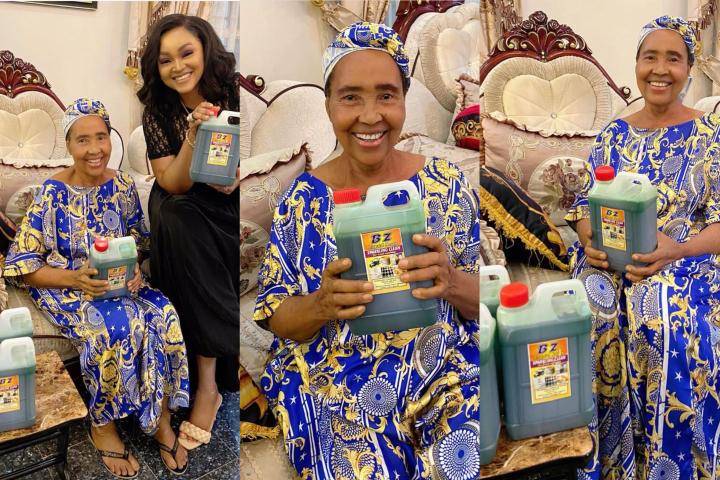 Her daughter, Mercy Aigbe have taken to popular video and photo sharing social network, Instagram to share and promote her mother’s new job.

Mercy Aigbe was filled with joy as she shared the photos and stated how she and her mother had a conversation about the liquid soap which is now ready for sell.

Mercy Aigbe noted that her mother canvassed her to help her share photos of her products on her Instagram page so people could buy from her.

Mercy Aigbe stated in her caption that her other made 100 pieces and that she uses the products at home but now her mother decides to seek to people.

According to the caption by Mercy, she told her mother that she shouldn’t stress herself by doing it but her mother replied that she was bored and that she (Mercy Aigbe) was trying enough.

See screenshot of her caption below: 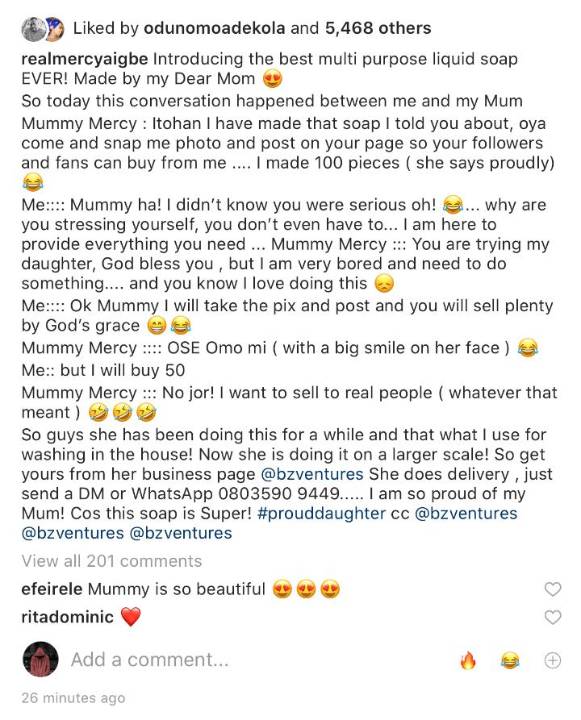 See the photos Mercy Aigbe shared posing with her mother and the products below: 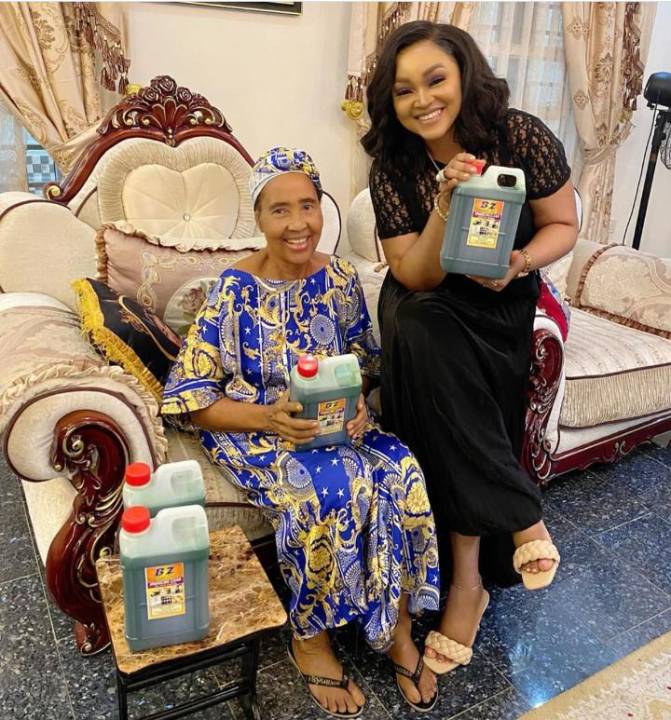 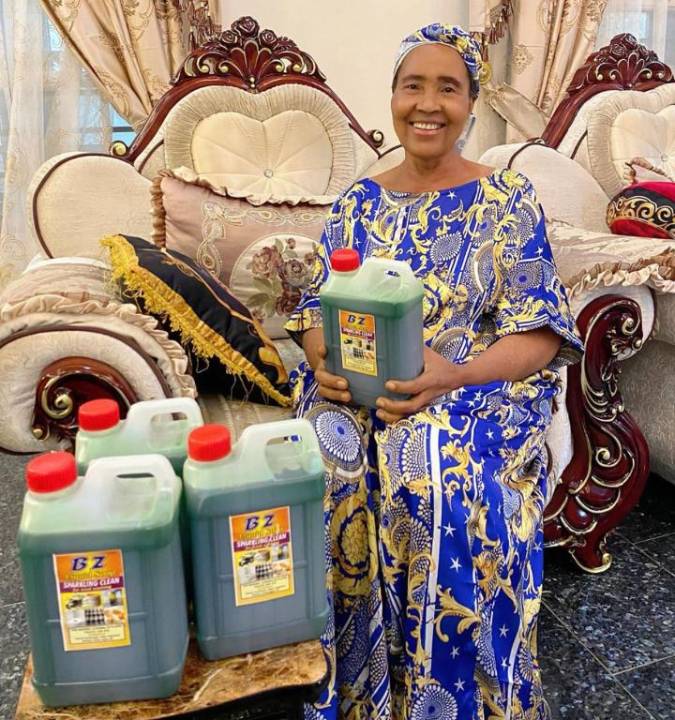 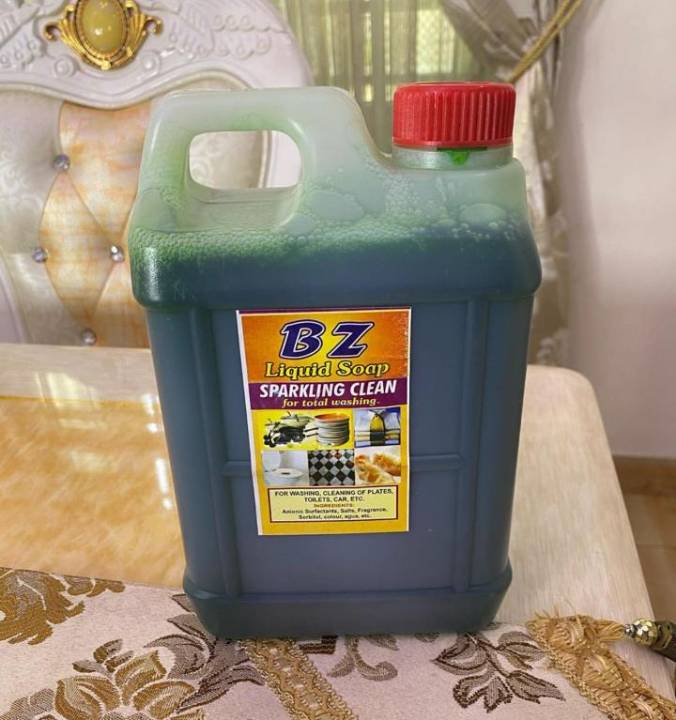 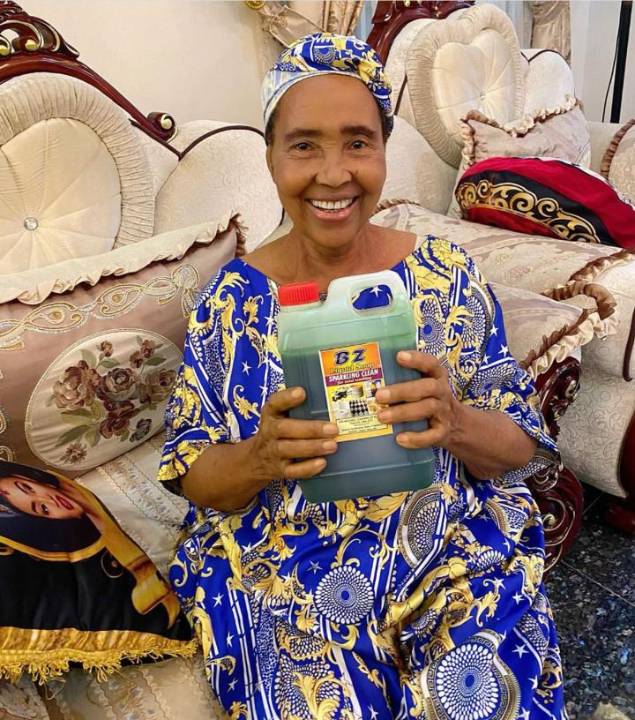 Meanwhile reactions have followed the post on IG as different users have commented they are ready to patronize her mother. 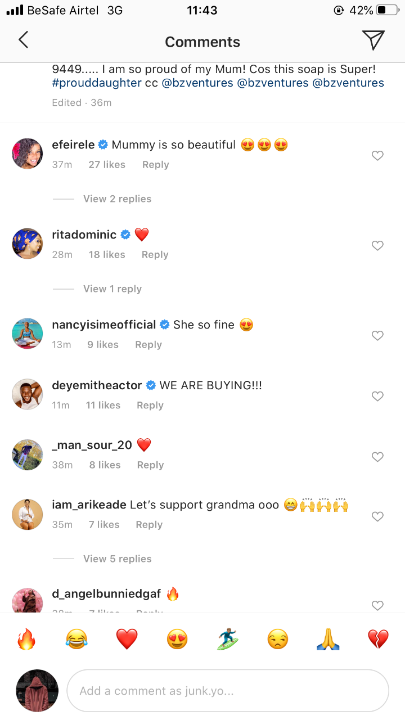 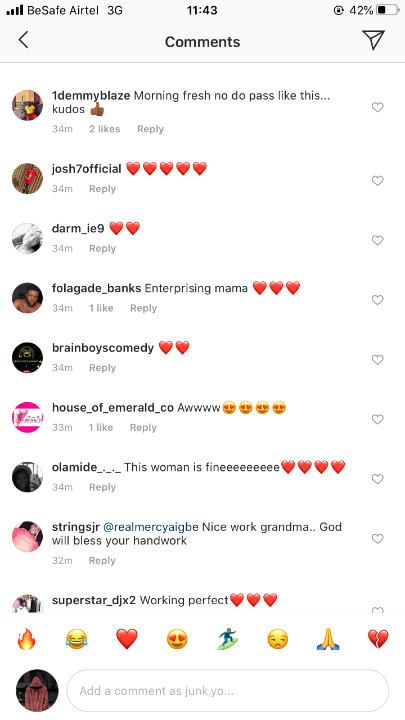 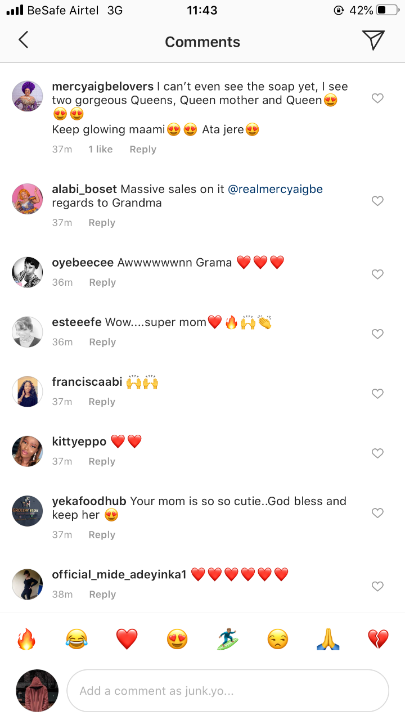 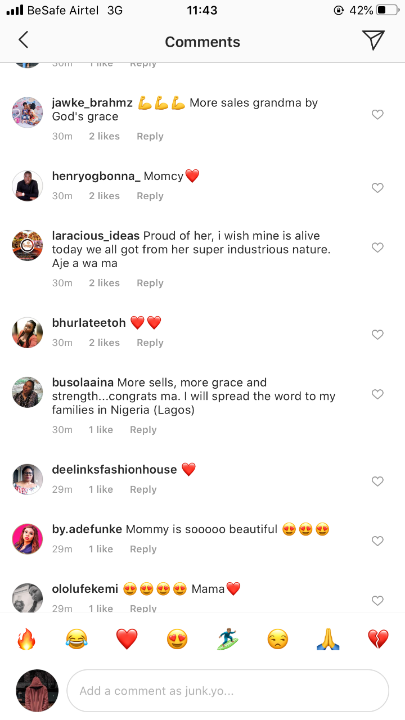