There was a funny twist in the Big Brother Naija ‘Lockdown’ house last night as housemate, Neo decided to play a huge prank on other housemates. 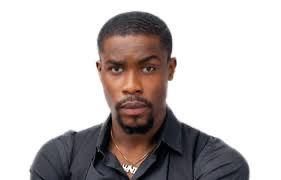 Mixed reactions followed this in the house amongst the housemates as they ponder on who might have been behind this, some said Big Brother might be the one behind it.

But in the midst of the confusion, Dorathy singled out that Neo might be the one behind it with reasons as some other housemates backed her after she stated her observations.

Neo kept calm and did not say anything as he also told them he knew nothing about it. 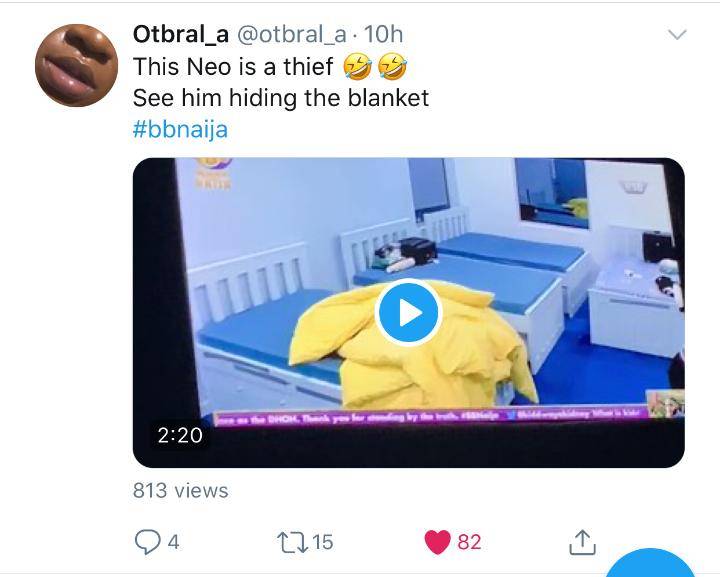 It became a cause of worry among them as they began the hunt for the duvet and pillows and yes they did saw it under the beds where Neo kept them.

Well, according to the reactions on Twitter Neo, Nengi, Ozo and Vee all knew about this but they also kept mum and played along. 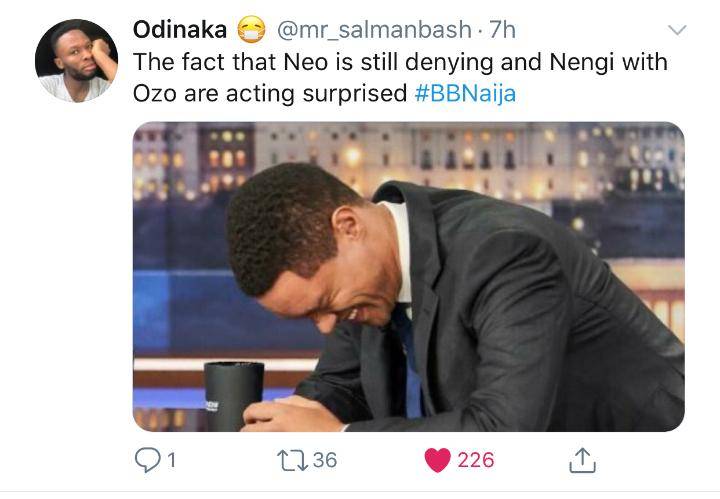 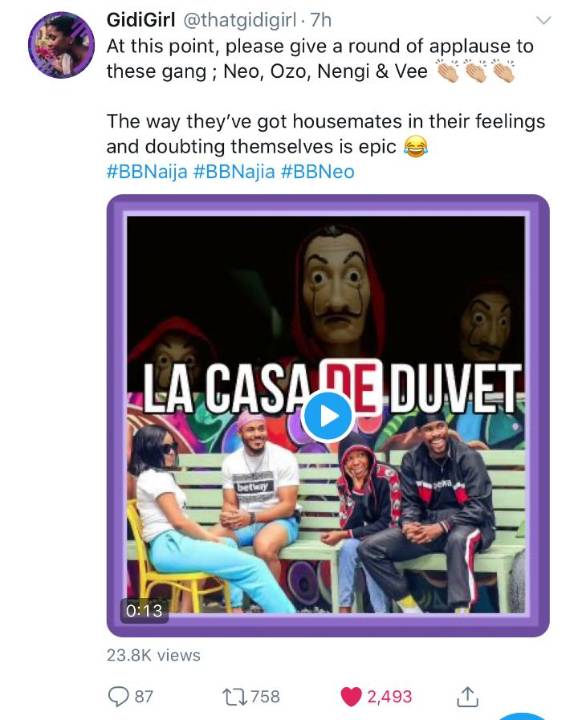 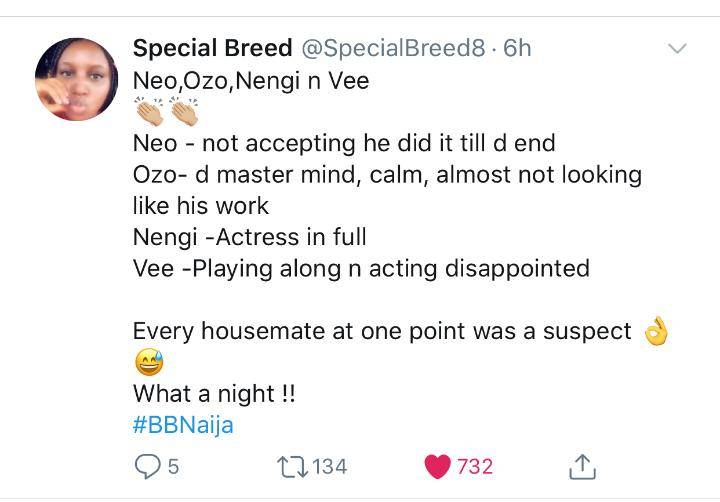 BBNaija 2020: The Moment Laycon Kissed And Had A Long Hug With Erica Last Night (Video)
Watch Moment Brighto Snubbed Dorathy, And Spends The Night With Wathoni In His Bed (VIDEO)
#BBNAIJA2020: “I Wanted To Kiss You Last Night, And I Meant It” – Dorathy Tells Brighto (VIDEO)
BBNaija 2020: See Video Of What Neo Did That Got All The Housemates Worried Last Night