Nigerian Twitter users have opened the matter of popular music artist, Lil Kesh today as they ponder on what really happened to him. The rise of Lil Kesh was one of the best examples of a ‘grass to grace’ story as his former label boss, Olamide picked him up from the streets and nurtured him to be a superstar and we enjoyed his musics.

Okay, you forgot him? He was the one that released the first song for popular dance move, ‘Shoki’ that year was massive you know? Yes you know.

But in the last few years the star rating and the rave in him have dropped and he is no longer in the buzzed as he used to when he was under Olamide.

So today, Twitter users have decided to pop the story out and deliberate on what really happened to superstar singer.

Popular blog, Instablog9ja took it to Twitter and asked a question which reads thus:

“But seriously, what happened to Lil Kesh?” 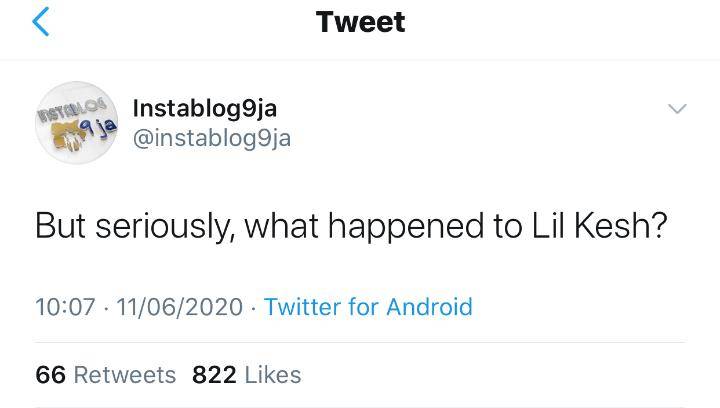 Since that tweet dropped, Twitter users have trooped in to start commenting on it and they all shared their views to his situation.

See some replies below:

He exhausted his energy. He should be coming back stronger soon.

He lacks patience and consistency. He shouldn't have left ybnl

Sometimes I wonder where did he disappear to

I really miss his vibes

See screenshots of some reactions below: 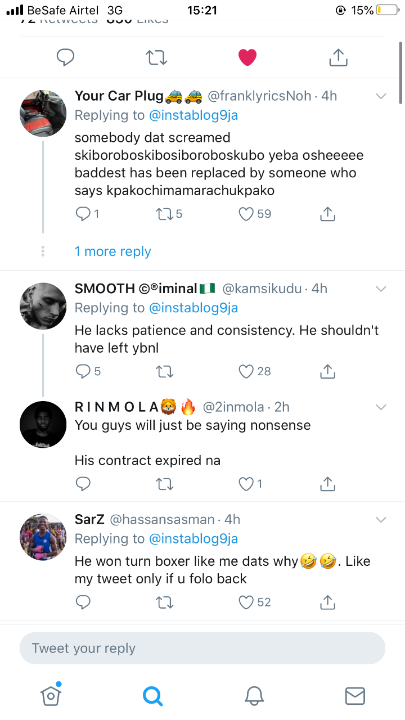 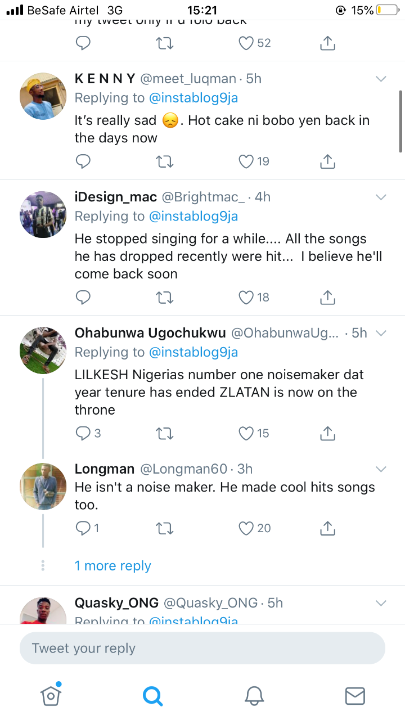 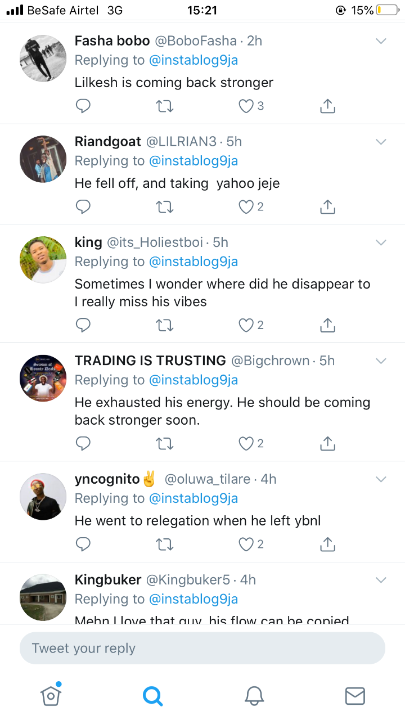