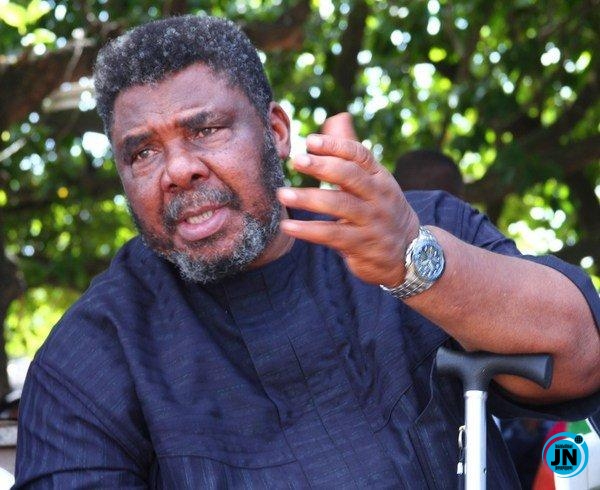 A Nigerian man has taken to Twitter to accuse Pete Edochie of domestic violence and repeatedly cheating on his wife.

@chydec has taken to Twitter to reveal the horrors that the wife of veteran actor, Pete Edochie has undergone in her marriage.

Recall that Pete Edochie has been dragged mercilessly by millennium Nigerians. And this is because of his opinion and perception pertaining to married women and their cheating husbands.

He advocates that it is not in the culture of African for women to divorce their husbands all because he cheats. 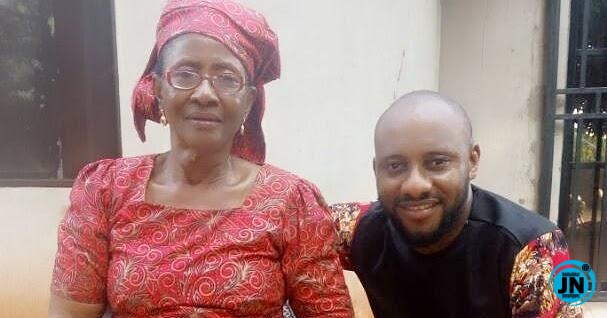 However, as the dragging continues on Twitter, @Chydec has made a shocking revelation of what had undergone in the Veteran actor’s marriage.

“Men should beat their wives into submission”

@chydec who claimed his late mother was a colleague to the actor’s wife revealed how Pete Edochie beats his wife until his sons got involved and also cheated shamelessly with other women until old age came. 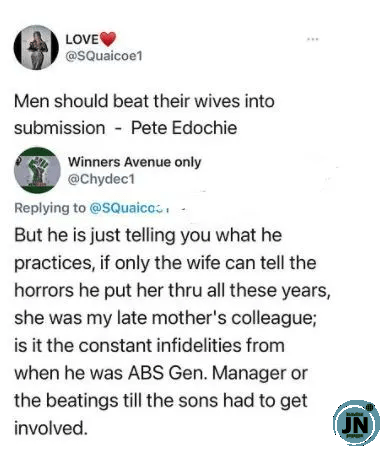