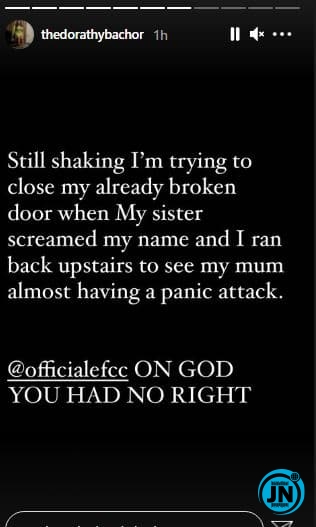 Former Big Brother Naija housemate Dorathy Bachor has given an update on the raid in her estate by the operatives of the Economic and Financial Crimes Commission.

Kemi Filani News had reported that the Reality TV star expresses anger after EFCC officers broke into her apartment this morning while searching for a suspected internet fraudster.

Sharing videos of the raid and the family’s experience on her Instagram story, Dorathy said she is still unable to get herself into the right state, adding that her mother almost had a panic attack due to the incident.

She also slammed the EFCC operatives for breaking into people’s houses and jumping fences, all in the name of doing their job.

According to Dorathy, she had never felt so helpless in her whole adding the EFCC are putting a gun on people’s heads and threatening their lives in the name of doing their job.

She wrote; Still shaking I’m trying to close my already broken door when my sister screamed my name and I ran back upstairs to see my mum almost having a panic attack. EFCC on God you had no right. 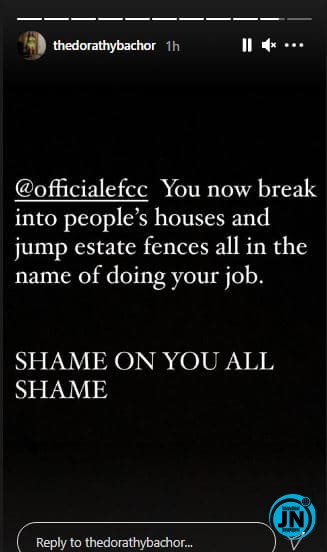 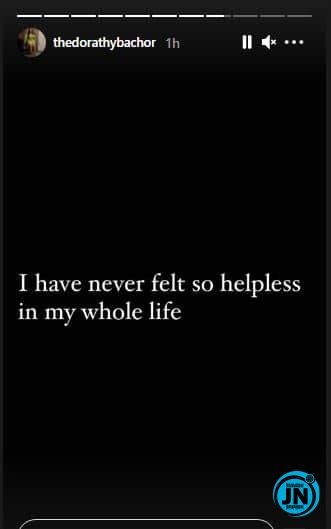 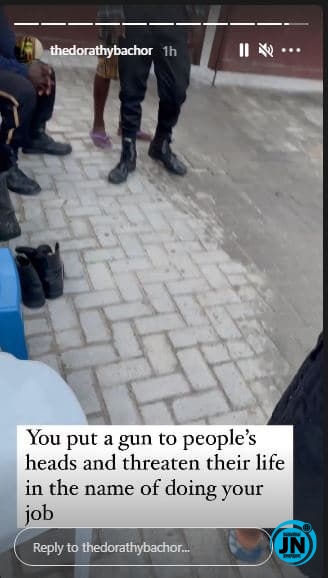 “I waited till end of morning devotion” – Lady narrates emergency experience at hospital
“After two years plus that I was shot, pellets still coming out” – Angela Okorie recounts her near-death experience with gunmen
#EndSARS: Medic who assisted protesters recounts her experience with police
Nengi recounts 24th birthday experience, how her photoshoot outfits cost N15M