How Wizkid Became The Big Starboy We All Know
Posted by 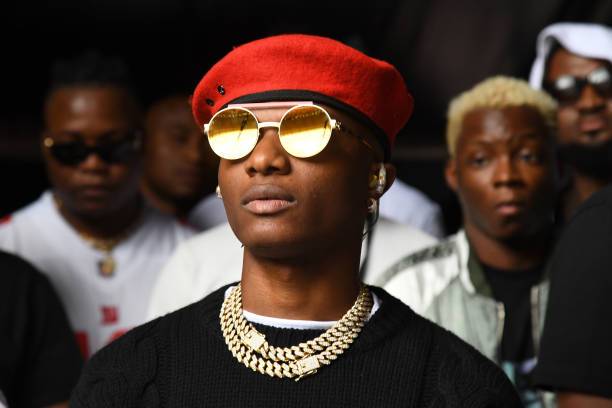 Ayodeji Ibrahim Balogun popularly known now as Wizkid was just a young boy roaming the streets Of Surulere, Lagos Nigeria in the early 20's looking for opportunities to hit the spotlight and sing sweet renditions to our ears.

Wizkid although started this music journey with his group of friends in church at that time they released a music project. Sooner or later the music group he formed crashed.

In 2008, he met with now late producer, OJB who prevented him from recording a studio song for a year. OJB later went to his home to plead with his parents to allow him make music. While being close to OJB, Wizkid watched then biggest artist like 2Baba, Sound Sultan record their music projects in OJB's studios.

Wizkid was mentored and coached by then popular rapper, Naeto C.

Wiz for sometime was a studio rat. In 2009, the door finally opened for him. He inked a recording deal with Bankole Wellington a.k.a Banky W's Empire Mates Entertainment after he co-wrote "Omoge You Too Much", a song from Banky W.'s [i]The W Experience[/i] album.

Way before the deal happened, Wizkid worked with Naeto C, Ikechukwu and M.I while developing his craft. He then dropped out of Lagos State University and got admitted to Lead City University but later left after completing two sessions.

In 2010, he dropped his debut song which later turned to a massive hit under Empire Mates Entertainment, “Holla At Your Boy. That song later bagged him the highly covered Next Rated award at that year's Headies Award.

He went on to release more songs like Don't Dull, Tease Me and also a studio album, Superstar.

In 2014, he dropped his sophomore album, Ayo (Joy) under Empire Mates Entertainment and his own imprint, Starboy Entertainment. He left Banky W's record label after that project over disagreement on money issues.

Wizkid didn't like most artists fall off after leaving Empire Mates Entertainment rather, he turned out to be a monster in what he does releasing more songs and holding a top spot in the Nigerian music industry.

Wizkid finally hit the international space after popular Canadian rapper, Drake and British rapper with Nigerian roots, Skepta jumped on “Ojuelegba,” a song on his album, Ayo (Joy). The remix of that song later went on to be ranked as the 12th biggest song of that year by The Fader.

Drake then featured Wizkid & Kyla on “One Dance”, a song on the rapper's album. The song later went on to be Drake's most successful track till today. The song became an international smash hit, topping the charts in 15 different countries, including the United Kingdom, Canada, Australia, France and Germany. The single thereby became Wizkid's first number-one single as a featured artist in these territories, it also earned him a Grammy nomination.

In 2017, Wizkid signed the biggest recording deal ever by an African artist with Sony/RCA which resulted in releasing an album titled, “Sounds From The Other Side.”