“Did you drink too much pool water or you are pregnant” – Curious fans question, DJ Cuppy in new photo
Posted by 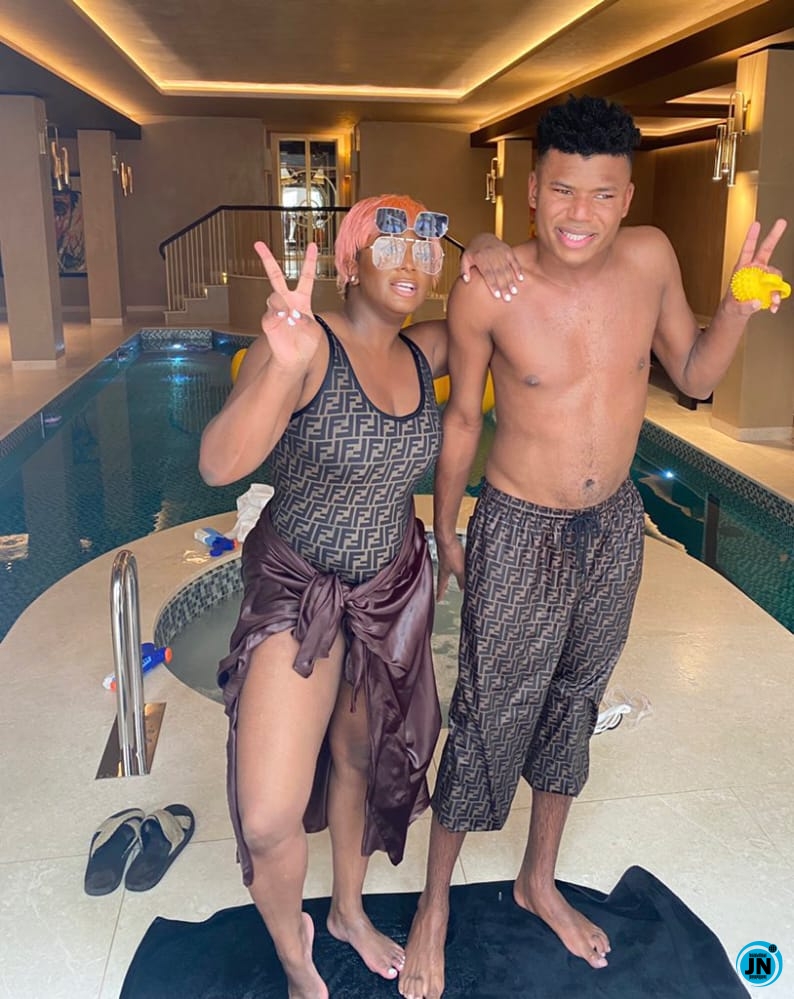 In a picture shared on Twitter, Cuppy shared a picture of her and her kid brother clad in a Fendi swimsuit. The disc jockey in a pose looks like she had a baby bump. While others question if she’s pregnant.

Reacting to this, a fan asked if she drank some pool water while another asked if she’s pregnant. 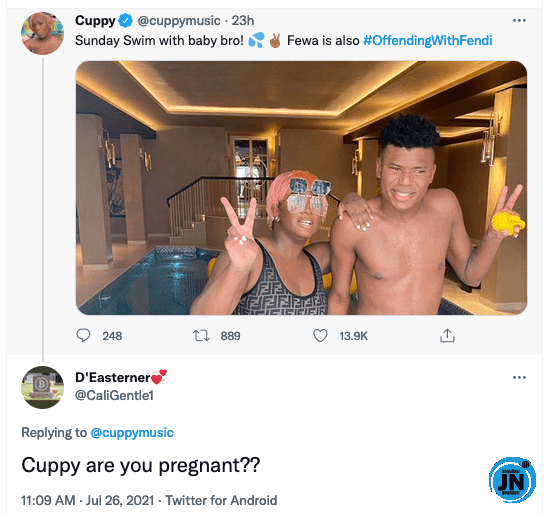 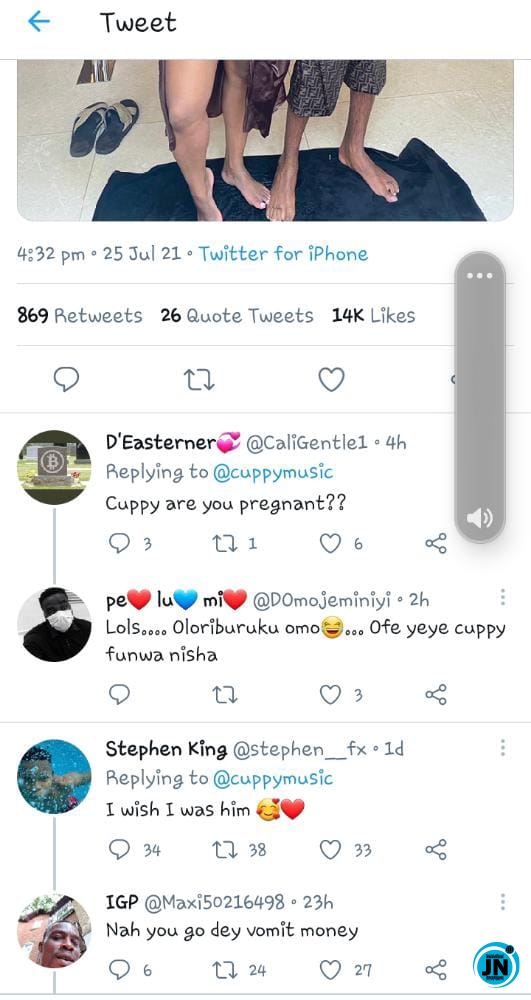 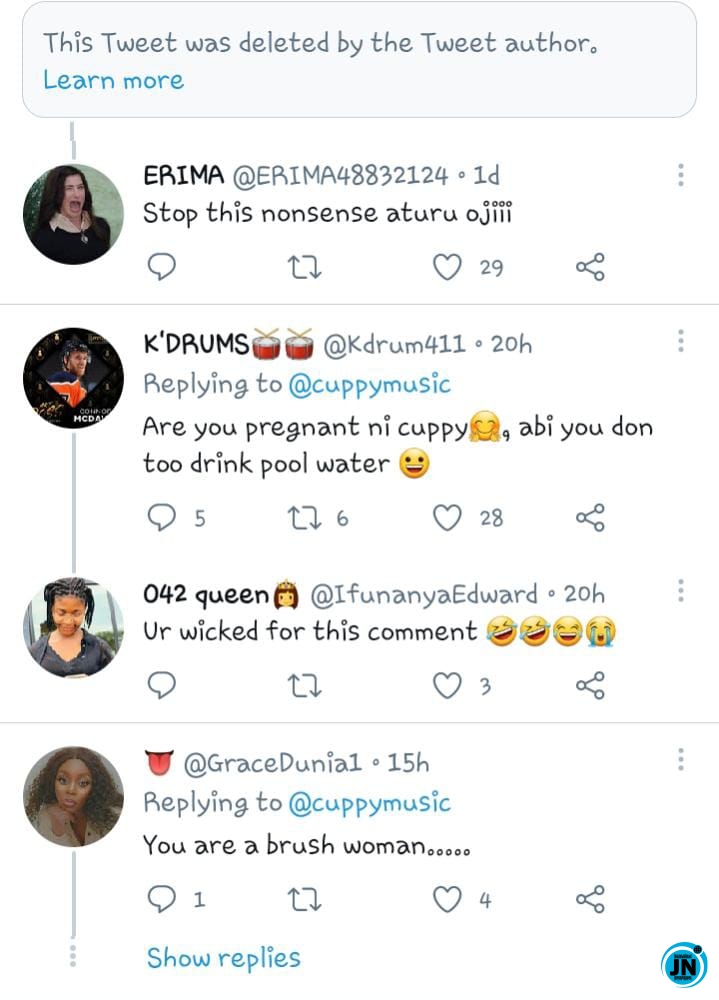 Responding to the comment, DJ Cuppy replied saying she is not pregnant but she just has a big belly.

She went further to say that the money she is spending in the summer is way bigger than her summer body. 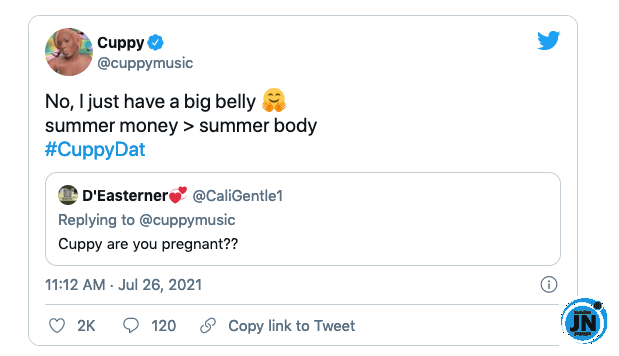 “Did you drink too much pool water or you are pregnant” – Curious fans question, DJ Cuppy in new photo