Chelsea fans are on Twitter slamming one of their own after Tammy Abraham made his feelings clear on the amount he wants to be paid to remain in the team. 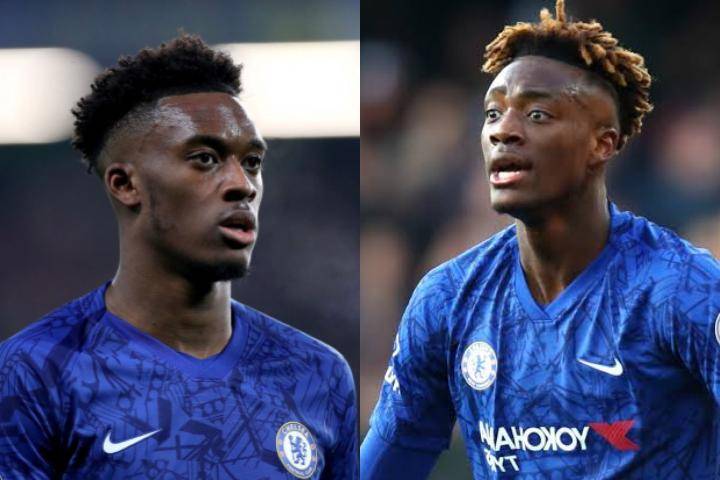 In the latest reports flying on the internet, Tammy Abraham has made it known that he wants a £130,000 per week contract to match Hudson Odoi to remain at Stamford Bridge.

No lies, 22-year-old Tammy Abraham has actually enjoyed a breakthrough season at Chelsea as he has scored 15 goals in 39 games.

However, in recent weeks Chelsea have signed German forward, Timo Werner to provide competition for the Englishman with Nigeria origin.

However, fans of Chelsea are reacting to the demands of Tammy Abraham and in the process they’re slamming Hudson-Odoi.

Recall, sometime last season, Hudson-Odoi started featuring in Chelsea games and sooner became one of the most respected teen players.

Bayern Much came for him but Chelsea rejected the offer and they offered him a bumper contract making him earn £120,000 at age 18.

However, Chelsea fans are slamming Hudson-Odoi for putting Chelsea under pressure last season in order for him to earn a huge deal.

See reactions from Chelsea fans below: 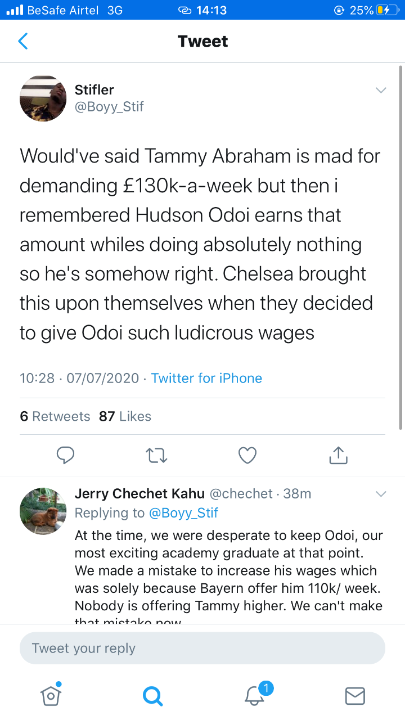 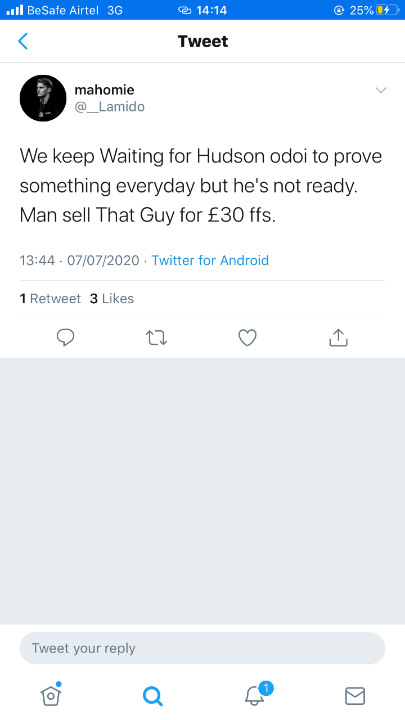 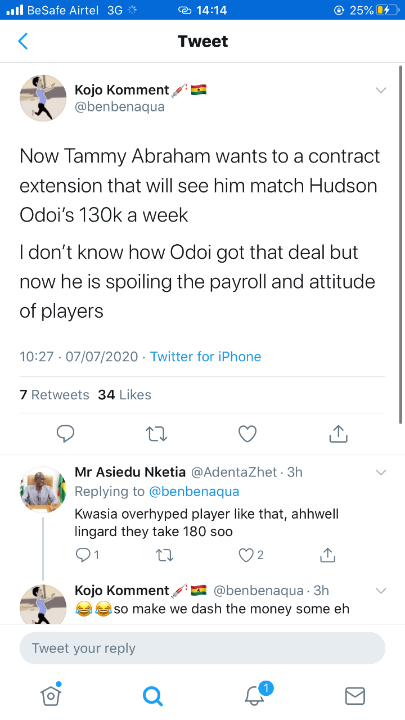 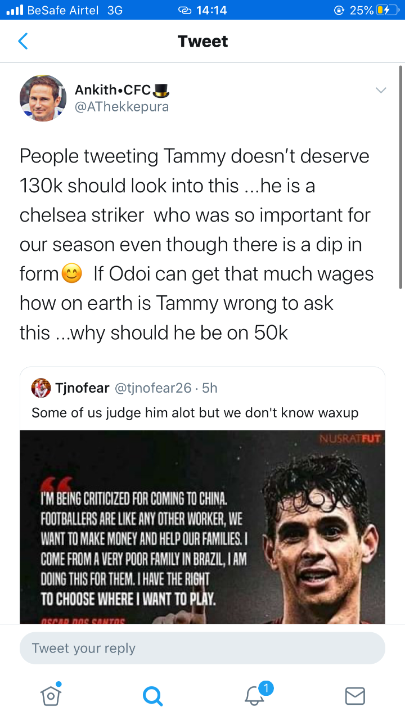 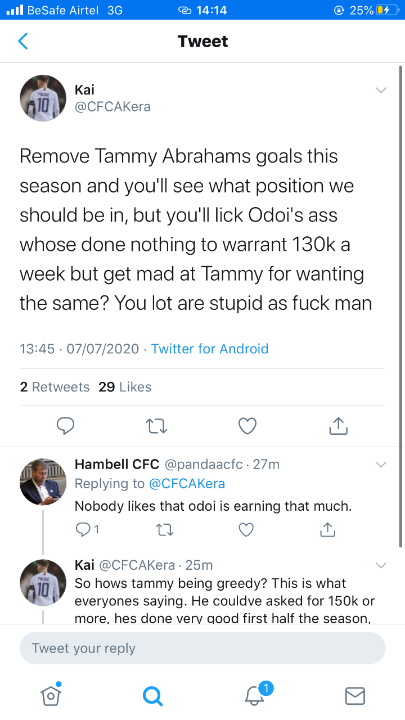 Chelsea Fans Slam Hudson-Odoi After Tammy Abraham Told Chelsea How Much He Wants To Be Paid
Davido Poses With Chelsea's Tammy Abraham, Fikayo Tomori In Dubai