Davido commented this under the post of another actress, Eniola Badmus who made a post about the couple.

Hours ago there was a buzz that the Nollywood actress who is currently gearing to welcome her 4th child with her husband has given birth.

Definitely this would have been what Eniola Badmus heard and prompting her to make her post congratulating Mercy Johnson and her husband on welcoming a new child.

Well, under this post Davido simply dropped a comment tagging them as ‘wicked people.. congrats tho’ and this has simply drew replies from other users of the popular photo and video sharing social network, Instagram. 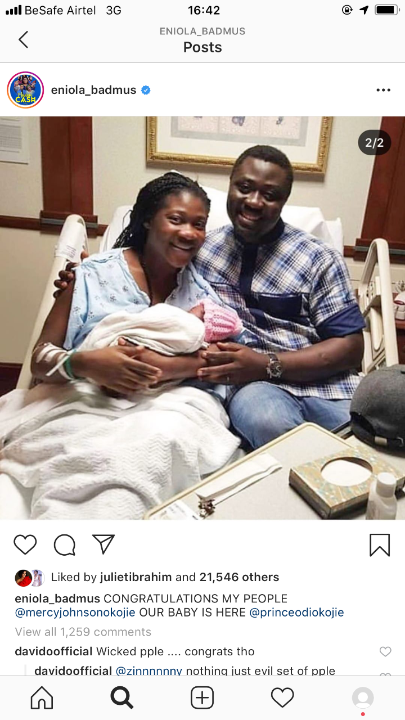 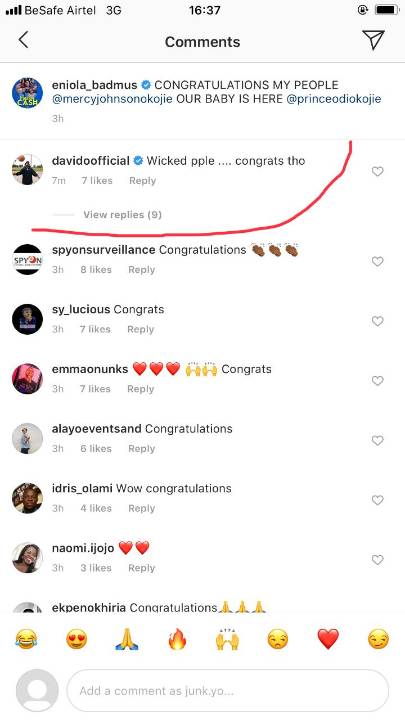 However, Davido’s comment has forced different replies from other users of the platform as they have swiftly started replying his comment and asking what happened.

Some took it as a joke while some are demanding for what really happened that made him say that.

Davido however gave a response to a user who asked ‘wetin them do’.

He replied: “nothing just evil set of ppl that’s all” 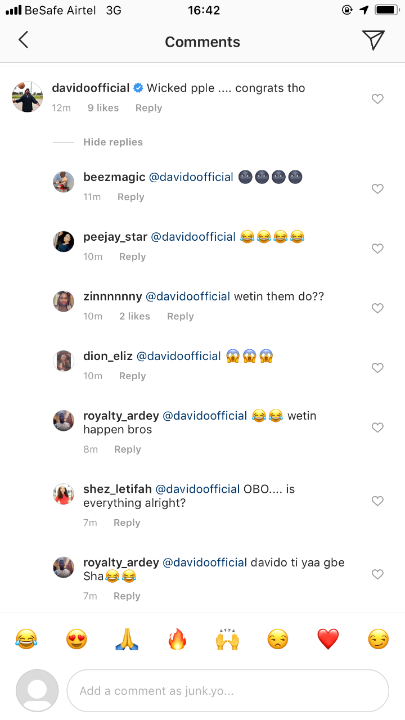 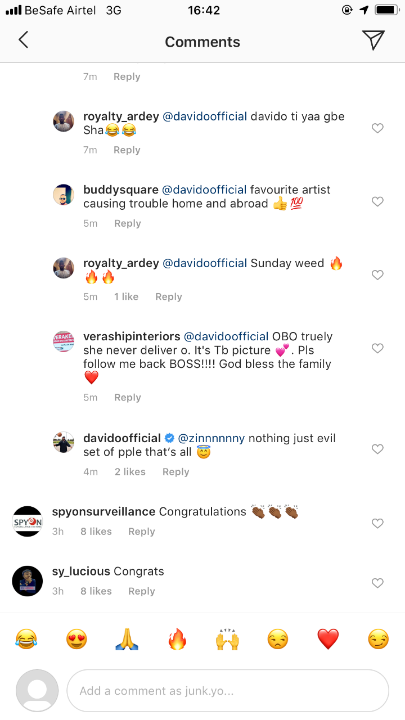 DJ Cuppy Gets Annoyed After Fan Threatened To Slap Her If She Doesn’t Do This (See Screenshot)
Opeyemi was crying and begging me everyday – Nkechi Blessing leaks chat with ex-husband (Screenshot)
Reactions as billionaire, Obi Cubana replies lady who drew tattoo of him at her back (Screenshot)
“Machala has spoken” – Nigerians react to Wizkid’s tweet about award (Screenshot)