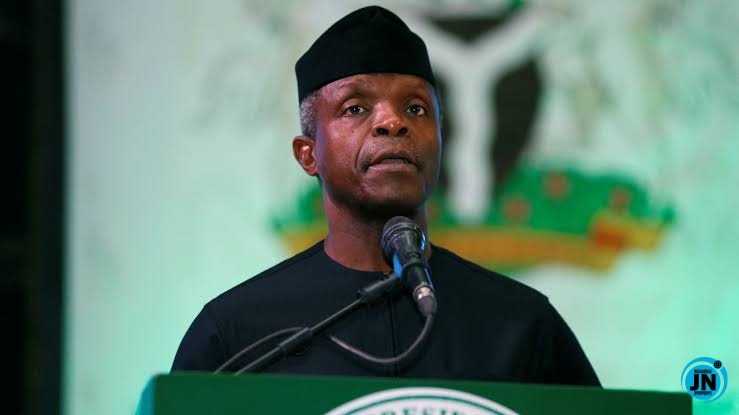 Nigeria’s Vice President, Prof. Yemi Osinbajo, has condemned the unlawful arrests, brutality and killings of young Nigerians by the police.

He spoke after meeting with the Inspector General of Police, IGP Mohammed Adamu, in Abuja, on Sunday, October 4, the Vice President said that police officers that were found culpable in the maiming and killing of young men and women should be made to face the full wrath of the law.

“I am very concerned, in fact, very angry about what I see, happening to young men and women who are arrested, in some cases maimed or killed by men of the police force.

The arrest, maiming or killing of young people or anyone at all, is completely wrong. It is unlawful and illegal, and anyone involved in this act ought to be investigated and prosecuted.

Today, I had a meeting with the Inspector General of Police, we reviewed several of these issues. The President and I have had discussions on this, he is very concerned about it. He wants to see a reform.

The IG has specifically said that you cannot have a situation where SARS [/b]says they are investigating Cybercrime by arresting young men and women carrying their laptops and phones.

Cybercrime is an electronic crime. I don’t see how you can investigate that by seizing people’s phones in a taxi or in their cars".

‘See Weytin I Dey Chop’ – Actor Junior Pope Says, As He Gushes Over His Wife (Photo)
Singer Emma Nyra Blasts Those Rejoicing Over Hushpuppi's Arrest (See What She Said)
“See What Fake Life Has Landed Me Into” – Bobrisky Says, See Reactions
RAPE ALLEGATION: D’Banj, through His Lawyer, Sues His Accuser, Seyitan, For N1.5billion. (See Details)