Buju may not appear to be out to get his detractors, but on Monday, November 29th, he delivered them a clear message via his Twitter account. 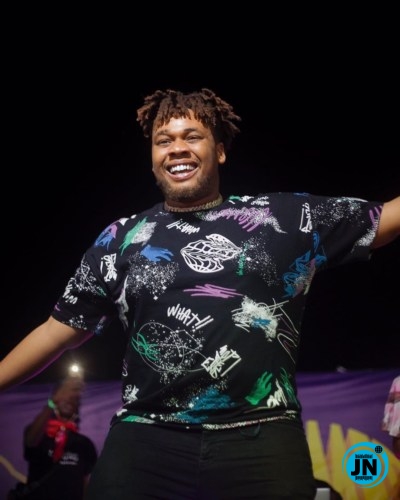 He first used the app to express his gratitude to Wizkid for bringing him out to his O2 show on Day 1 of the #MIL tour. The crowd erupted when Buju and Wizkid performed their hit song MOOD on stage, as shown in the video.

Buju admitted that he still can't believe he was at the 02 and that people were singing his song.

Given the hatred he has received from other fanbases, he admitted that he had no imagined such a thing could ever happen to him.

Buju further stated that his detractors should go away because Grace and, of course, Wizkid made it feasible for him to perform at the 02 Arena.

“She wasn’t dumped” — Maria’s team clears the air on why she removed Upfront email from social media pages
Nigeria vs Lesotho: CAF clears Iwobi to play AFCON qualifier
"It's Becoming Clearer By The Day, Don't Really Care Though" – MI Abaga To Those Hating On Him
Lucy clears the air on what she meant by ‘Nengi loves being touched by guys’ (Video)