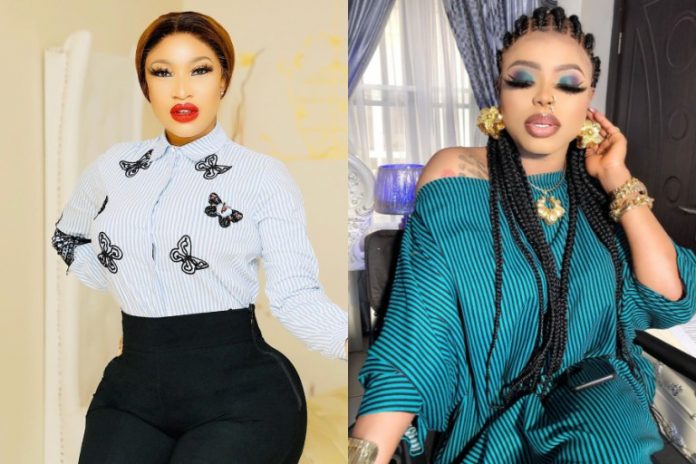 Popular crossdresser, instagram sensation and beauty entrepreneur, Idris Okuneye widely known as Bobrisky, has revealed that he is willing to give out the phone number of best friend Tonto Dikeh, if given the sum of N3 million naira.

In a video which he shared on his Instagram page, he revealed that a lot of “small, broke boys” according to him, are in his DM requesting to be hooked up with his friend.

According to the crossdresser, her friend is too clean for all this boys who have nothing to offer.

She however, said that if the sum of N3 million is paid to her account, she’ll readily give out the number.

See the video below:-