The son of Tonto Dikeh, King Andre whom the actress / philanthropist welcomed with her estranged partner, the Olakunle Foundation's Churchill Olakunle, spoke of having a father figure as he encourages his mother to have a boyfriend. 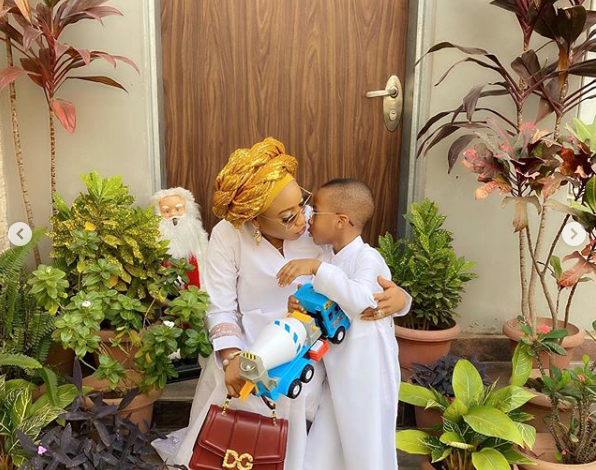 In a video shared on the instastories of the actress, King Andre was caught playingly telling his mum that she has his help in having a lover. Though, the young man would soon be only 4,years old, it seems he may indicate his need for a figure of father.

Before that, Tonto Dikeh has indicated that she has a new boyfriend, she has yet to be romantically associated with anyone particularly after she split with Olakunle Churchill.

See the link below for the video: