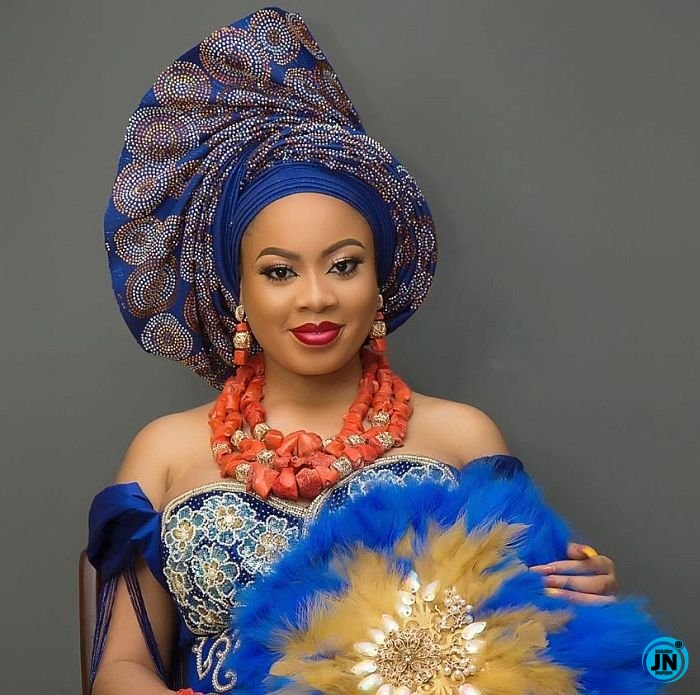 The new mum who welcomed her first child with her husband, Tony, in the U.S. two weeks ago, took to Twitter to share an adorable photo of her cuddling the new born.

Sharing the photo, the actress and reality star wrote;

“My sonshine …I’m so lucky to have you“. You may recall that, we sometime ago reported that, the 24-year-old reality star, who was a contestant in the 2018 ‘Double Wahala’ season of BBNaija, announced her pregnancy with a video debuting her baby bump four months ago.

Nina and her husband got married earlier in the year in a very private wedding ceremony, and she has since relocated to the U.S to be with him.

Rapper Iceberg Slim Reveals How He Cheated On Actress Juliet Ibrahim
“Ogun Faya You Ma” – Alex Ekubo Slams Troll Who Advised Actress, Yvonne Orji Not To Work With Him
’Coronavirus Is Disturbing This One’ - Bobrisky Says As He Exposes Man Who Sent Him These Messages
Laycon expresses shock as fan gifts him a s*x toy as birthday gift