BBNaija: ‘I Feel Everybody Is Ahead Of Me In Life’ - Sammie Says As He Cries Infront Of Angel (Video)
Posted by

Shine Ya Eyes housemates Angel, Jackie B, and Sammie's recent scene has Nigerians and lovers of the reality show talking on social media. 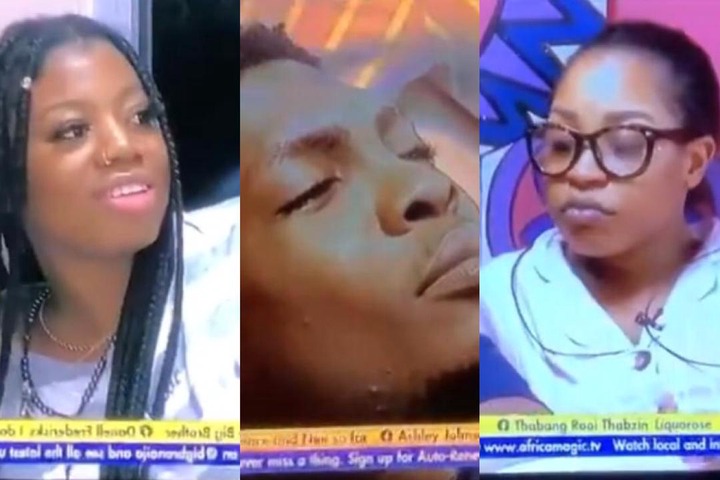 When Sammie and Angel were discussing something on the bed, the young man suddenly burst into tears.

In the statement he made, Sammie disclosed to Angel that he felt everybody in the house were ahead of him in life, and this makes him feel less of himself that he is not enough.

Sammie then cried and buried his face with his duvet. Angel was overheard soothing him with words of encouragement. Angel informed Jackie B that Sammie was crying as soon as she walked in.

Both women sooner knelt beside Angel to show him their support by petting him.

Watch the video below. Swipe left to see more:

Trust Nigerians to react to things like this and trust them to have different views on it.

Some social media users have responded to the scene, saying he was only playing the game as he is seeking pity votes while other claim what happened to him us natural and can happen to anyone.

Check out some reactions in the screenshot below: 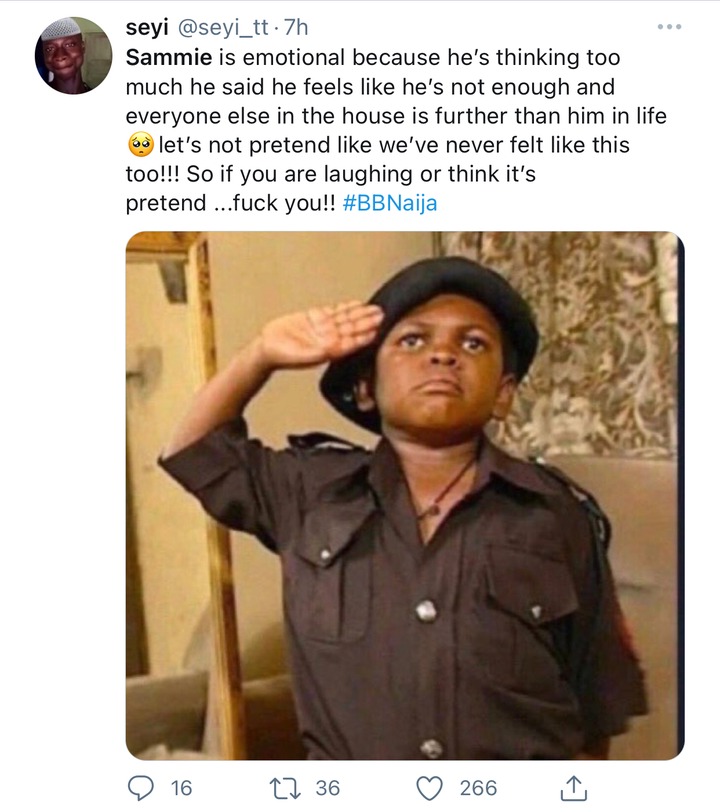 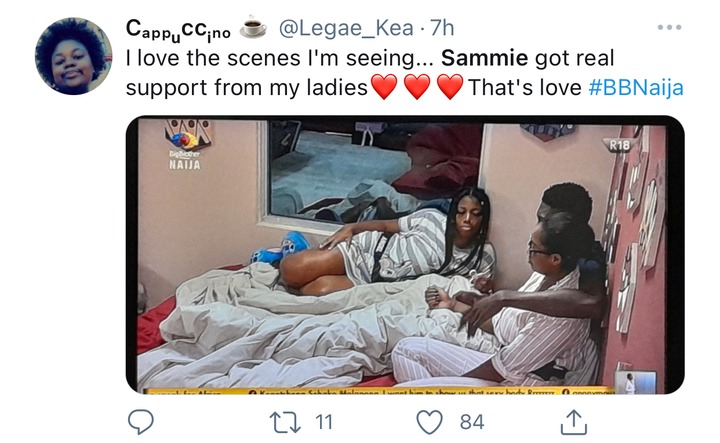